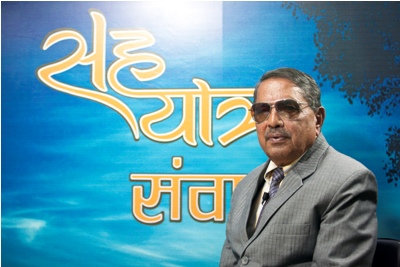 Senior pilot Balram Pant is a veteran pilot in the country. Flying the plane 40 long years with over 20,000 hours spent in the sky, he is living a retired life. Starting the career in Royal flight, that used to fly only the Royal families, he moved to the then Royal Nepal Airline Corporation and also served in few private sector airlines also. Here is an interview taken with him about his experiences: Excerpts

You have few the planes for 40 long years. Could you first share your experience on how entered into this career?

I had a childhood dream of becoming a pilot. After I completed my Intermediate on Science (I Sc) study in first division, I had to choose my career path. At that time, there was a tradition of the government sending good students for study abroad in engineering and doctors. There was not an opportunity for anybody who wished to become a pilot. So, I wanted the opportunity to study abroad where the subject can be changed. I got a suggestion from a person that subject of study can be changed in Russia. I also got scholarship to study in Russia in engineering. After learning Russian language for a year, I proposed the Russian university that I wanted to study to become a pilot. They initially hesitated but accepted my interest. And, after studying pilot, I started my carrier in the Royal flight that used to fly the royal family.

It was fully private airline for the royal family but the government used to allocate certain budget for the operation of this airline. Its flights used to be limited into carrying the royal families and the goods for the palace. We had to reach New Delhi, Kolkata and other places to take required goods for the palace. Initially, I used to fly Dakota plane and latter also operated sky van and Avro planes too after they were purchased. Meantime, the budget allocated for the Royal Flight was not sufficient to operate the airline regularly. So, it was merged with merged with Nepal Army’s aviation department. Helicopter service of the Royal Flight remained under the civil registration though but planes were registered under the army. For the civilian like us, there was nothing to do in army. Then, I entered to RNAC (Now, NAC) after serving eight years in Royal Flight

Do you have any sweat and bitter experiences for flying the former kings and queens?

I have the many experiences of flying the kings and queens in my carrier. People used to awe with me for getting chance to meet the King and the Queen. But, I found that late King Birenda and Aishworya very simple person and they used to treat very normally. I didn’t have any uneasiness while talking with them.

With RNAC failing to provide good services to the passengers, the private sector emerged in the aviation and they offered better services. But, many private sector airlines could not survive in the market because they had leased the planes and they failed to pay lease amount to the owners of the planes they were using. Nepal Airways where I worked was operating very well but was forced to shut down. I flew Avro and Chinese plane Y-12 II, the Chinese plane.

Do you think, the arrival of the private players in the aviation sector opened the door for more career opportunity for pilots in the country?

Obviously, after 1990, there were many opportunities for the pilots. Private airlines used to struggle get pilots for their plane. They used to use captain from the RNAC but used to struggle to find co-pilots. So, whoever came back studying pilot abroad, they used to pick them immediately. Such was the demand for pilot in the initial years. Later, they used to send people to study pilot by guaranteeing jobs in their airlines.

Lately, there has been increased incident of lane accidents. What could be the reason?

Accidents are happening due to sheer negligence. We have to understand the geography of this country where there many hills and mountains. May accidents have occurred due to error of pilot instead of technical errors?

You started with Dakota Plane and what types of other planes you flew in your long career?

You also flew the Chinese aircraft Y-12. What’ is your experience with it as there have been many criticisms of the plane here?

Nepal Airways had brought Y-12 II and I spent 3000-4000 hours in it only. At that time, this plane used to compete with Twin Otter on efficiency. It reached wherever the Twin Otter planes reached. It was operating very well. I don’t know why this plane is being criticized now. The plane I flew is Y-12 II which performed very well but don’t know why new version of encountered problems. I had asked a pilot having flying experience in both Y-12 II and Y-12E and he told me there is a certain problem such as it is difficult apply break without plane reaching certain speed. He however said that plane’s engine is very good.

There is claim that the plane is not suitable for Nepal’s geography. Is it true?

The Y-12 II which Nepal Airways and another airline company– Flight Care bought was operating very well like the twin otter planes and reached the country’s remotest areas such as Dolpa and Lukla . I don’t know why pilots are finding it difficult to go to the remote areas with new version of Y-12.

Did you find any problem with Y-12 II when did you handle?

The problem was seen sometimes in its break and reverse. Any aircraft encounters problem time and again. We have to check the plane before a flight.

New news report also says that there is also problem with language.

In Y-12, technical details are all written in English. The problem is however with proper communication Chinese trainer and Nepali pilots.

How about the availability of spare parts?

They were largely available. But, sometimes, one cannot bring all the spare parts. But, the Chinese company used to delay supplying spare parts while asked.

There has been a lot of negative publicity about the Chinese plane. Given this context, are there any scope Chinese planes in the market?

There were many domestic private sector companies operating international flights. But, all of them failed to continue. What could be the reason?

It is due to their inability to purchase planes. One of the private-sector companies–Cosmic brought jet in lease purchase and started international flights by offering service at much discounted rate. But, they failed to pay lease amount to the owner of the plane.

There are 18 airports not operating in the country although investment has been made in those airports. What could be the reason and cannot they be utilized?

The expansion of road made many airports unnecessary in many places. Another thing is that the plane could not get adequate number of passengers and was necessary to discontinue.

Lastly, as a veteran pilot, what is your suggestion for aviation and tourism sector to thrive?

Nepal has many potential in aviation sector. Instead of large number of airports, a few quality airports should be built. Because of the beauty of the country, there is a huge potential of tourism in the country. I have flown many countries–London, Frankfurt, New Delhi, Kolkata Singapore and Hong Kong, but there is no country which has beauty matching that of Nepal. I have conducted mountain flights for 2000-3000 hours. But, I never bored with those scenes.