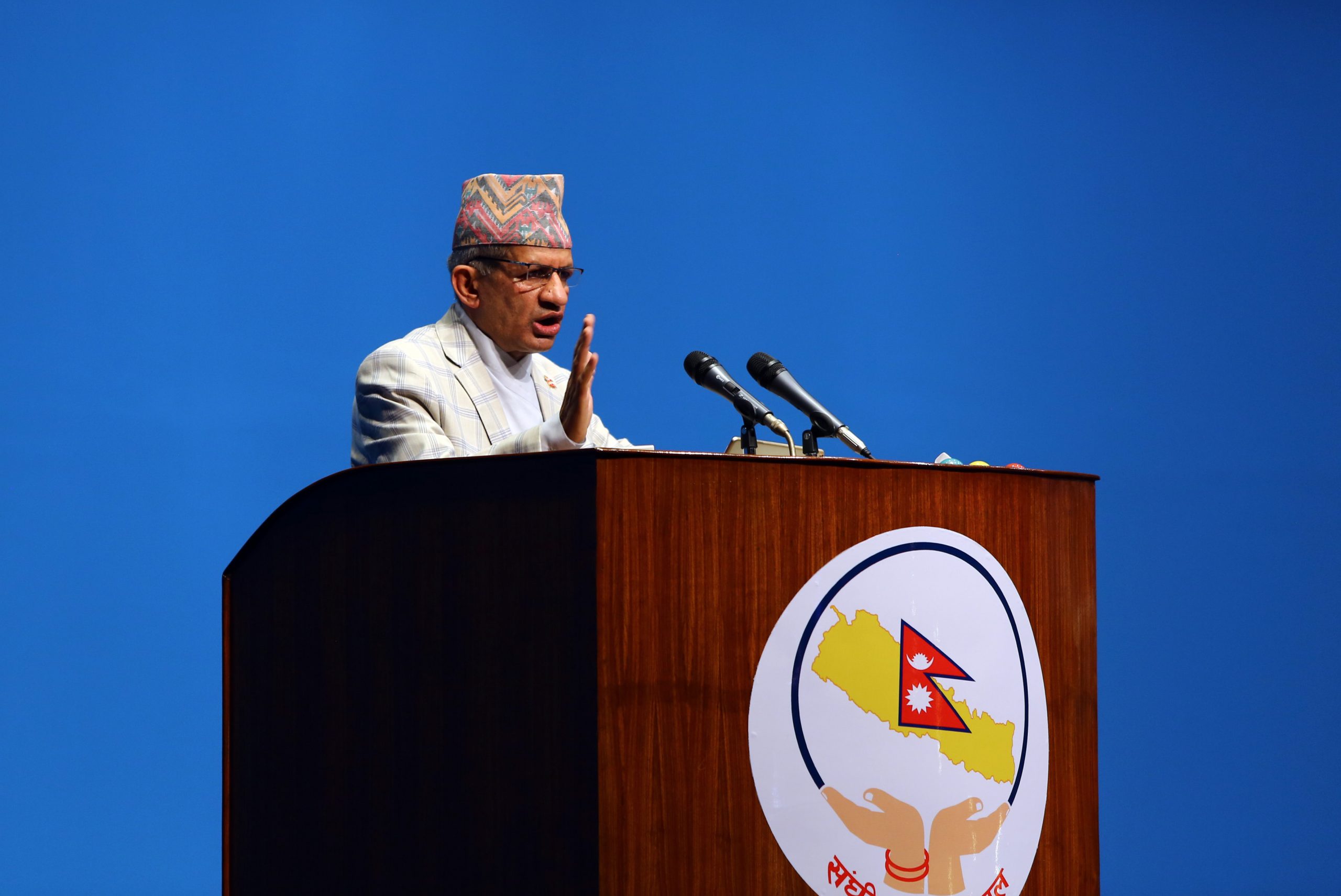 Referring to the talks held last Saturday between China and India amidst the Corona Virus pandemic, he said there was no reason for India to not want to hold a dialogue with Nepal. There is a need to address all outstanding issues in order to further consolidate and strengthen the Nepal-India relations. One major goal of Nepal’s foreign policy is to develop cordial and fruitful relations with various states and international organisations to realize the national aspiration of ‘prosperous Nepal, happy Nepalis’, he said.

The policy of the government is to gradually lessen the nation’s dependency on foreign aid, and make the country self-reliant. He stressed that statements that are not practical and do not help implement a sensitive and complex issue like a foreign policy should not be made. The foreign policy should be guided by maintaining balance between internal policy and external circumstances. Though the priorities of foreign policy and international relations may be sidelined for some time due to the very challenging situation created as a result of the Corona Virus pandemic across the globe, the government remains committed to translate its foreign policy to achieve national interests by redefining its activities based on the fundamental pillars of international relations.

He also made it clear that Nepal would not be involved in any kind of military or strategic alliance in any pretext including development partnership. “The government has been ensuring that mobilization of aid from development partners including the US is in the interest of the nation, and not against the territorial integrity, sovereignty and national independence”, the foreign minister said while clarifying over the issue of Millennium Challenge Corporation and other foreign aid. He also told the house that a letter had been sent to the British secretary of state for defense proposing discussion on the genuine demands of the British Gurkhas and on the 1947 tri-partite treaty. The efforts of the government to sign a bilateral treaty based on mutual respect, equality and interests with Britain shall be continued, the foreign minister added.