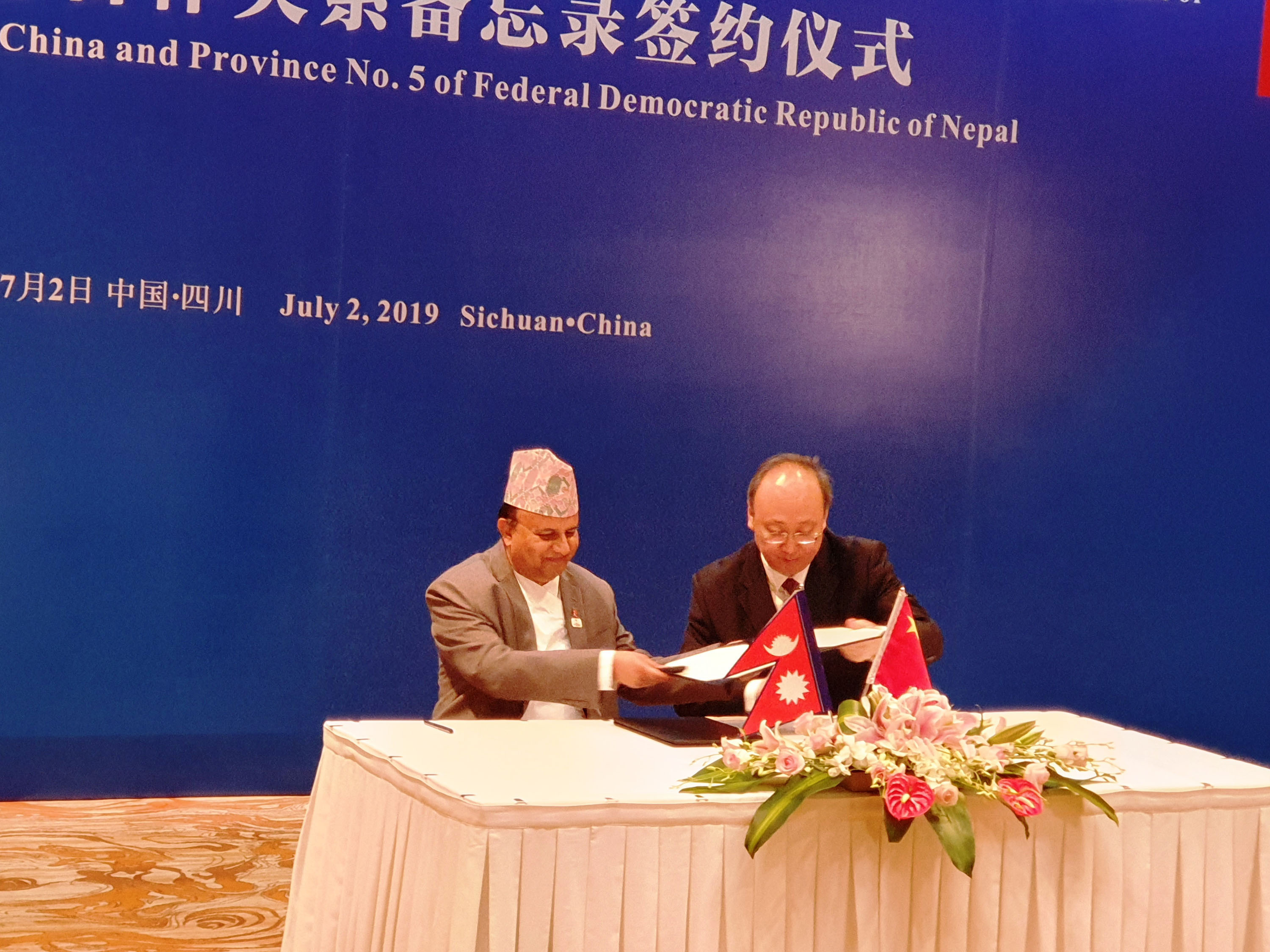 On the occasion, Chief Minster Pokharel expressed his confidence that the agreement would bring bilateral relations between the two countries to a new height. Likewise, Governor Li noted that Nepal and China have age-old and very cordial relations and the signing has charted a bright future course.

Pokharel also extended a message of Prime Minster KP Sharma Oli noting the relation among the state government, local government and people would further strengthen the ties between the two countries as well. The chief minister also extended an invitation to the Sichuan Governor for the visit to State-5 and Lumbini, the birthplace of Gautam Buddha.

On the occasion, Pokharel also noted that Nepali people are longing for the visit of Chinese President Xi Jinping and urged him to impart this message to the President. Chief Minister Pokharel had reached Chengdu on Monday on a visit at the invitation of the international Department of Chinese Communist Party.