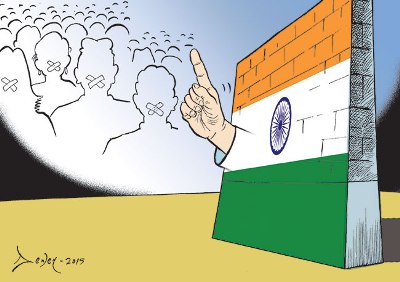 The visit to Bagmati, Lalbakeya and Kamala rivers could not be undertaken and the Committee visited the West Rapti River on December 7-8, 2015, as proposed by the Nepalese side, the Indian Embassy in Kathmandu said in a press release.

Cooperation in Water Resources and River Training are the most important areas of India-Nepal bilateral relations. India has been providing assistance to Nepal for the strengthening and extension of embankments along Lalbakeya, Bagmati, Kamla and Khando rivers.  The work is at various stages of progress and till date, NRs. 3670.66 million has been disbursed to Government of Nepal.

“India remains committed to continue working closely with Nepal for further strengthening its cooperation in all the areas of mutual interest, including in the area of water resources, and would extend assistance for river training and embankment construction on other major rivers,” the embassy said.