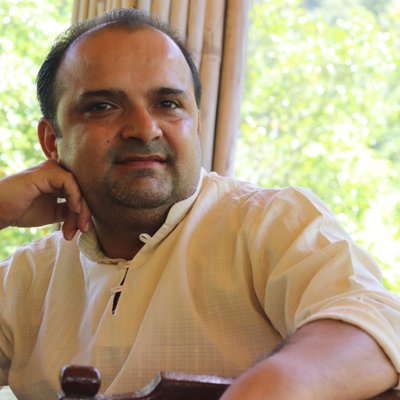 By Mahabir Paudyal (KATHMANDU, 4 June 2020) – How valid is the Indian assumption that Nepal is playing China card against India? Can the type of engagement Nepal has had with China over the past few years be called as Nepal playing China card?

The world, it seems, is obsessed with China. President Trump is raging against China and until recently there was a call from some Western countries for compensation from China for the loss caused by the pandemic outbreak.

In South Asia, the world’s largest democracy is in border conflict with China. Perhaps because of this, it has even linked what is purely a bilateral issue between Nepal and India to China factor. Here is a context in brief.

Over 300 square kilometers of landmass in Nepal’s western frontier, which Nepal says all evidence proves belongs to it, has been under control and occupation of India for at least last 60 years. The matter was raised time and again by Nepali side and Indian side always promised settlement through bilateral mechanisms.

When in November, 2019, the government of India published its new political map by incorporating Limpiyadhura-Lipulekh-Kalapani region inside the Indian territory, Nepal was taken aback and it promptly objected. Then when India’s Defense Minister Rajnath Singh on May 8 inaugurated the Dharchula-Lipulekh road, Nepal felt deeply alarmed. It published its new map putting those territories inside Nepal.  Political parties, people and media are with the government on this particular issue, as I write this on June 4.

There have been different interpretations of these contexts. Many think the new map is a ploy of Prime Minister K P Oli to hide the incompetence of his government to handle the Covid-19 crisis and to control corruption. On these two fronts, the government is failing so disastrously that this could become a sufficient reason to unseat him from power. But that does not explain Nepal’s position on Limpiyadhura-Lipulekh-Kalapani region.

In New Delhi, from newspaper commentators, former ambassadors to Nepal to scholars to military and strategist thinkers, all agree on one assumption: Nepal is playing China card against India by raising border issue.

India’s suspicion of China at this moment is understandable. India is in serious military standoff with China on its northern frontiers for over a month. Let us hope China and India will soon sit for diplomatic dialogues to deescalate the tensions.

Let me turn some pages of history.

India-China diplomatic relation is much older than Nepal-China diplomatic relation.  Actually India was the first non-communist country to establish diplomatic ties with communist China in 1950, before Chinese ‘liberation’ of Tibet.  For a decade after that, until the border war of 1962, the relation between the two countries was guided by the spirit of Hindi-Chini Bhai Bhai (India and China are like brothers), at least officially.

Needless to say, the 1962 war between China and India came as a damper and spoiled many things but since Rajiv Gandhi’s overtures for mending the fences in 1988, many things have fallen in proper shape between these two countries. Post 1962, India-China relation has been driven by the sense of competition, cooperation, rivalry and occasional border conflict.

China and India differ on key global questions. India is against China’s Belt and Road Initiative (BRI) projects and is a close ally of the US under its Indo-Pacific Strategy, China’s bête noire.

Yet, China-India engagements spread far and wide. High level exchanges between the two have been too frequent (especially after 1988).  Every two or three years, either a Chinese president or premier is in New Delhi or Indian president or Indian PM is in Beijing.

Communist Party of China (CPC) has friendly exchanges with Indian political parties. There have been 16 bilateral meetings between President Xi Jinping and Prime Minister Narendra Modi since 2014. Around 50 dialogue mechanisms exist between China and India for exchanging views on various bilateral, regional and global issues. Trade between China and India has grown to nearly $100 billion. More than 1,000 Chinese companies have their investment worth more than eight billion dollars in India. There are Confucius institutes and Chinese language centers. Around 20 universities in India offer Chinese courses. In fact, China-India cooperation runs wide and deep.

Nepal’s diplomatic relation with China was established despite, or because of, India. India went for diplomatic ties with China soon after communist takeover in 1949 but it would not want Nepal to do so the same.

India was controlling most of Nepal’s foreign policy moves, mainly our engagement with China and the US. Tendency in Nepal between 1951 and 1955 was such that Nepali leaders, including King Tribhuvan, B P Koirala and Matrika Prasad Koirala, used to seek guidance from India on domestic matters as well as Nepal’s relations with the rest of the world, particularly China. TR Ghoble writes in Nepal-China Relations and India: “India was instrumental in blocking the direct relations between Nepal and China” and China was also keen to come to prior understanding with India before making any approach to Nepal (122).

S D Muni corroborates Ghoble in Foreign Policy of Nepal: “Government of Nepal was in close touch with the Indian government while negotiating with China” (110).

In fact, Nepal could pursue engagements with China to establish diplomatic relation mainly after Sino-India Treaty of 1954 which had materialized after Prime Minister Jawaharlal Nehru’s China visit in 1954 (Ghoble,40). Even so, though Nepal’s diplomatic relation with China was established in 1955, thanks mainly to drastic departure from ‘ask-India-first’ policy by Prime Minister Tanka Prasad Acharya, embassy of China was not opened in Kathmandu until 1960 because New Delhi was averse to it.

Until 1960, Nepal’s relation with China was not free from New Delhi’s gaze and influence. So much that BP Koirala had to take counsel of Indian ambassador in Beijing before signing the border agreement with China (Muni,120). He is said to have turned down treaty of peace and friendship, non-aggression pact offered by China, and even the proposal of Araniko Highway considering India’s interests (Muni,129). The Chinese on their part, despite being on bitter terms with India, always encouraged Nepal to remain in the best of the relations with India. BP Koirala recounts his conversation with Prime Minister Chou En Lai in Beijing in 1960. BP tells him that India has provided 180 million rupees in economic aid. Chou En Lai tells BP then “we will provide you a little bit less than that.” BP asks why. Chou En Lai tells him because it would look like “we are trying to compete with India” (Atmabrittanta, 226).

As a matter of fact, Nepal started to pursue its policy on China independently of India after King Mahendra assumed absolute power in 1960.After 1990’s political change, Nepal somehow came to allow India to have greater say in its relation with China. Nepali people have seen how, after political change of 2007, India was visibly involved in Nepal in matters including making and breaking the governments.

Only after the 2015 blockade, Nepal started to make some serious and meaningful approach toward China to diversify its trade, connectivity and transport. Nepal was accused of playing China card even then, while the fact of the matter was that New Delhi had left no breathing space for Kathmandu and only available option at the time was to look north.

On Nepal’s claim on Lipulekh-Limpiyadhura-Kalapani region, Indian allegation of China hand is even more fictitious because China and India have signed multiple agreements, the most recent one being that of 2015, to the effect of using Lipulekh pass for trade between the two countries and for pilgrimage to Kailash Manasarovar in Tibet without taking Nepal’s consent.  Nepal is aggrieved with China as much as with India over this matter. General perception in Kathmandu is that China and India are in collusion to use Lipulekh for their mutual benefits.

The nervousness coming from Indian political and intellectual community regarding Nepal’s engagement with China echoes New Delhi’s Nepal policy of the 1950s when it thought Nepal was not capable of handling defense and foreign affairs, when Nepali leaders would take counsel from India before making a trip to China. Through this lens, every engagement of Nepal with China looks like Nepal playing a China card against India.

Nepal was accused of playing China card when King Mahendra took over in 1960, when Araniko Highway agreement was signed in 1961, when Nepal purchased weapons from China in 1989, and when pushed to the precipice, Nepal signed the trade and transit agreement with China in 2016. Nepal’s mapping of Lipulekh-Limpiyadhura-Kalapani region has also been given China card color. I am tempted to say India has used China card as a tool to check Nepal’s engagements with China.

We have come a long way since the 50s. In Nepal, there is a growing rise of youth and academics with awareness, interest and knowledge of geopolitics. They closely watch overtures to Nepal from the outside world and Nepal’s response to the outside world. International relations of the government are under greater public scrutiny in Nepal than in the past.

Many politicians and opinion makers in India also seem to think some leaders in Nepal are more pro-India than others and therefore they have to be used to safeguard India’s interests in Nepal.  Nepali leaders are responsible for creating pro-India, pro-China impression for they have tended to seek external support even for smallest of favors.

But the idea that there are permanent “assets” in Nepal in relation to China and India is also faulty. Yes, some of the Nepali leaders have overtly worked to serve India’s interests at Nepal’s cost. They have also at times tended to become pro-India or pro-China. But at the end of the day most of them have had rude awakening.

Nepali Congress, which Indian commentators seem to think is India’s “asset,” was the first party to demand establishment of diplomatic relations with China in 1951 through its Working Committee (Muni, 83). Congress was also using China as a fall-back option in 1950. Dilli Raman Regmi, who later turned out to be a trusted ‘asset’ of India (he was instrumental in finalizing the draft of Aide Memoire of 1954 which sought to restrict Nepal’s engagement with outside world mainly with China) was among the one to tell India that if it did not support Nepali Congress in its anti-Rana struggle it will turn to China for help (Ghoble, 39).

It was not only King Mahendra, but also BP Koirala, who advocated for China’s rightful place in the United Nations. More recently, when Nepal signed the MoU on BRI—the main claim of New Delhi that Nepal has gone into China’s hands stems from this—in May, 2017, Congress leader Prakash Sharan Mahat was Nepal’s foreign minister.

On Lipulekh-Limpiyadhura-Kalapani, Nepali Congress leaders like Minendra Rijal and Gagan Thapa are pursuing this cause as aggressively as their counterparts in ruling Nepal Communist Party (NCP).

Yes, there could be “assets” of different kind: Those who act in anticipation of gains, who project themselves as India-friendly to serve their vested interests. But they misinform, provoke or tell New Delhi only what it wants to hear. They are the people New Delhi should never rely on.

Few seem to have understood Nepal’s foreign policy predicament better than American scholar Leo E Rose who wrote these lines in 1980 in Nepal: Profile of a Himalayan Kingdom: “Small countries situated in highly strategic areas between larger and more powerful neighbours must, by necessity, formulate strategies and policies that reduce their vulnerability and exploit opportunities.”

Reducing vulnerability and exploiting opportunities is at the core of Nepal’s engagement with China and India.

Rose wrote in the same book: “The strategies available to countries in Nepal’s geostrategic situation are limited in number: isolation from the surrounding world to the greatest extent possible, acceptance of a subordinate position to the dominant power in the region, or a delicate exercise in the balancing off of surrounding powers in order to limit their capacity to interfere.”

There is no China card here. Nor India card.

This article first appeared in myrepublica.