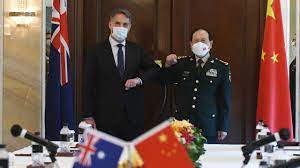 “It was an opportunity to have a very frank and full exchange in which I raised a number of issues of concern to Australia,” Marles told reporters in Singapore, on the sidelines of a security summit.