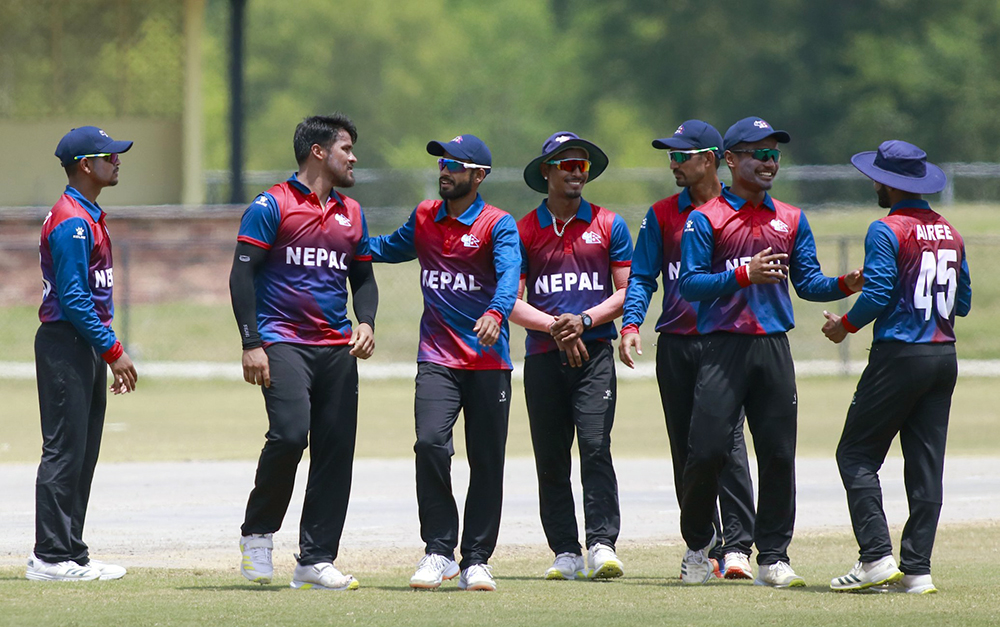 Kenya lost to Nepal by four wickets. Nepal made 160 runs losing six wickets in 19.3 overs against Kenya’s target of 157 runs. Nepal’s Gyanendra Malla contributed the highest for the team with 46 runs while Arjun Saud, who played in the debut match, contributed 35 runs for the team Nepal. Likewise, Rohit Poudel and Pawan Saraf gathered 29 and 20 runs, respectively.

With this win, Nepal has leveled 2-1 in the five match series. In the first match, Nepal had defeated Kenya by five wickets, while Nepal was lost to Kenya by 18 runs in the second match. Nepal and Kenya would play the fourth match on Monday.