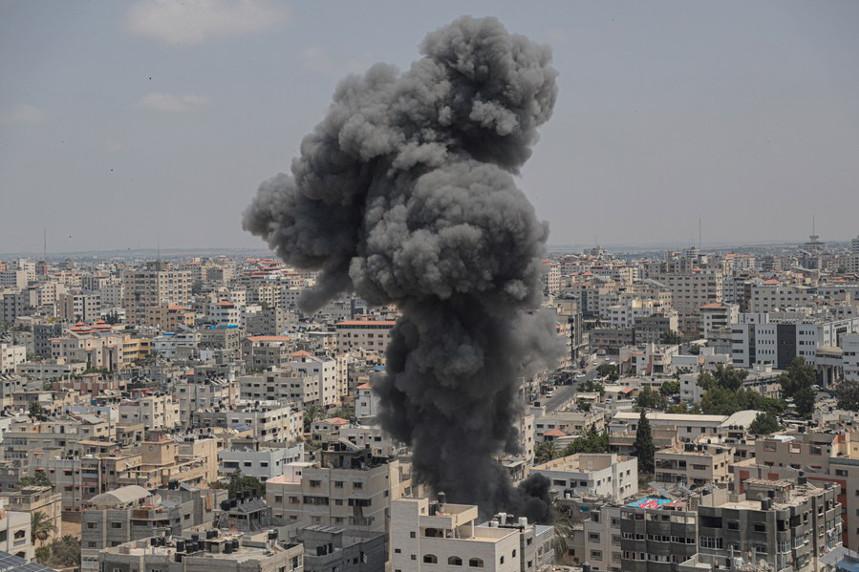 (Xinhua)-  At least 24 Palestinians have been killed and 215 injured as Israel and the Palestinian Islamic Jihad (PIJ) continued their exchange of fire for the second day.

The fatalities include six children and two women, the Gaza health ministry said on Saturday in a press statement sent to Xinhua. The Israeli air force on Saturday night targeted a house in the southern Gaza Strip city of Rafah without warning, killing two Palestinians and wounding more than 30 others, Palestinian security sources told Xinhua.

Israeli army spokesman Avichai Adraee said in a statement that the raid targeted Khaled Mansour, the commander of the southern brigade of PIJ. PIJ didn’t confirm the death of Mansour, but announced the killing in the raid of Ziad Al Mudallal, one of its members.

Meanwhile, at least five people, including four children, were killed and 15 others injured on Saturday night by an explosion in the refugee camp of Jabaliya in northern Gaza, according to Palestinian sources. Israel denied being responsible for the explosion, saying that a rocket misfired by the PIJ militants caused “the tragic killing of the children” in Jabaliya. Enditem