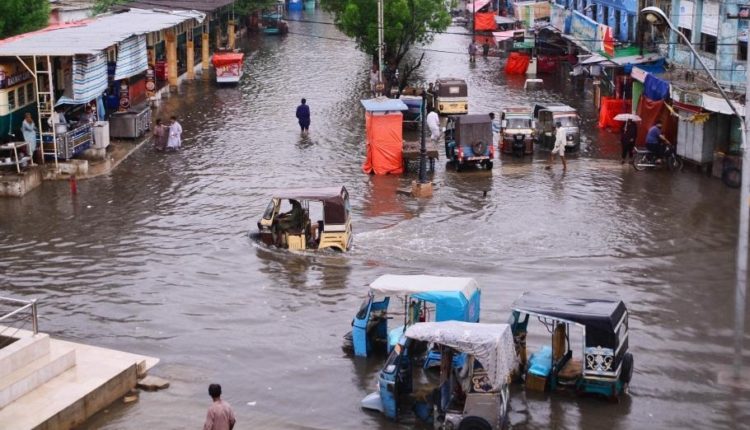 Xinhua (21 August 2022)  – At least 36 people were killed and 145 others injured in heavy monsoon rain-triggered flash floods and other rain-related incidents during the last 24 hours in Pakistan, the National Disaster Management Authority (NDMA) said Saturday evening.

According to a report released by the NDMA, at least seven children and five women were among those who lost their lives in different rain-related incidents across the country. The country’s southern Sindh province was the worst-hit region with 18 killed and 128 others injured, followed by northwest Khyber Pakhtunkhwa province with 11 deaths, and eastern Punjab province with seven deaths, the NDMA said.

The report said that 27,870 houses were destroyed in the country, with 10,860 fully destroyed and 17,010 partially destroyed. The total death toll in Pakistan from this season’s monsoon rains since mid-June has reached 728, including 156 women and 263 children, along with 1,291 others injured, the NDMA said. Additionally, 116,771 houses, 129 bridges and 50 shops have been destroyed, it added. Rescue and relief operations by the NDMA, other government organizations, volunteers, and non-government organizations are underway in the flood-hit areas.

Army troops reached affected areas in interior Sindh and its capital city Karachi with flood relief equipment, a statement by the Inter-Services Public Relations (ISPR), the media wing of the Pakistan Army, said Saturday night. The army rescue teams have been carrying out dewatering operations and ration distribution in affected areas of Sindh, the ISPR said, adding that the reserve rescue teams are on high alert to meet any emergency in the wake of continuous rains and urban flooding in Karachi and interior Sindh.