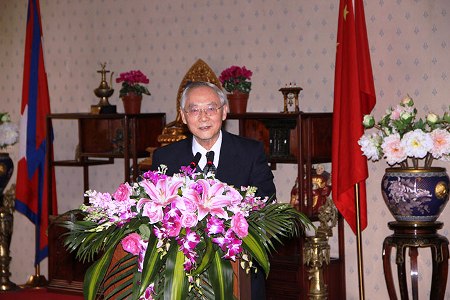 How do you recall your ambassadorship in Nepal?

What was focus during your tenure?

My focus was on promoting economic and trade relations. During my tenure, major projects under Chinese assistance such as Seti River Bridge in Pokhara and B.P Koirala Memorial Cancer Hospital in Bharatpur came to completion. China also provided support in sports when Nepal hosted SAAF game. We started construction of Rasuwa-Syphrubesi highway which is of strategic importance for both Nepal and China.

How do you think can Nepal benefit from rapid economic development of China?

China’s economic development will definitely benefit Nepal in a number of ways. Only last year the Chinese government doubled its economic aid to Nepal. The more China is prosperous, the more it can extend economic support to Nepal. China has been supporting in Nepal’s socio-economic development over the decades. It is now extending its railway up to Shigatse and it is expected to reach up to Kerung by 2020. We can bring goods and products to Nepal via this railway. Once the railway reaches to Kerung from Shigatse, it will certainly reduce the transportation costs of Chinese goods to be exported to Nepal from various parts of China via Tibet Autonomous Region.

Do you see the possibility of Chinese railway expanding up to Kathmandu and finally reaching up to Nepal’s Terai plains?

There are some difficulties here. Nepal has high Himalayas and Tarai plains as well. However, according to our experts it is technically feasible to expand Chinese railway to Kathmandu and later on up to Tarai. Nepal should begin preparations from now on if it wants to connect Chinese railway with its capital. I mean Nepal needs to develop physical infrastructures on its side for this. Both countries can work for that. I believe it will greatly help in Nepal’s socio-economic development.

What should Nepal do to achieve economic development?

It is very important for Nepal to keep its internal situation stable first. If your government changes very frequently, that directly affects economic development. I mean you can’t concentrate on economic development.  China is increasing its aid to Nepal to enhance bilateral cooperation. I hope Nepal will keep its domestic situation stable so that China’s cooperation projects can go smoothly.

How do you see promulgation of new constitution in Nepal?

I have been following political developments in Nepal though I left the country long time back. Frankly speaking, democracy in Nepal has been implemented in a very short period of time. Nepal can have a very strong government under the leadership of any political parties, which is purely an internal affair of Nepal. We don’t care which party leads the government in Nepal. We think that if there is stable government bilateral cooperation projects can go smoothly and effectively.

There have been discussions about setting up economic corridor between China, Nepal and India in the recent years. What is your comment on this?

Chinese side is always ready to set up an economic corridor to promote economic cooperation. But, I think, India will not join hands to materialize this concept. They (India) believe Nepal should be only under their ‘sphere of influence.’ Our foreign minister Wang Yi recently said China and India should work together to help Nepal and they should not develop sense of rivalry  while working in Nepal. This is our real intention toward Nepal. We take Nepal as a friendly neighbor and we don’t consider it our ‘area of influence.’ We treat Nepal as an equal, independent, close and sovereign friendly neighbor. If India doesn’t consider Nepal as such, setting up economic corridor among the three countries is not possible. India should change its mindset about Nepal.

Do you think Nepal can act as a bridge between China and India?

I know there are such feelings among Nepalese. China really supports this idea. But I don’t think India thinks in the same way. It all depends on whether India comes to an agreement on this or not.

Finally, what is President Xi Jinping’s priority on neighbors?

President Xi Jinping’s leadership has given top priority to China’s relations with neighboring countries. One Belt One Road initiative and establishment of the Asian Infrastructure and Investment Bank are the steps taken by current leadership toward this direction. This will greatly help to enhance economic cooperation among China’s neighboring countries.

(Mr. Zeng is a former Chinese Ambassador to Nepal. He recently traveled to Nepal in course of launching a book entitled “You and Me : Stories of China and Nepal”. The interview was originally published in the Asia Pacific Daily, Kathmandu in February 2016)