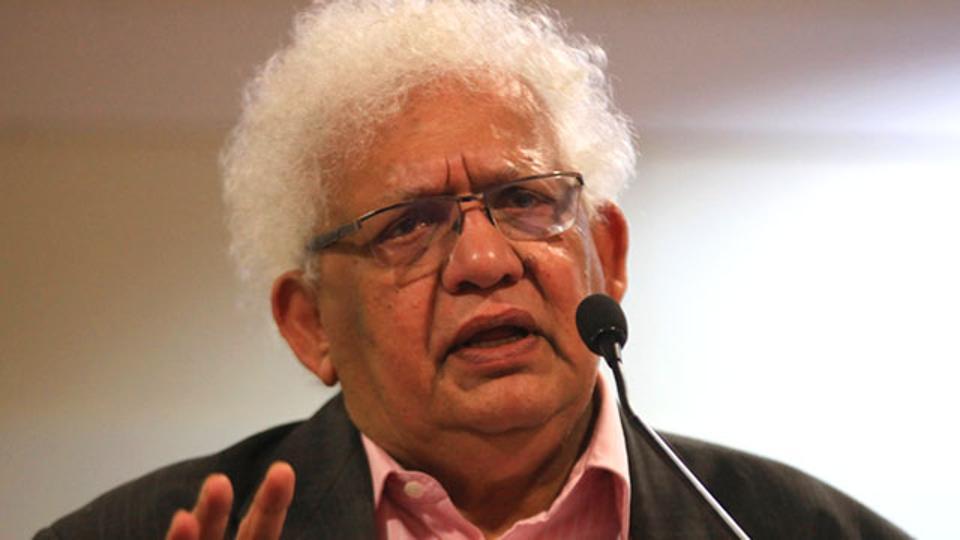 By Meghnad Desai (27 May 2018) – Indian democracy managed like most others by granting the elected members of a legislature the freedom to ‘cross the floor’ i.e. quit the party which s/he originally joined and to join another party. (Express photo by Ravi Kanojia)

Every political party in India swears by the Constitution. ‘Save the Constitution’ is a constant cry on all sides. Yet the Indian Constitution as drafted by the Founding Fathers (and a few mothers) has been much abused over the years. It has been amended many times, if anything, to make it lose its original liberality.

Its Preamble was amended during the dark days of the Emergency. In the original, India was described as a sovereign democratic Republic. But Indira Gandhi during her Emergency, having abolished democracy, added the extra words, secular and socialist. This outrage has not yet been corrected.

The secular nature of the Indian polity is written into the Constitution. But the idea that India is socialist is a mockery of the idea of socialism. What is worse is that the Representation of People’s Act enjoins that any political party which wishes to contest an election has to declare that it abides by the principles of socialism. No one has moved the Supreme Court to argue that this is a violation of the principle of free speech and freedom of expression. Why should all political parties have to be socialist? In fact, how can politicians go on pretending that India is a socialist country just because a dictator declared it to be so? Is the Shiv Sena a socialist party? Is even the Samajwadi Party socialist? Why do all political parties swear that they are socialist?

The recent events in Karnataka are a reminder of another outrage that was perpetrated during Rajiv Gandhi’s days. Until 1985, Indian democracy managed like most others by granting the elected members of a legislature the freedom to ‘cross the floor’ i.e. quit the party which s/he originally joined and to join another party. This happens in many democracies. The 1985 amendment embodied in the Tenth Schedule enslaves an elected member to his/her party. Legislators lose the freedom of opinion to be able to change their mind. They have to obey the party whip in every way. In the UK, MPs have a right to defy the party whip and cross the floor if they wish. Jeremy Corbyn defied the party whip dozens of times and is now the party Leader!

The results of the Tenth Schedule have been obvious for all to see. A party can treat its legislators like prisoners. During the Rajya Sabha elections in Gujarat, all the legislators were bundled off to a hotel in Bangalore. This has been repeated by every party time and again. Thus the party does not have any trust that its elected embers are sincerely in agreement with their party’s philosophy. The legislator you elect has no freedom of speech inside the legislature.

How can a Constitution be regarded as worth defending when it has been corrupted by such undemocratic gestures? If the country managed for 35 years without the anti-defection law, why was it necessary to introduce it? No doubt there were defections which brought governments down. But after it was passed, far from stabilising politics, the party system disintegrated into many small parties. The rule that two-thirds of a party has to quit to form another party gives incentive to having small parties,which have fractured, unprincipled politics.