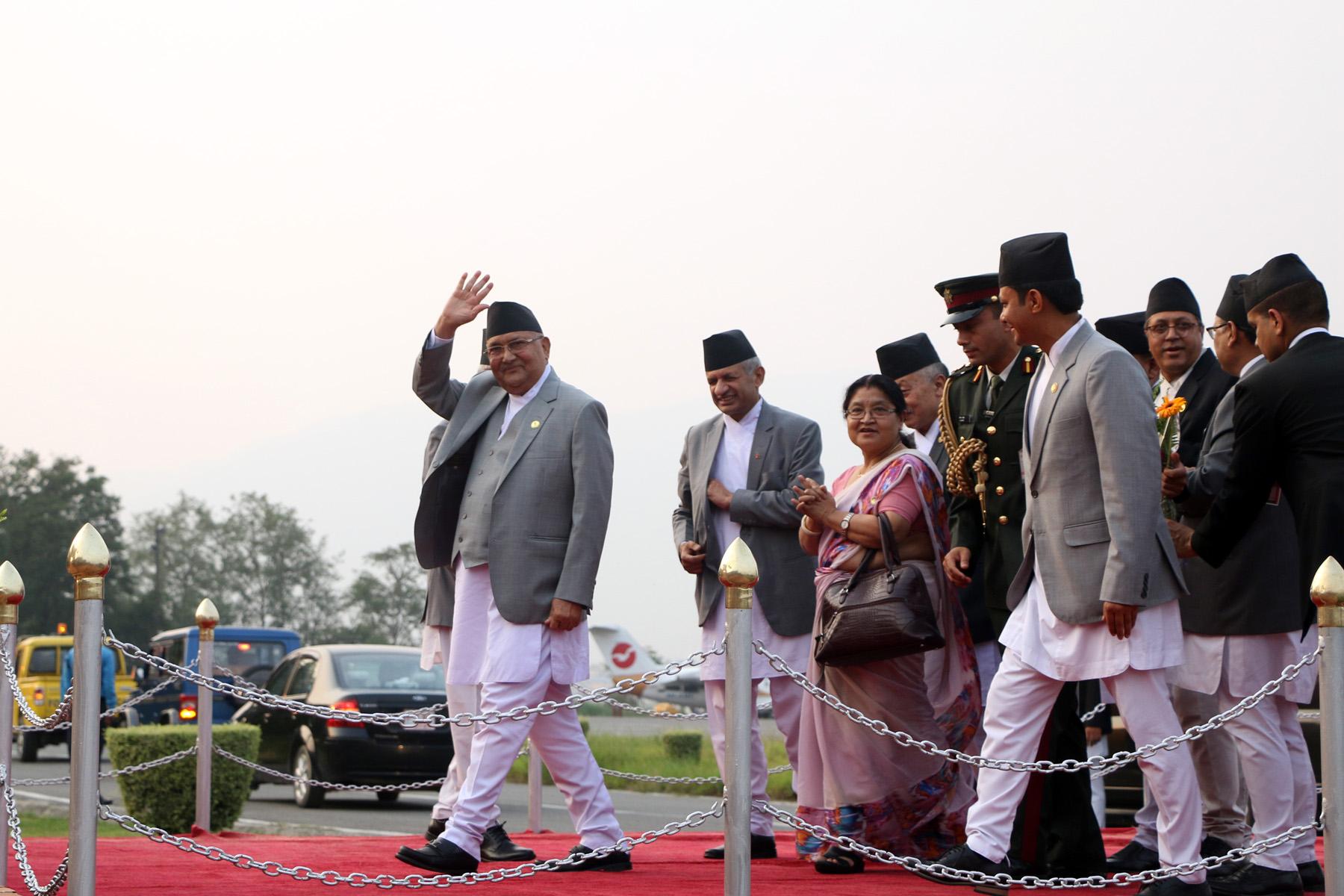 Prime Minister KP Sharma Oli returned home this late afternoon. He returned back from New Delhi after attending the swearing-in ceremony of Narendra Modi, re-elected the Prime Minister of India.

On the occasion, a contingent of the Nepal Army presented a guard of honour to Prime Minister Oli. The Prime Minister was one of the eight Heads of State or Governments including BIMSTEC leaders invited by the Indian Prime Minister as special guests for the inauguration ceremony.

Earlier, during his maiden swearing-in ceremony, Prime Minister Modi had invited SAARC Heads of State or Governments including then Prime Minister Sushil Koirala. PM Oli had the meeting with the Indian PM Modi at Hyderabad House in New Delhi on Friday itself.

During the meeting, the two Prime Ministers exchanged views on maintaining the momentum generated in the recent past and expressed commitment to taking bilateral relationship to a new height.

PM Oli congratulated, on behalf of the government and the people of Nepal and on his own, Modi on his assumption of office for the second term as well as for the grand electoral success of Bharatiya Janata Party and the National Democratic Alliance in the recently held Lok Sabha elections.

He also extended best wishes for the successful tenure of office of the Prime Minister of India and offered a rudrakshya bead as a special gift. Moreover, PM Oli conveyed congratulatory messages and the best wishes from the President of Nepal to Indian PM Modi.

The Indian PM thanked the PM Oli for accepting the invitation and participating in the swearing-in ceremony. Both the Prime Ministers expressed happiness over the progress made in Nepal-India relations under their respective leadership. The two leaders underlined the importance of regular exchange of high-level visits between the two countries in order to further strengthen bilateral ties and advance cooperation in all possible areas for the mutual benefits of the two countries.