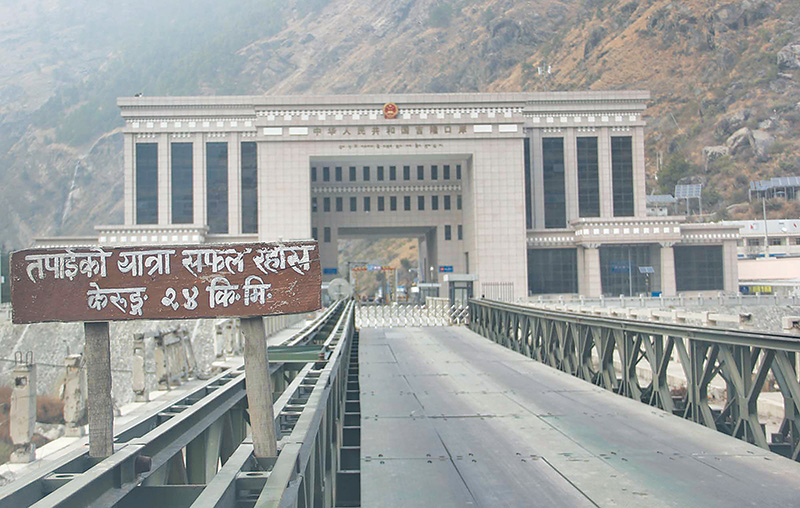 Nepal Foreign Affairs (KATHMANDU, 6 June 2019) – Construction of a Nepal-China friendship concrete bridge at the bordering Rasuwagadhi transit point has been over.

The project funded by the Government of the People’s Republic of China aims to increase trade between the two countries, said Deputy Superintendent of Police of Armed Police Force, Jiban KC.

Traffic has been allowed along the bridge from today, he added. The new bridge replaced the one damaged in the earthquake of 2015. At least 100 cargo trucks ply the road along the border on a daily basis.