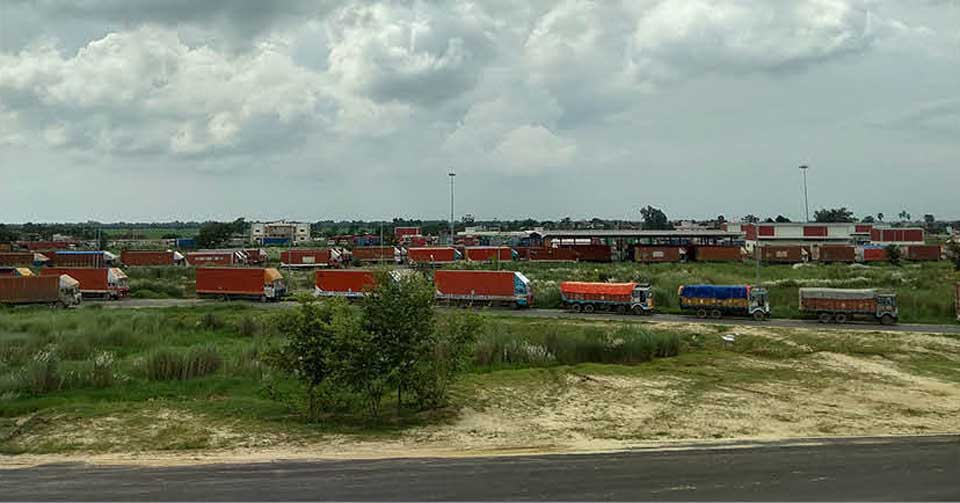 Kashiram Sharma (RSS, 13 June 2019)- Construction of the under-construction dry port in Nepalgunj has taken a slow pace, thanks to apathy of Indian side.

Indian side is responsible to undertake some construction of the project.But Indian government is less concerned about it, said engineer Hom Nath Bhusal at Nepalgunj-based federal project implementation unit office.

Nepali side has completed some of its share of work for the project like land acquisition, while construction of 2,700 meters approach road from Chaulika of Nepalgunj to the port site is underway.

No construction work has been carried out so far in this fiscal year of 2018/19),” he said. Indian side is learnt to be working on the bidding process in this regard, he added. Nepal government has acquired 89 bighas of land for the project in the fiscal year of 2065/66, which has however turned into an animal grazing field without proper use. Indian side’s apathy towards the project has cast doubt over the construction of the port. The project being in limbo and a delay has affected the business community of the area in particular including medicinal herb entrepreneurs, said Mohammad Yakub Ansari, central chairperson of the Herbal Entrepreneurs Association of Nepal. The Nepal government should take initiatives in completing the project soon, he demanded.