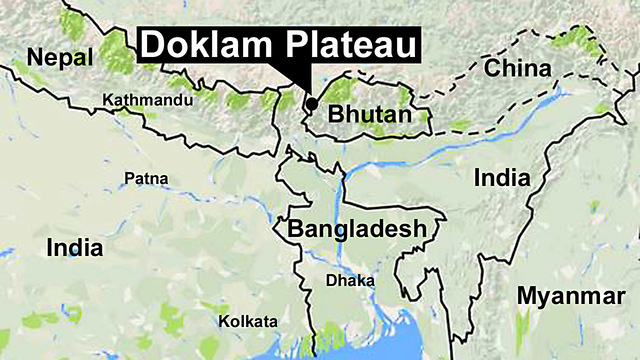 By Wang Wenwen (22 August 2018) – China’s Defense Minister Wei Fenghe is embarking on a four-day visit to New Delhi Tuesday. This is an important visit to further improve Sino-Indian relations. Regular communication between military leaders of the two countries is one of the foundations of mutual political trust.

China and India are wise to downplay tensions and work toward the goal of leaving the Doklam standoff behind and improving all-round ties.

For a long time, military relations often became the most sensitive spot between the two sides.

For China and India, who have fought a war over territorial disputes, the scars left on bilateral ties are deep. The Doklam standoff, which set bilateral ties in a state of disrepair, deepened distrust. How to restore mutual trust is the big question.

The meeting between the two defense ministers will help create conditions for the settlement of border disputes, and will also help the two sides explore long-term military communication and conflict-control mechanisms in the border areas. This is the right direction for China and India to finally resolve the border issue through political channels.

Amid the Doklam standoff, some Indian journalists were invited by China’s defense ministry to visit and had face-to-face dialogue with senior officers of the People’s Liberation Army. In July, a Chinese military delegation visited India to promote strategic trust and cooperation between the two armies, another sign of improving bilateral ties.

It is worth noting that exactly one day before the visit of China’s defense chief, India and Japan agreed to begin talks on a pact that would allow them to share defense capabilities and supplies including fuel and ammunition. They also decided to expand defense ties and hold their first-ever joint army exercise later this year. Japanese media outlets indicated that the raison d’être of such intimacy between New Delhi and Tokyo is to counter a rising China.

As a country that promotes multilateralism and encourages cooperation, China does not view cooperation between India and Japan narrowly. India is a regional power, and of course it needs to expand and develop military cooperation with neighboring countries. China is willing to see India’s efforts in promoting regional security and stability through cooperation with its neighbors and strategic partners.

We believe that the Japanese media’s analysis will not become the policy choice of the Indian government. Any efforts to form an alliance to thwart China’s rise in the Asia-Pacific will be futile.