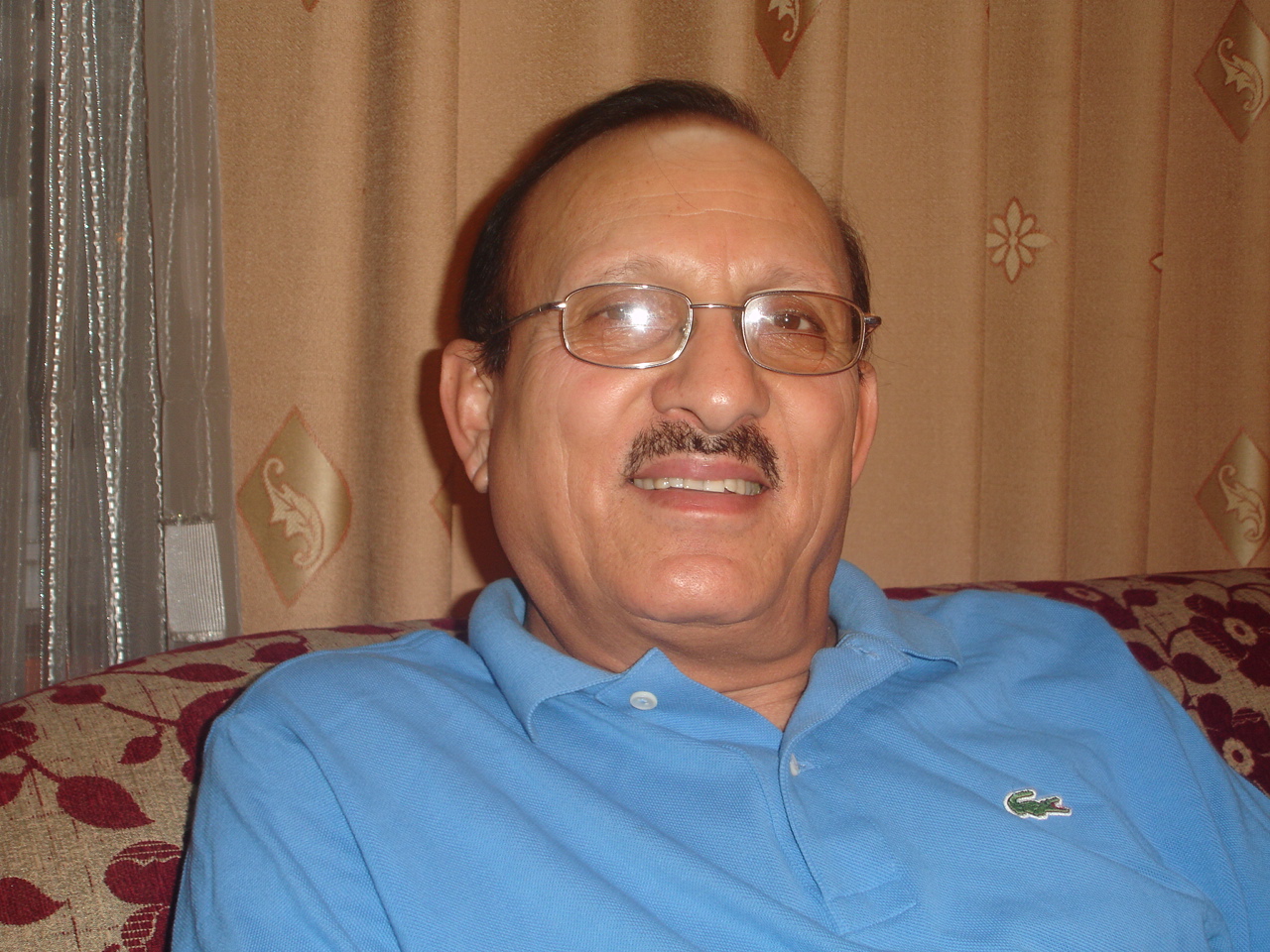 Nepal-China diplomatic relations have completed six decades of productive journey. Greetings were exchanged between the HoS/HoG of both countries in celebration of the occasion, expressing satisfaction over the bilateral ties of friendship. This is naturally a fitting occasion for celebration for both countries. In fact relations between our two countries stand as the perfect example of good neighborliness.

The government of Nepal has always been standing firmly in favor of “One China” policy recognizing Tibet as the integral part of China. In every high level visits, Nepalese leaders have reiterated this principled stand and also stated categorically that it would not allow Nepalese territory to be used against activities hostile to China The countries which share a common boarder stretched for around 1400 km don’t have any major problem, another example of our good and harmonious relations.

Super power in the making

In a very forcefully written, lively book, ” When China Rules the World”, that is full of projections and predictions, celebrated writer, Martin Jaques states that, “According to projections by Goldman Sachs in 2007,Chinese economy will be the same size as the US economy in 2025,with the Indian economy the fourth largest after Japan. By 2050, they project that the largest economy in the world will be China, which will be almost twice the size of the US, with Indian economy a close third, almost on a par with the US! On the basis of those projections, he concludes, “China will soon rule the world. But, in doing so, it will not become more Western. Time will not make China more Western.

It will make the west and the world more Chinese’! And, China is already beginning to deliver on the prophesy ! It has been the major rescuer of the world from the recent global economic upheavals. Even in a period when economic growth in most of the developed countries is witnessing a downward spiral, the economy of China continues to grow at a very steady rate.

Such a feat can be possible only in a situation of peace, political stability and a political leadership that is imbued with commitment and vision and   goes heart and soul to translate those goals and visions into concrete action with utmost sincerity and honesty, keeping uppermost the overall welfare of the country and its peoples. As a close neighbor enjoying best of relations since time immemorial, it is most satisfying for Nepal to see the dream and vision of Late Deng Xiaoping, one of the greatest architects of the modern China for a peaceful and prosperous China come to fruition. The current Chinese leadership at the helm of power that continue to pursue his visions deserves no less credit for what China is today and going to become in the future.

Apart from the obvious narratives above, it would be in the fitness of things, on this important occasion, to overview also some of the exclusive traits that define our relations. People say, and rightly so, that India –Nepal relations are unique in scope and intensity. However, Nepal-China relations are as much distinctive in character and scope. These exclusive characters may have remained obscured in the early years, perhaps by the sporadic contacts between the two countries. Along with the contacts and engagements, which are now growing exponentially between the two countries, a clear picture of our relationship has also begun to emerge. We have come to increasingly realize that, contrary to the mercurial character of our bilateral relations with India, consistency, cordiality and stability have been the enduring attributes of Nepal- China relations, in the last six decades, in particular. They have largely remained strain-free! Nepal-China friendship has also defied the logic advanced by some western scholars that “only democratic countries can live together in peace”.

The two countries have always had different political systems in the last six decades. In those periods, Nepal hopped from Multi-party democracy to party- less Panchayat system, then again returned to Multiparty Parliamentary Democracy, and has now become a Federal Democratic Republic. So has the modern day political profile of China also undergone a far-reaching transformation, though its political structure still remains a monolith communist. But, its political system is no longer dominated by dogmatic doctrines of classical communism, introduced by its founding father, late Chairman Mao –one of the makers of the 20th century, and also a great friend of Nepal.

Yet, these differences in political systems and her newly acquired economic strength and super power status have never created obstacles for a smooth and hassle-free relationship between the two countries. As contacts, interactions and engagements between the two countries have been   expanding fast, China has apparently refrained from bringing its superpower clout to bear upon Nepal to get things done the way it wants to. It still prefers application of “persuasive diplomacy” to “pressure diplomacy” to iron-out differences, if any. In fact, with times the two countries’ relations have turned out to be a model of stability, reliability, peace and development.

One of the proponents of the principle of “Panchsheel”, China has remained true to the ideals and objectives enshrined therein, so far as nurturing and developing our bilateral relations. One of China’s manifest interests in Nepal is the prevention of any activities inimical to her interest in the Tibet Autonomous Region of China , by using the territory of Nepal. It has reiterated its yearning for political stability, peace and progress in Nepal. China has always refrained from interfering   into Nepal’s internal politics, which is often fluid and unsettling, in the last few years.

It remained impervious to, and maintained a studied distance from, whatever political systems Nepal chose to embrace in all those years. It has demonstrated no apparent appetite for a regime change in Nepal, which it regarded as Nepal’s own internal choice. Her opting for staying away from such unwarranted intervention, unlike many other of our friendly countries is, perhaps, one of the main reasons why she has never courted any controversy and our bilateral relations have by and large remained undisturbed.

At a time when some countries are trying to openly meddle into the constitution making process and also on issue of “Religion” and “Federalism” in Nepal, China has, however, chose not to get into such a controversy. It has conveyed its concerns in a gentle and diplomatic manner. But, we can ignore China’s vital national and security interests in Nepal, only at our own peril. We must bear in mind that like a colossus mountain on the north, China has always been continuously watching over every move of ours. Any irrational steps of ours against her interests, and there is no telling the extent, scope and intensity of her response!

A friend in need

Late Chinese Premier Zhau Enlai in 1957 had pointed out: “National economic development is an essential means of safeguarding national independence. China would be willing to aid Nepal within its capacities.” Needless to say, China has since been not only our precious and most reliable neighbor but also a valued partner in our socio-economic development efforts.

It has helped and continues to do so in the development of many of our vital infrastructures. Chinese assistance in Nepal which began from 1963   has recorded steady growth ever since. The generous assistance and help of the Chinese Government and its people to Nepal in the immediate aftermath of the three big earthquakes was exemplary.

The substantial financial assistance pledged by China in the recent international donor conference in Nepal for post-disaster reconstruction and rehabilitation also amply demonstrates that China is one of our real friends in need. This is not to say she doesn’t have any strategic interests in Nepal. She surely has. But in articulating those interests, barring some minor exceptions, China has always tried to take into account Nepal’s national interest and geo-political sensitivities.

Nepal is on the thresh hold of promulgating a new Constitution, which is expected to pave the way for ushering in a peaceful, prosperous inclusive and democratic Nepal. Such a comprehensive vision for new Nepal is possible only in a situation of rapid economic and social transformation in the country with the help of her friends and neighbors.

It is everybody’s knowledge that China has always been in favor of peace, stability and prosperity in Nepal. The traditional ties of friendship that have been forged by the wise leaders of both countries and the tremendous goodwill that exists between the two countries and the people, therefore, need to be nurtured and strengthened by injecting new vigor and vitality so as to expand them further into areas of trade, investment, commerce tourism, water resources and many more other mutually beneficial areas. Economically resurgent China and its readiness to help must, therefore, be taken as a great opportunity and seized by all means for Nepal’s rapid socio0economicdevelopment.

Writer is a former Chief of Protocol at the Ministry of Foreign Affairs, Nepal.