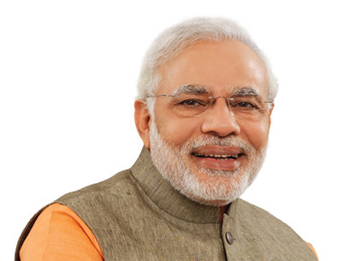 While catching a flight at Frankfurt, Germany, recently I chanced upon an enlightening piece in The New York Times titled ‘The New Dictators Rule By Velvet Fist’. Say the authors, “[I]n recent decades, a new brand of authoritarian government has evolved that is better adapted to an era of global media, economic interdependence and information technology. The ‘soft’ dictators concentrate power, stifling opposition and eliminating checks and balances, while using hardly any violence”. Interestingly, I had just been to the Dachau concentration camp, the first formal laboratory experiment of Adolf Hitler’s Nazis.

The “soft” dictator is the transformed, contemporary version of Hitler; no Auschwitz for him, as that would cause an international furor in a world where human rights violations are monitored by passionate social watchdogs and a vigilant media. Lee Kuan Yew throttled free speech, censored newspapers, and castigated fault-finding of his sophisticated city-state. But Singapore remained an attractive citadel for foreign investors, and its denizens quietly compromised their individual liberty for efficient metro networks and state-subsidised housing. India’s Prime Minister Narendra Modi apparently models himself after Yew. He is a free-market fundamentalist who serenades Big Business and eschews subsidies. And he seriously abhors criticism. A brief review of Modi’s totalitarian ways are in order.

Richard Verma, US Ambassador to India, was compelled to call the crackdown on NGO Greenpeace as causing a “chilling” impact which could be felt in the sweltering Delhi summer. Russian President Vladimir Putin is similarly asphyxiating NGOs in Russia. Ford Foundation- funded NGOs in India face similar proscriptions. Considered as Marxist-leaning jholawallas, right-wing liberal economic postulators treat them with profuse condescension. It touched a preposterous abyss, when India’s Intelligence Bureau estimated that the collateral damage they caused was an astronomical 2% of GDP. That was a flight of fancy to an as yet undiscovered planet.

Arvind Kejriwal and Rahul Gandhi are facing defamation suits for making charges against political adversaries; this form of criminal intimidation keeps ordinary individuals under constant fear. For the politician, it is time-consuming, distracting and gets them negative publicity. Kejriwal went to jail for a few days, while Rahul Gandhi had to go to Bhiwandi in Maharashtra. Oppressive states like to intimidate political opponents through complex legal cases, police harassment, income-tax queries, defamation cases, surreptitious snooping and willful bureaucratic apathy. Wear and tear is preferred to immediate, visible political annihilation as that is imperceptible and usually escapes public attention and media scrutiny.

India Inc. is therefore always a vocal endorser of whichever government in power. A vindictive political establishment usually generates a crescendo of embarrassing adulation from the suited-booted type. Some curry favour by making corporate investments in media houses that then hand out pro-government propaganda at prime-time. Nowadays some TV anchors are melodramatic actors creating a visage of an apocalyptic disaster and an interminable deluge of negativity. UPA 2 sank under its gargantuan weight. BJP gained.

“Repeated affirmations through mainstream media are meant to keep a defeated opposition demoralised, while the government obfuscates its own shenanigans and underperformance.”

Witness the pathological obsession with GDP growth under Modi; that is the underlying subterfuge that cloaks the gradual saffronisation of India. No one asks how India has become aUS$2 trillion economy, the world’s third-largest in terms of purchasing power, the second fastest growth after China for over a decade, without its several other Chief Ministers and Prime Ministers pushing the accelerator pedal? No, sir, it is only Modi who propagates high-octane “development”. It is not just a day-light farce but a sinister game-plan to covertly foist the Hindutva flag while people become insouciant on account of promised lower EMIs, more multiplexes, rising skyscrapers and bullet-trains. It is a chimera that is blinding. The ruse is to make former governments look egregiously corrupt and as having deliberately bankrupted a buoyant economy. Repeated affirmations through mainstream media are meant to keep a defeated opposition demoralised, while the government obfuscates its own shenanigans and underperformance.

Part of recreating the exaggerated call of national renewal is to annihilate history (courtesy infiltrating educational institutions and writing a fresh interpretation of past events) , denigrate opposition stalwarts of even worldwide stature (like Mahatma Gandhi and Jawaharlal Nehru) and to make pre-2014 India appear to be shambolic, stigmatised ( Modi’s infamous speech in Seoul where he lamented the shame of being born in India).

A thought-police of the Orwellian kind exists in this set-up; their whole focus is to intimidate free-thinkers. The state broadcaster peddles RSS philosophy, while social media trolls use abusive rants against anyone challenging their parochial ideology. There is no space for intellectual argument against their linear, monochromatic philosophy. Does it remind you of the National Socialist party in Germany that succeeded the Weimar Republic? Doordarshan, an autonomous institution is made to report to the Information and Broadcasting Ministry. Mann ki Baat is a brazen abuse of government machinery for personal-political profiling of a Prime Minister.

Modern India is essentially a Congress-created construct. During the erstwhile Congress-led UPA, 140 million were lifted out of poverty and India registered 7.5% average GDP growth over 10 years despite the economic headwind of a global recession. But Modi trashes that with contemptuous indifference. Politics is no longer about policy prescriptions and welfare indices; it is polarised to a dangerous extreme. Complete obliteration of the opposition is the new measure of political performance.

The Gujarat riots of 2002 (where thousands died while Nero fiddled) in a 24×7 electronic and social media age may be difficult to replicate. But low-intensity communal disturbances continue unabated. While Modi spasmodically pontificates on communal harmony in Delhi, in neighbouring Haryana under a BJP government,Ballabgarh burns. The adage is that fits is running with the hares, and hunting with the hounds. Psychological ghettoisation has already happened through inveterate, inflammatory outbursts from the Sangh Parivar, targeting minorities. Everything is calibrated, choreographed to perfection.

India is witnessing subterranean dictatorship under the guise of a democratically elected government. It is being accentuated by an insidious promulgation of a sectarian agenda driven on religious grounds. Dissent is discouraged. And that’s why we should be worried. Because we could be sitting on a time-bomb that is ticking away.

The author is National Spokesperson of the Indian National Congress party. The views are his own. This article has been originally published in THE HUFFINGTON POST on 6 June 2105.