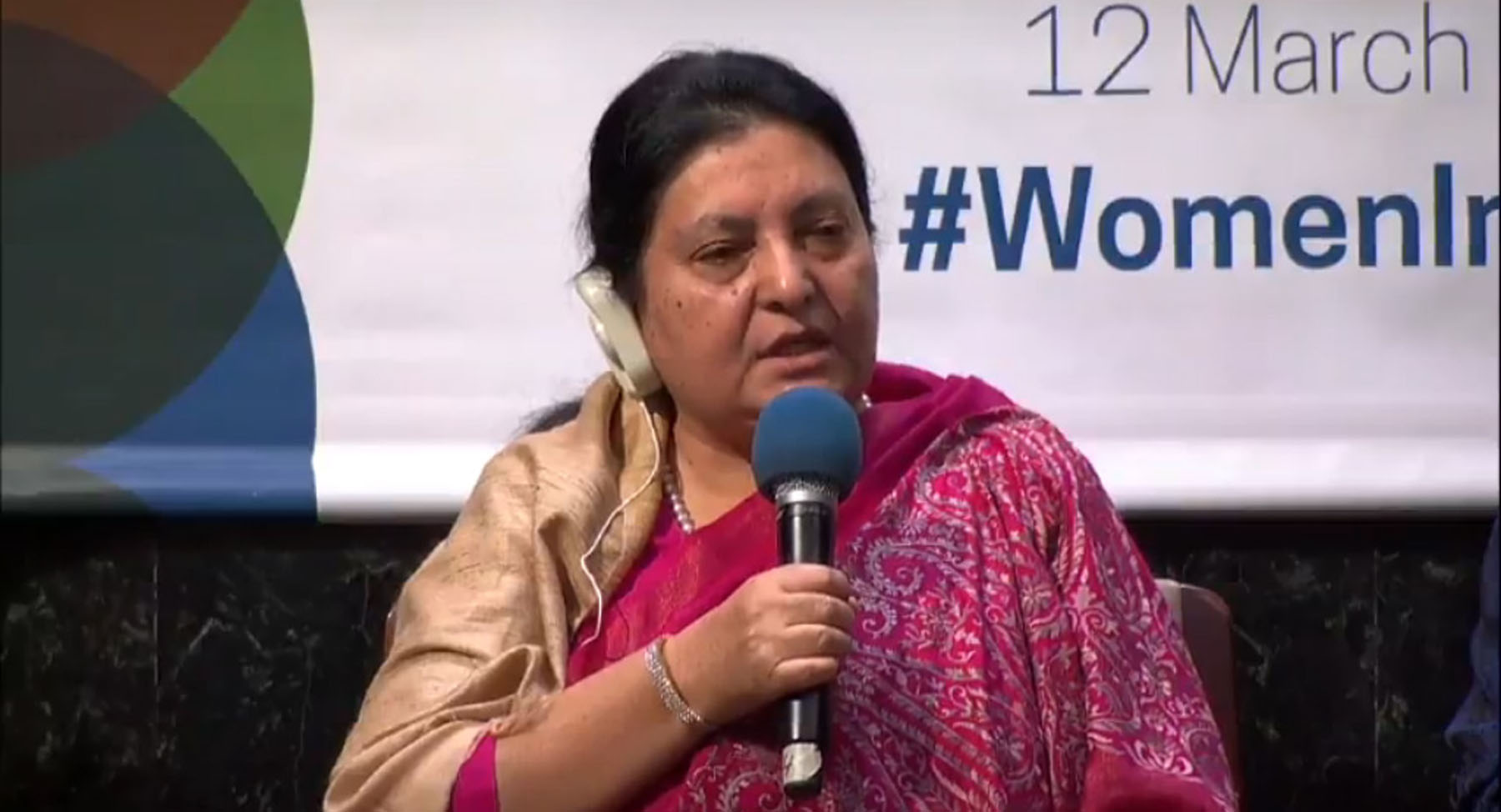 President Bhandari is on an official visit to take part in the 63rd Session of the United Nations Commission on the Status of Women in New York, USA.

She said gender disparity is socially constructed and it could be changed, while speaking at the High Level Event on the theme of ‘How Women Leaders Change the World’ hosted by the President of the UN General Assembly Maria Fernanda Espinosa Garces. “Gender quality is coexistence between life and universe. The act of looking down upon women and superstition will only drag the society,” she said.

Stating that lack of clarity in constitution and legal provisions makes women lag behind, the President said Nepal has witnessed a big change in a short span of time by making some general changes in the law. She referred to around 40,000 women people’s representatives elected in the erstwhile elections that makes up 35 to 41 percent women’s participation in all three levels— central, provincial and local.

Recalling her past ordeals at her birthplace of a remote and disadvantaged village of Nepal that lacked basic facilities like health and education, President Bhandari emphasized that all should have access to basic facilities.