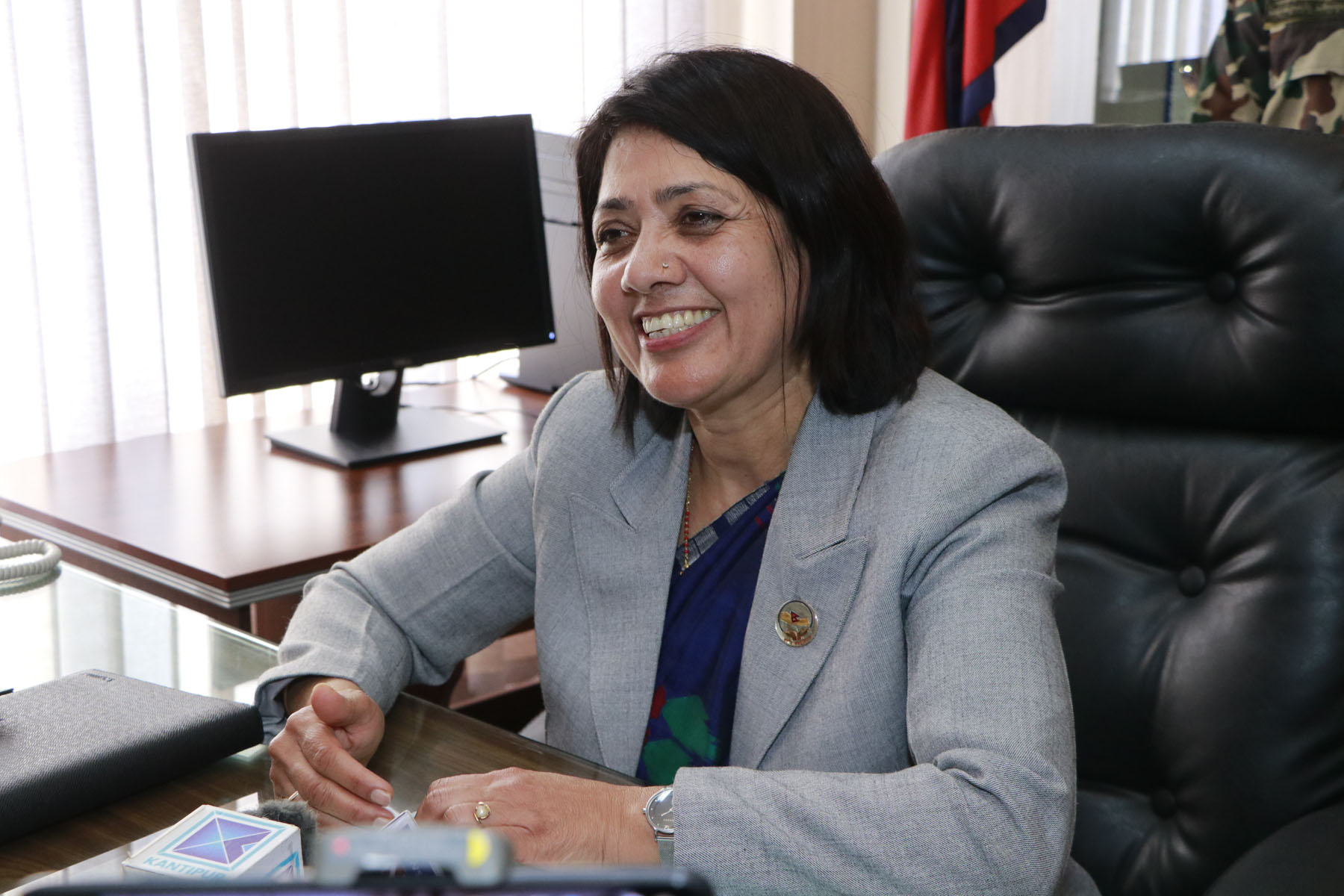 KATHMANDU – Newly appointed Minister for Foreign Affairs, Dr Bimala Rai Paudyal, has said her first priority at the office would be for making the service delivery system largely accessible, prompt and efficient.

Talking to journalists while assuming office today, the Minister said better coordination with Nepal-based diplomatic missions and the further consolidation of bilateral ties to secure maximum benefits from the international relations without hurting the interests of the nation would be her priorities.

The Foreign Minister promised easy access and cordial response for the Nepali to Nepali diplomatic missions abroad. In her response to a query from journalists about possible ways of solution to border dispute, she presented an idea for a broader study and in-depth discussions with the bodies concerned to resolve the issue.

Nepal’s foreign policy is majorly based on the principle of non-alignment, she said, adding that differing views may come in course of defining it politically, but the foundation remains unchanged. “Individual interests play no role in determining the nation’s foreign policy.” Seeking Nepal’s influencing role on international forum would be another priority of the government, the Minister said, adding, “The way we present ourselves in the international forums will determine our image. We will remain focused on strengthening the national image. “

As her first role at the office, the Minister signed on the decision to extend the term of the Memorandum of Understanding with Sri Lanka in regard with ‘Foreign Service Training Institute’ assistance exchange. The MoU was signed in 2018 and its deadline has been extended by four years as the first term was ending soon, according to the Ministry.