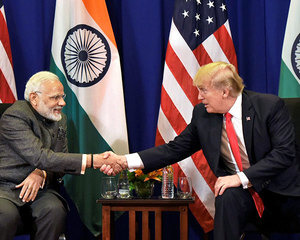 Global Times (19 November 2018) – According to media reports, the Asia-Pacific Economic Cooperation (APEC) forum held in Papua New Guinea (PNG) was concluded on Sunday without leaders issuing the traditional communiqué, and PNG will instead issue a formal “chairman’s statement,” for the first time ever. PNG Prime Minister Peter O’Neill said talks broke down over language about the World Trade Organization (WTO).

The US is a strong advocate for WTO reform. While China has no objection for the necessity of reform, the two powers are widely divided over “what” to reform. The US thinks the WTO doesn’t fit the current world economy and needs massive reform, but China hopes reform will focus on dispute settlement mechanisms.

China’s view is echoed by most WTO members. But some developed countries have vacillated because they worry that the US, if objected, would exit the WTO and build another platform that it thinks enables fair competition. They also hope to benefit from US moves pressuring developing countries. As a major WTO founder, the US intends to overturn the system and start over again. This invites concerns that Washington would choose to support or abandon any international rule based on whether it serves US interest, bringing a fundamental tumult to international trade system.

“America First” has been deeply embedded in US foreign policy. Washington used to pursue its interest by building a US-led multilateral system, but now it just asks for benefits. Multilateral mechanisms are seeing their authority eroded. This will last for some time until Washington feels what repercussions of the collapse of the international system can bring to it.

Such impact will come sooner or later. Current international system carries Western values, endows a US leadership, supports the dollar as a major international currency and helps the US enhance its grip on international relations so that it can secure its interest easily. Destroying such a system will bring itself huge losses in the long run.

It’s delusional of some US elites to think that China is the largest beneficiary of the international system since they mistakenly blame China for the US’ own problems. China has realized its development through hard work, not by taking advantage of the international system. Though China’s economy has rapidly expanded, it is due to China taking up a lot of work that US society doesn’t want to do. A large share of China’s foreign exchange that the country earned through toils has been borrowed by the US.

“American First” cannot become “America takes all.” The US should give other economies room for further development and take care of its relationship with developing countries. All Western countries need to rethink the meaning of fairness. They can’t take their vested interests for granted while hoping the developing countries stay at disadvantaged position forever.

Modifying WTO rules must aim at win-for-all, instead of interest redistribution for a few specific countries. It’s impossible for the US to be the only winner. If it blocks the development path of other countries, the US itself will go nowhere either.

The APEC summit this year concluded without issuing a communiqué, but it is not a big deal. The summit between Chinese President Xi Jinping and his US counterpart Donald Trump during the G20 meeting later this month will carry much more weight. It is hoped Washington makes serious preparations for the summit and not pin its hopes on exerting pressure.