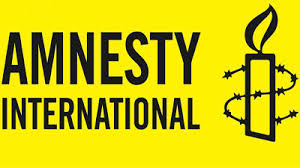 Issuing a statement against the London-based AI headquarters a few days ago, the founding president of AI Nepal Krishna Pahadi raised serious question over AI’s alleged backing of Madhesi activist CK Raut, , who was arrested in the country on treason charges several times.

“Raut has hurt the dignity of Nepali women and engaged in hate speeches against humanity,” Pahadi had said in his statement.

Following Pahadi’s statement nine of the 11 office bearers of the AI Nepal Chapter resigned expressing objection with the AI headquarters’ policy toward CK Raut, who has been spearheading the secessionist movement in the southern plains.

The Office bearers have accused that the AI international secretariat remained indifferent towards the fast-unto-death undertaken by Nanda Prasad Adhikari, and his resultant death, without any success in bringing the murderers of his son to justice.

The office bearers are of the view that the AI headquarters should take itself indifferent toward C K Raut.

“We are saddened with such a dual standard of the AI headquarters and it is not acceptable for us. The headquarters is supporting Raut who is vehemently challenging Nepal’s territorial integrity and sovereignty by seceding the entire Madhesh region from Nepal.” an official told on condition of anonymity, who recently quit the AI.

The AI founding member and office bearers have decided continue to distance themselves from the AI until and unless it apologizes for its dual standards on human rights and rectifies it.

Despite huge controversy in Nepal, the AI headquarters has said “With regard to the case of Madhesi activist Raut and his supporters, Amnesty International called on the Nepalese authorities to respect their rights to freedom of expression, freedom of association and freedom from arbitrary arrest and detention.”

It also said that as an independent and nonpartisan organization, Amnesty International is concerned with upholding the human rights of every individual, regardless of their political leanings. “This does not imply an endorsement of CK Raut’s political opinions,” it claimed.

Earlier in January, a group of European Ambassadors based in Kathmandu including Head of the EU delegation to Nepal, Ransje Teerink landed into controversy for holding a ‘clandestine’ meeting with Raut without informing the government. The EU envoys had claimed that they met Raut on ‘ human rights grounds’ since he was arrested by the police several times. After they were summoned by the government of Nepal following their meeting with Raut, the ambassadors had claimed they didn’t support the political ideologies of Raut.

This time around, the Amnesty International, the UK-based human rights group, has also made the same claim. Raut, who is better known as “secessionist leader,” has been spearheading a movement to create a separate country in the southern regions of the Himalayan country since 2011.