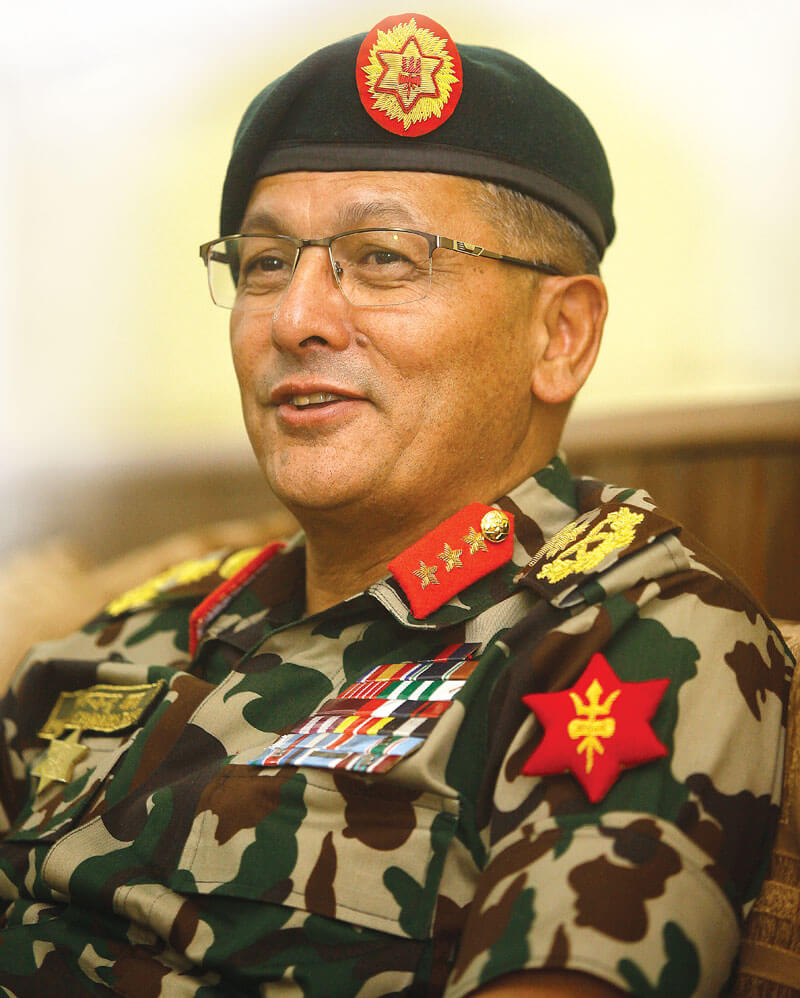 The Army Chief set out to India this morning at the official invitation of his Indian counterpart General Bipin Rawat.

This is the first time that NA Chief Thapa is embarking on an official visit to India after assuming the office.

According to the NA Directorate of Public Relations and Information, Indian President Ramnath Kovind will honour CoAS Thapa with the insignia of honorary General of Indian Army tomorrow.

There has been a historical tradition to exchange honorary title of General between the Army Chiefs of both Nepal and India after taking command of the defense.

CoAS Thapa is scheduled to call on Indian Defence Minister and National Security Advisor among other high-ranking officials during his visit. Likewise, he would also have a bilateral meeting with his Indian counterpart General Rawat.