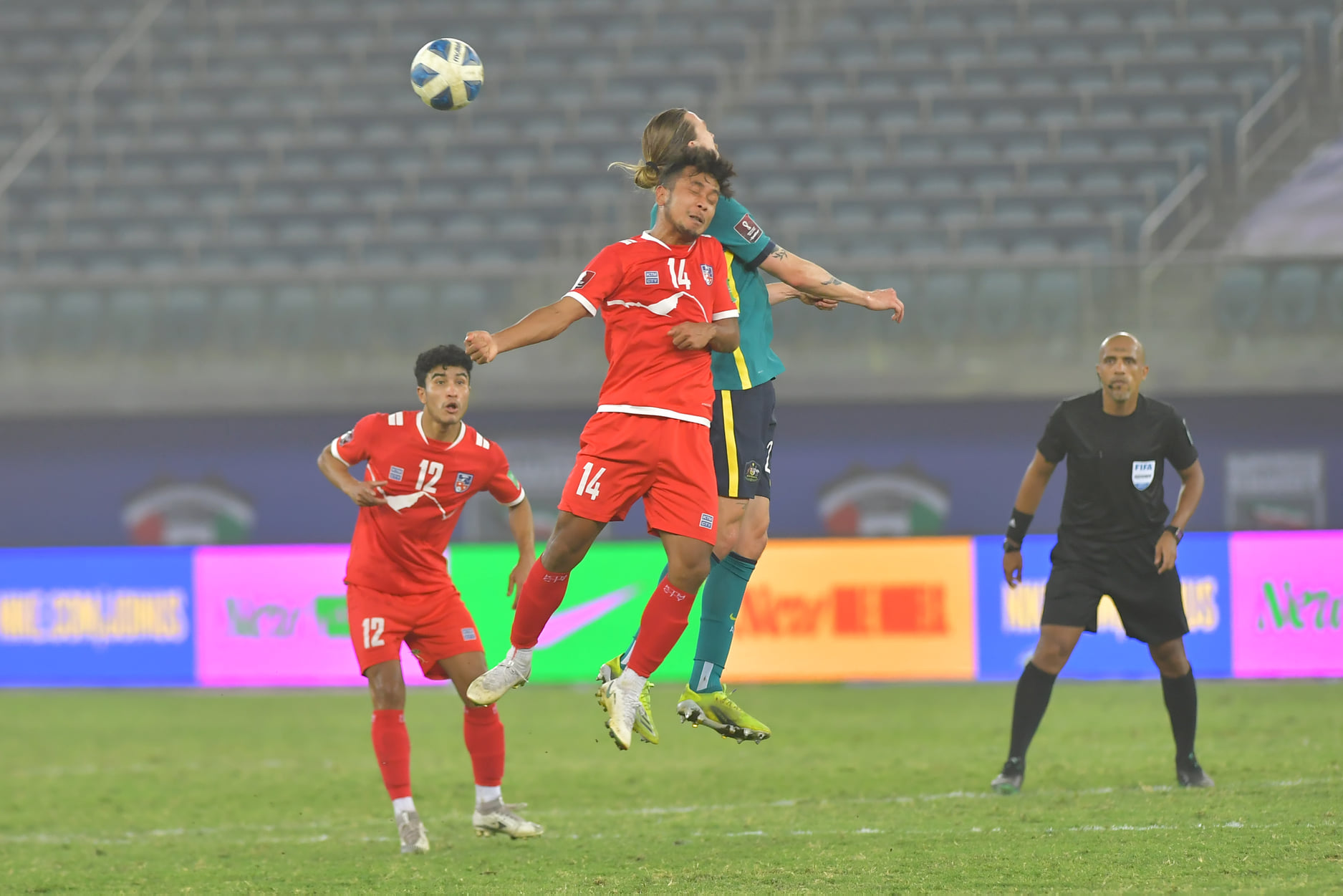 Nepal lost to host Kuwait by 1 goal to 4 in the third round Group in a match played at the Jabir Al Ahmed Stadium in Kuwait last night. Yousef Al Suleiman scored twice in the victory over Nepal while Fahad Alresidi and Mubarak Alfanini scored once each.

Nepal’s Darshan Gurung scored in the dying minutes of the game. This is the second defeat of Nepal in the qualifiers. Earlier, Nepal had lost 0-2 to Jordan in the first match. Nepal will now play its last match against Indonesia on June 14.