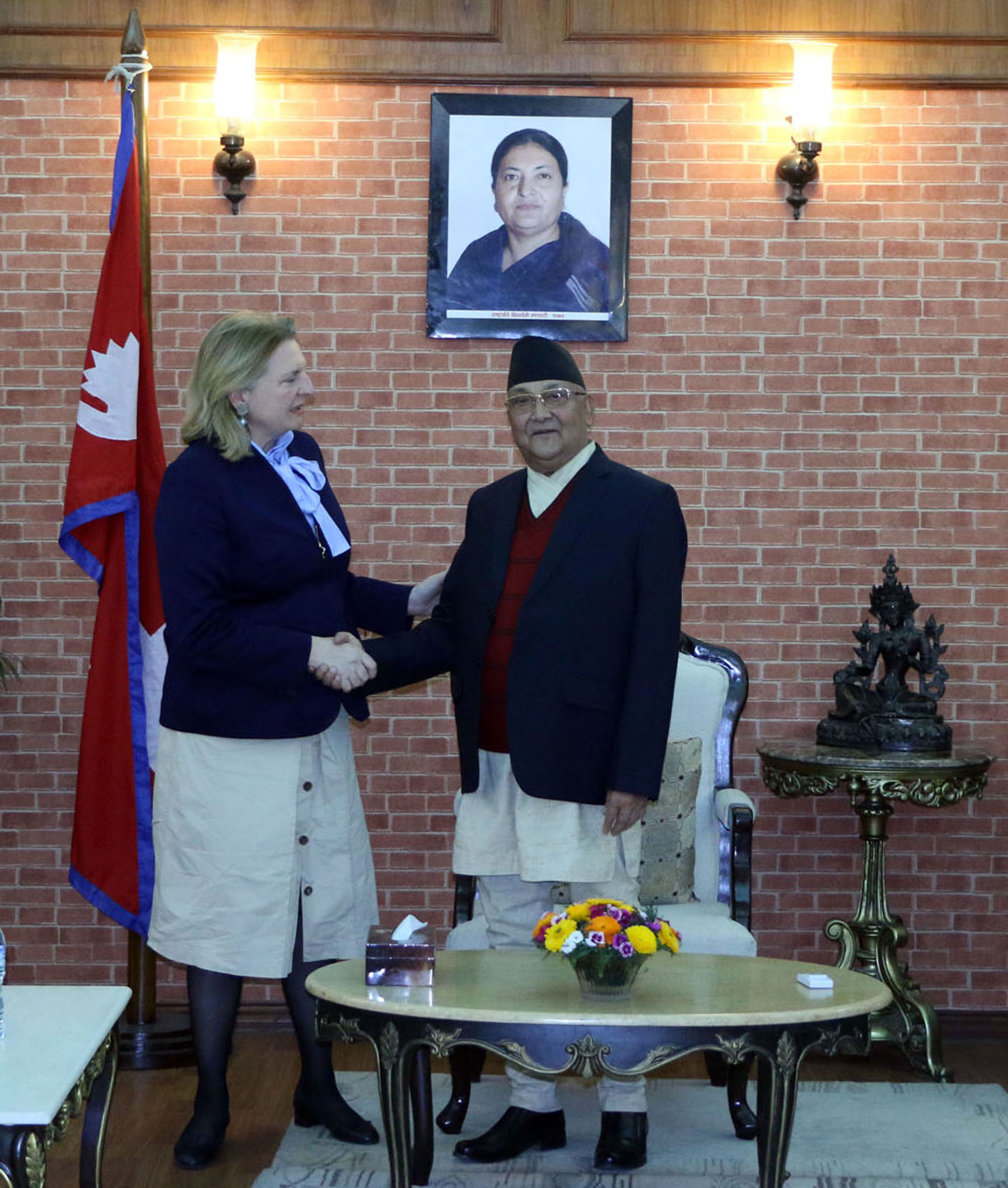 As she said, assistance would be provided for training related to the conservation of cultural heritages and immediately 120,000 Euros would be given to take measures for the protection of heritages inside the Lalitpur Durbar Square. “Though the assistance amount is less, it reflects Austria’s goodwill towards Nepal,” she said.

According to her, the Government of Austria is interested in supporting Nepal in the post- earthquake rebuilding and physical infrastructure development efforts, and it also wishes to invest in energy production sector and help in tourism promotion efforts. Describing the Nepal’s contribution to the United Nations peacekeeping missions ‘incomparable’, she said Austria is committed to the promotion of multilateralism along with Nepal.

Similarly, Minister for Foreign Affairs, Pradeep Kumar Gyawali, said during the meeting, he shared with his Austrian counterpart about the major priorities of the present Government of Nepal and also discussed the goal of ‘Prosperous Nepal, Happy Nepali’. “I was happy to get reassured by the Minister of Austria’s goodwill and support in Nepal’s development endeavors.”

He also apprised her about the Government’s plan to host the Investment Summit on 29-30 March 2019, discussing about the possibility of cooperation in light of Nepal’s preparations to observe 2020 as Visit Nepal year.

Minister Gyawali appreciated Austria’s role in the multilateral forum especially with regard to the issues of LLDCs. Both parties agreed to work closely at bilateral and multilateral levels in order to promote bilateral relations and take them to newer heights, dwelling on the issues such as trade, investment, technology transfer, sustainable development, environmental protection, clean energy and counter terrorism, among others. “We also agreed to continue to work collaboratively in the forums including the United Nations,” he added.

In the talks led by foreign ministers of both countries, senior officials from the ministries of finance; home affairs; culture, tourism and civil aviation and the foreign affairs were present.