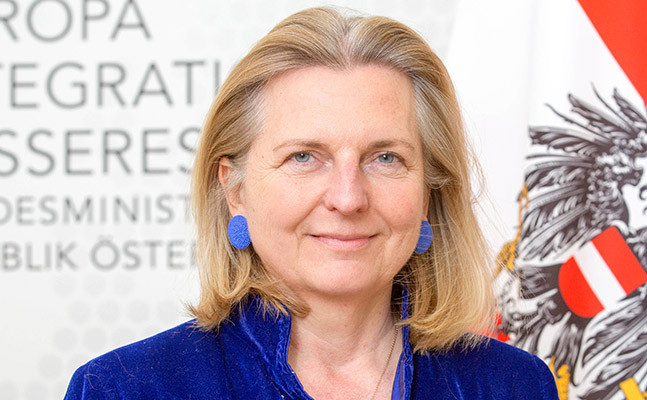 The Austrian Foreign Minister is visiting Nepal after 30 years.
The two foreign ministers will lead their respective countries at the delegation level talks scheduled to take place on February 22.
Following the talks, Nepal’s Foreign Minister will host a luncheon in honour of his Austrian counterpart.

In honor of the official visit to Nepal by Austrian foreign minister, Austrian ambassador to Nepal Brigitte and Honorary Consul of Austria Rajesh Babu Shrestha will also host a reception.

A 13-member Austrian delegation comprises five journalists among other dignitaries from the ministry of foreign affairs.

The delegation will discuss entire gamut of bilateral relations and furthering it for the mutual benefit of two countries, and will also touch on regional and international affairs, spokesperson Bharat Raj Poudyel informed RSS.

It may be noted that Austria is assuming the Chairpersonship of the European Union in the near future, and the foreign affairs minister’s visit will be spectacular for Nepal in this light.