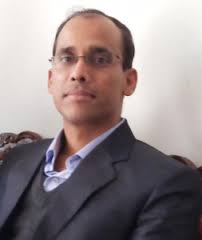 During an interaction on ‘Dimension of Nepal-India Relations’ organized by the Centre for Nepal and Asian Studies (CNAS) of Tribhuvan University here today, Dr Nayak said if Nepal was able to conduct its foreign policy in view of its domestic affairs, and regional and international contexts, it could make huge progress.

According to him, Nepal’s neutral relations with the US, China and India were for Nepal’s welfare. The relations between superpower US and rising power China has brought a new dimension in world politics for a decade, he observed.

Nepal can made appropriate decision on the Asia-Pacific Strategy launched by the US and the Belt and Road Initiative launched by China, he said, adding that Nepal-India relations were strengthened on equal status rather than the ‘big brother’ consciousness.

On the occasion, CNAS Director Dr Mrigendra Bahadur Karki said time has come for Nepal to come up with clear stand on its foreign policy in view of the regional and global scenario. Such discussion at the experts’ level would help government and political parties to frame clear policy and views.