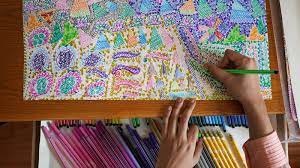 Sheikh Hasina, however, stressed the need for importing more essentials. She gave the directives at a secretary-level meeting held in the Bangladeshi capital Dhaka on Sunday. Bangladeshi cabinet secretary Khandker Anwarul Islam briefed journalists about the premier’s directives after the high-profile meeting. Hasina asked the country’s commerce ministry to increase import tariffs on 40 luxury goods to discourage the import of such products and improve the dollar liquidity in the forex market earlier this month.

Bangladesh’s forex reserves reached 34.10 billion U.S. dollars on Nov. 23, declining from 34.30 billion dollars on Nov. 17, showed the latest Bangladesh Bank (BB) data. Against this backdrop, the central bank of Bangladesh is reportedly contemplating changing the exchange rate of the Bangladeshi currency taka against the U.S. dollar. That would mean a U.S. dollar will be traded at 100 taka, up from the existing 98 taka by the end of the calendar year.

To cope with the odds posing a serious threat to the macroeconomic stability, the Bangladeshi government has already approached global lenders including the International Monetary Fund (IMF) for loans to build a buffer amid dwindling foreign exchange reserves. IMF has confirmed that it has reached a staff-level agreement with Bangladesh that will pave the way for the release of the much-awaited 4.5 billion dollars in loan support. Hasina urged all in Bangladesh to work together in growing more food last month, bringing every inch of land into cultivation to protect the country from possible global famine or food crisis.