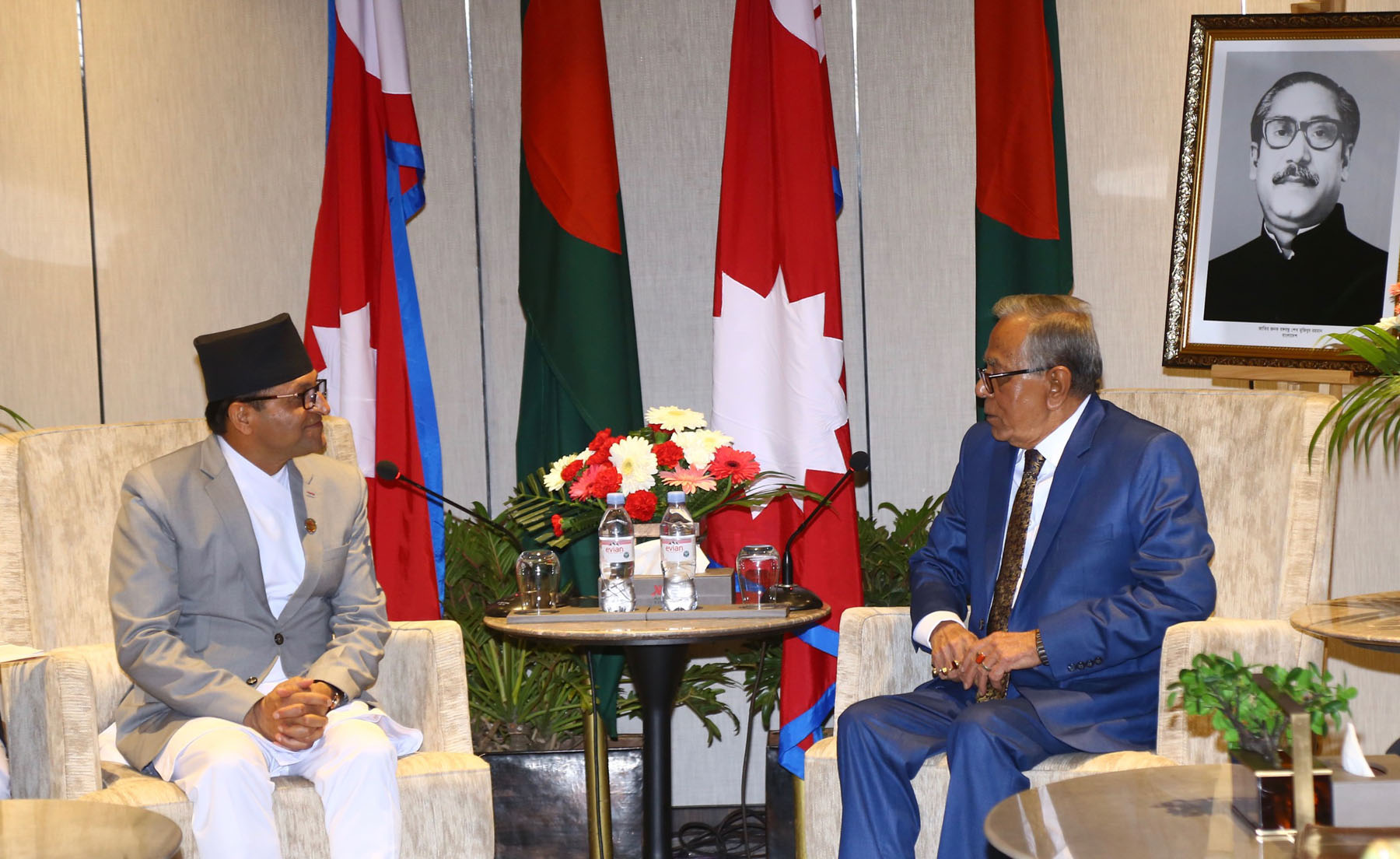 Bangladeshi President Hamid, who arrived Nepal on Tuesday, expressed so during a courtesy call paid to him by National Assembly Chairperson Ganesh Prasad Timalsina here today.

President Hamid is on the second-day of his four-day official goodwill visit to Nepal at the invitation of his counterpart President Bidya Devi Bhandari. The Bangladeshi President indicated to the prospects of the expanding cooperation between Bangladesh and Nepal in the areas of cooperation such as tourism, energy among others.

The meeting focused on expanding people-to-people ties and exchanging high level visit between the two countries on a regular basis, the issue of trade promotion and their efforts to increase trade and decrease trade deficit, said NA Chairperson Timalsina