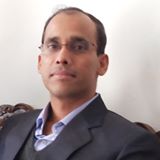 In a major bid to strengthen sub-regional cooperation, four SAARC permanent members – Bangladesh, Bhutan, India and Nepal (BBIN) – signed the historic Motor Vehicle Agreement (BBIN-MVA) in Bhutan for the ‘Regulation of Passenger, Personal and Cargo Vehicular Traffic’ amongst them on June 15, 2015. The agreement encapsulates the spirit of economic integration emphasised in the SAARC Charter. The agreement has been endorsed by the cabinets of the four countries. Following the Indian cabinet’s approval for the agreement, a Government of India press statement, issued five days before the actual signing of the agreement, noted that the “BBIN countries will be benefited by mutual cross-border movement of passengers and goods for overall economic development of the region. The people of the four countries will benefit through seamless movement of goods and passengers across borders.”

The main objective of the agreement is to provide seamless people-to-people contact and enhance economic interaction by facilitating cross border movement of people and goods. To India’s smaller neighbours, one important incentive for signing the agreement was to ensure reciprocity in trade and commerce with India, especially given their perception that they face many barriers in their trade with India.

The BBIN-MVA would enable seamless sub-regional connectivity, deeper integration on economic issues and people-to-people contact between the four counties. It would permit unhindered movement of passenger and cargo vehicles among the four countries. Cargo vehicles do not have to be changed at the border, a practice that has prevailed until now. As per the agreement, member countries would allow vehicles registered in the other countries to enter their territory under certain terms and conditions. Customs and tariffs will be decided by the respective countries and these would be finalised at bilateral and trilateral forums.

The MVA is an umbrella agreement prepared along the European Union pattern. It has reportedly been framed as per the SAARC Regional Agreement on Motor Vehicles (RAMV). SAARC members have been trying for long to have a MVA for deepening trade, tourism and connectivity within the region. In this regard, SAARC transport ministers had approved the recommendations of the Intergovernmental Group on Transport (IGGT) in Colombo, Sri Lanka, in July 2009 for establishing an expert group to negotiate and finalise the draft on RAMV. After a long debate at its fifth meeting, in September 2014, the IGGT endorsed the expert group report on the RAMV, just before the 18th SAARC summit held in Nepal in November 2014.

It is pertinent to mention here that the Motor Vehicle Framework Agreement was very much on the agenda of the 18th SAARC Summit. The agreement, however, did not see the light of day due to Pakistan’s reservations. Even after the Summit, India had tried to convince Pakistan to support the RAMV. The issue was discussed during his SAARC Yatra by the Indian Foreign Secretary when he visited Islamabad in March 2015. Since Pakistan did not show much interest in the agreement, India deemed it necessary to initiate a sub-regional motor vehicle agreement among Bangladesh, Bhutan, India and Nepal, pending finalisation of a regional agreement.

The BBIB_MVA agreement is likely to yield maximum dividends for the two Himalayan land-locked counties of Nepal and Bhutan. The agreement has addressed their long standing grievances concerning trade and transit issues with India. Especially in the case of Nepal, the agreement would facilitate unhindered movement of cargo vehicles carrying exports to third countries through India. Bhutan is also quite excited about the agreement for similar reasons. As one Bhutanese official reportedly stated, the agreement would “increase people-to-people contact in the region” and boost trade and commerce amongst the four countries.

The question that remains to be asked is this: Will the BBIN agreement really result in a seamless movement of goods and people when customs and tariff issues are yet to be settled among the four countries? Many border crossing points do not have integrated check posts. Poor road conditions, the introduction of double-locking system on Nepalese trucks passing through Indian territory, technical issues related to customs and tariffs, etc., are likely to pose major challenges in this regard.

Second, India has already had bilateral trade and transit treaties with all the three countries. It has a bilateral MVA with both Nepal and Bangladesh. Many of these bilateral treaties are yet to be implemented successfully. Will BBIN-MVA supersede these bilateral agreements or reinforce them? An explanation to this effect will clear up doubts about the prospect of such a multilateral sub-regional framework.  For example, the current India-Nepal transit treaty does not have a provision for the movement of vehicles on their own from Kolkata and Haldia ports into Nepal. There has been a delay in the implementation of smooth trans-shipment procedures for exports from and imports into Nepal from the Kolkata and Haldia ports due to the increase in the movement of unauthorized trade and Fake Indian Currency Notes (FCINs) from Nepal and Bangladesh.

Third, despite having an improved trade and transit treaty, the double locking system is still in operation on Nepal-based cargo vehicles. Will India adopt similar practices vis-à-vis cargo vehicles from Bangladesh and Bhutan under the BBIN-MVA?

Fourth, there has not been any visa-on-arrival arrangement so far between Bangladesh and India. In that case, the claim of seamless movement of people and goods will take some time to materialise. Last, but not the least, coordination between inter-ministerial departments as well as between central and state agencies, especially in India, has been a major problem in implementing agreements. A case in point is the requirement of transit permit imposed by the forest department of Uttar Pradesh on the export to India of Nepalese herbal products. It has been observed that in India, on many occasions, state agencies either delay consignments or stop them for security checks with ulterior motives.

Acknowledging some of the challenges, the Indian minister for transport, Nitin Gadkari, reportedly stated that the agreement “would further need to be supplemented through building and upgrading roads, railways and waterways infrastructure energy Grids, communications and air links to ensure smooth cross border flow of goods, services, capital, technology and people.”

As it has been noted in the joint statement issued after the agreement was signed, the four countries would “carry out a six-month work plan from July to December 2015 for the implementation of the BBIN MVA”. That indicates that the agreement shall be implemented only by the end of this year. The statement refers to provisions for resolving various technical issues involving IT systems, infrastructure, tracking and regulatory systems, etc. through bilateral, trilateral and quadrilateral meetings within a year’s time. It is hoped that the member countries would not miss this splendid opportunity for regional development and work towards closer economic integration at a sub-regional level, which will serve as an example for other recalcitrant members in the region to emulate.