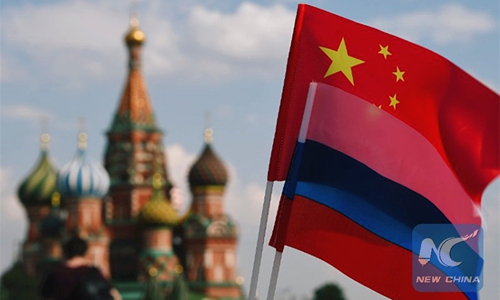 By Wang Xianju (Global Times, 6 August 2020) – The US and Russia finished their latest round of talks on arms control on July 30 in Vienna, with differences remaining. No consensus was reached on whether to extend the New Strategic Arms Reduction Treaty (New START), which expires in February 2021.

Since the Trump administration came into power, the US’ irresponsible behavior has reduced its international prestige. In order to maintain its hegemonic status in international affairs, Washington has tried all kinds of means.

First, the US has no moral standard and is unwilling to undertake international obligations. Washington has humiliated itself by its “America First” policy stance. Second, the so-called panaceas, such as democracy and human rights, have become less effective, as people have come to realize that the US holds double standards on many issues. Third, the US always flexes its muscles. It even threatens its allies with “security protection.”

Although the US political elites have adopted a strategy of precaution and sanctions against Russia, its influence on Moscow in international politics does not seem to meet its expectations.

Washington is fully aware that there will be no easy bargains through talks with Moscow on issues such as arms control and extending the New START. Because the Russia clearly knows that politicians, military adventurers and financial oligarchs promoting the “America First” doctrine are not cooperating with Russia wholeheartedly.

Even if the treaty is extended, it will not change the US’ strategy of developing and producing advanced and sophisticated weapons to safeguard its global military hegemony.

Therefore, while acting tough on Russia, the US is trying to seduce Russia to its side at the same time. Some Western media outlets and experts believe that it is better for the US to “exploit cracks in Russia-China relationship” to confront China and to avoid the formation of a China-Russia coalition against the US.

Recently, the US actively invited Russia to join the expanded version of the G7 and wanted to bring China into the negotiations on the New START between the US and Russia. These moves have been interpreted as the US temptation to estrange China and Russia.

However, China and Russia have been working together very closely at the central government level. This is proved by the fact that Moscow has rejected the baits of Washington several times.

The US has been using “soft power” and “smart power” to alienate China and Russia. This is why there has been a sharp increase of voices in the US media reports, and especially in social networks, in recent years trying to provoke China and Russia against each other and bad-mouth their relations.

In both China and Russia, there are some so-called analysts and observers who skillfully echo and collaborate with the war of words and “mind game” played by the US. Beijing and Moscow should pay close attention to these people.

Under this circumstance, it is significantly important to strengthen the friendship and cooperation between the peoples of China and Russia. They need to strengthen the social and public opinion foundation of their comprehensive strategic partnership of coordination for a new era.

China-Russia cultural and people-to-people cooperation is in urgent need of being strengthened by overcoming respective existing shortcomings as well as impacts of the COVID-19 pandemic.

By continuing to adopt good experiences and practices, such as “tourism year” and “year of culture,” the two countries can also develop new communication mechanisms to fulfill the needs of evolving situations.

The purpose is to further improve mutual understanding and friendship between the peoples of the two countries, cultivate talents familiar with each other’s culture and language, and foster pragmatic cooperation and common development.

The Russia-China Friendship Association and the China-Russia Friendship Committee for Peace and Development, including the latter’s subcommittees for culture, journalism, education, science and technology, can play a greater role in this regard.