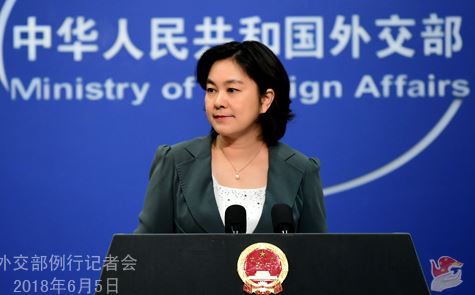 BEIJING (PTI, 6 June 2018) – China on Wednesday dismissed reports that the Nepalese government has cancelled its agreement with Chinese companies on the West Seti hydropower project, and said talks are on between the firms and Nepal on their continuation.
“This report is not true,” Chinese foreign ministry spokesperson Hua Chunying said here when asked whether the Nepalese government has decided to cancel Chinese firms’ participation.

“This project is a commercial one. Relevant Chinese enterprises are conducting negotiations with the Nepalese side on the economic feasibility and other relevant matters,” she said.

China’s state-run Xinhua news agency reported from Kathmandu about “widespread concerns about possible negative impact on Chinese investment after the government announced on May 29 in its annual budget for the next fiscal year 2018-19 that the West Seti project would be developed with domestic resources”.

The 750 MW West Seti hydropower project in far-western Nepal was handed over to the China Three Gorges Corporation (CTGC) in 2012.

During his last tenure as prime minister in 2015, Oli signed the Transit Treaty with China to end dependence on India for his landlocked country and to improve rail and road links between Nepal and China through Tibet.

The report also quoted Barsha Man Pun, Nepal’s minister for energy, water resources and irrigation as saying that Nepal has not yet cancelled the deal with CTGC. He said “the West Seti project is still with the CTGC and we are ready to continue with CTGC if it is eager to develop this project”.

The report said before the Nepal government’s announcement, negotiations between the two sides had been stuck on a few issues including power purchase rate.

The Chinese company had termed the power purchase rate offered by Nepal as unfeasible but Nepal refused to make any revision, according to Nepali officials, the report said.

About the cancellation of the 1,200 MW Budhigandaki hydropower project deal with a Chinese company Gezhouba Group Corporation (CGGC) by the previous Nepalese government, Pun said the present government wants cooperation with China to develop this project despite scrapping of the deal by the previous government.

“We are willing to develop this project in cooperation with China either in the form of government-to-government cooperation mechanism or by taking soft loans from China,” he was quoted as saying in the report.