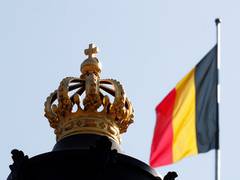 Brussels [Belgium], May 2 (ANI/Sputnik) – The employees of the Belgian Embassy in Moscow who have been declared persona non grata left the Russian capital on Sunday, Belgian media reported.

” Twelve embassy employees against whom this measure was taken have already returned to Belgium,” a spokesperson of the Belgian Foreign Ministry told the Belga news agency on Sunday. The diplomats and their family members left Moscow on a Belgian military transport aircraft since there are currently no regular flights between the two countries.

According to the foreign ministry spokesperson, the Belgian embassy in Moscow will remain open despite the reduction in its personnel. In April, Belgian Ambassador to Moscow Mark Michielsen was summoned to the Russian Foreign Ministry in connection with the decision of Brussels to expel 21 employees of Russian foreign missions in Belgium. In response, Russia declared the employees of the Belgian Embassy in Moscow persona non grata. They were ordered to leave Russia by May 3. —–