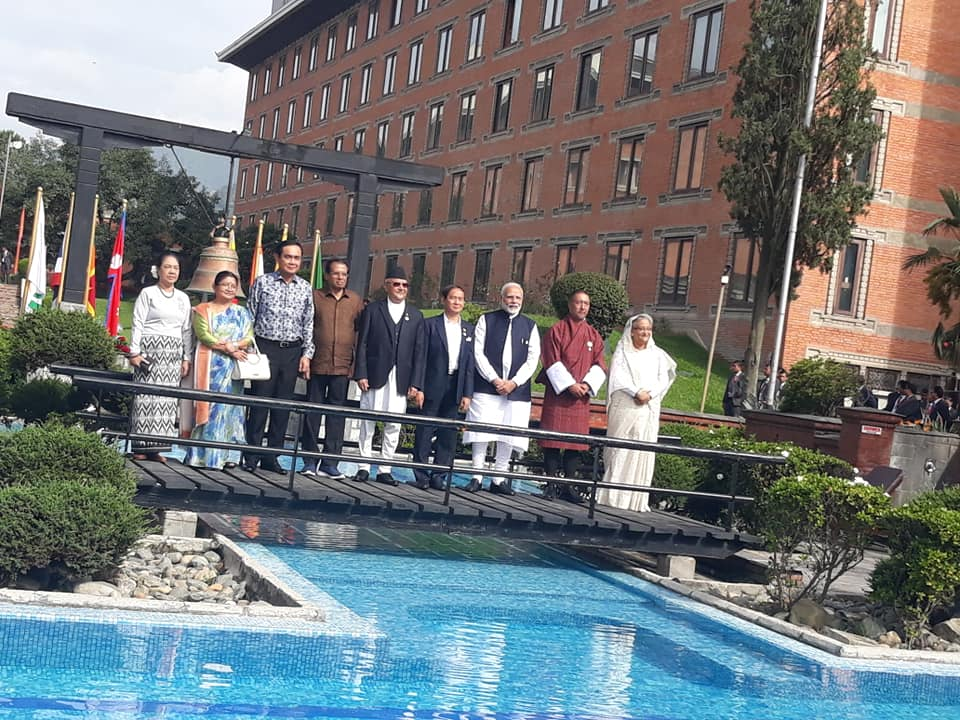 Nepal Foreign Affairs (31 August 2018) – A special importance of the birth place of Lord Buddha has been reflected in the 4th BIMSTEC summit that began in Kathmandu on Thursday. While delivering the speech as the chair country of the sub-regional organization, Prime Minister KP Sharma Oli mentioned ‘I welcome all to the birth place of Lord Buddha.’
Similarly, Indian Prime Minister Narendra Modi shared to organize international Buddhist conference among the BIMSTEC member states in 2020. He also prioritized the Buddhist philosophy expressing commitment to developing the Nalanda University as the centre for study of languages and cultures of BIMSTEC states. The university is famous for study of Buddhist culture and philosophy.
President of the Myanmar Win Myint reached the Buddha’s birth place Lumbini and offered worship to lord Buddha. With these all remarks and gratitude shown towards Nepal as the birth place of Buddha is expected to promote religious tourism in the country. Buddhism counts for 88 per cent of the population in Myanmar, 75 per cent in Thailand and around 90 per cent in Sri Lanka.
Foreign Minister of Myanmar Aung San Suu Kyi had met her religious teacher Dhammawati of Shreegh Bihar of Nghal in Kathmandu during her last Nepal visit in 2004. She had also visited Lumbini then.
Sri Lankan President Maithripala Sirisena is scheduled to visit Lumbini on September 1 and will visit Dhando Stupa on September 2. According to Charumati Buddhist Mission Nepal chair Monk Tapassi Dhamma, they were making preparation to hand over a replica of the Stupa while felicitating the Sri Lankan President the same day.
Similarly, Swayambhu based Aanadakuti Bihar has been making preparations for President Maithripala Sirisena’s visit to the Bihar, which was renovated with the financial support of Sri Lanka.

The government of Nepal targets to attract more tourists to the birthplace of Lord Buddha through this international summit forum, as the country marks 2020 as Visit Nepal Year.