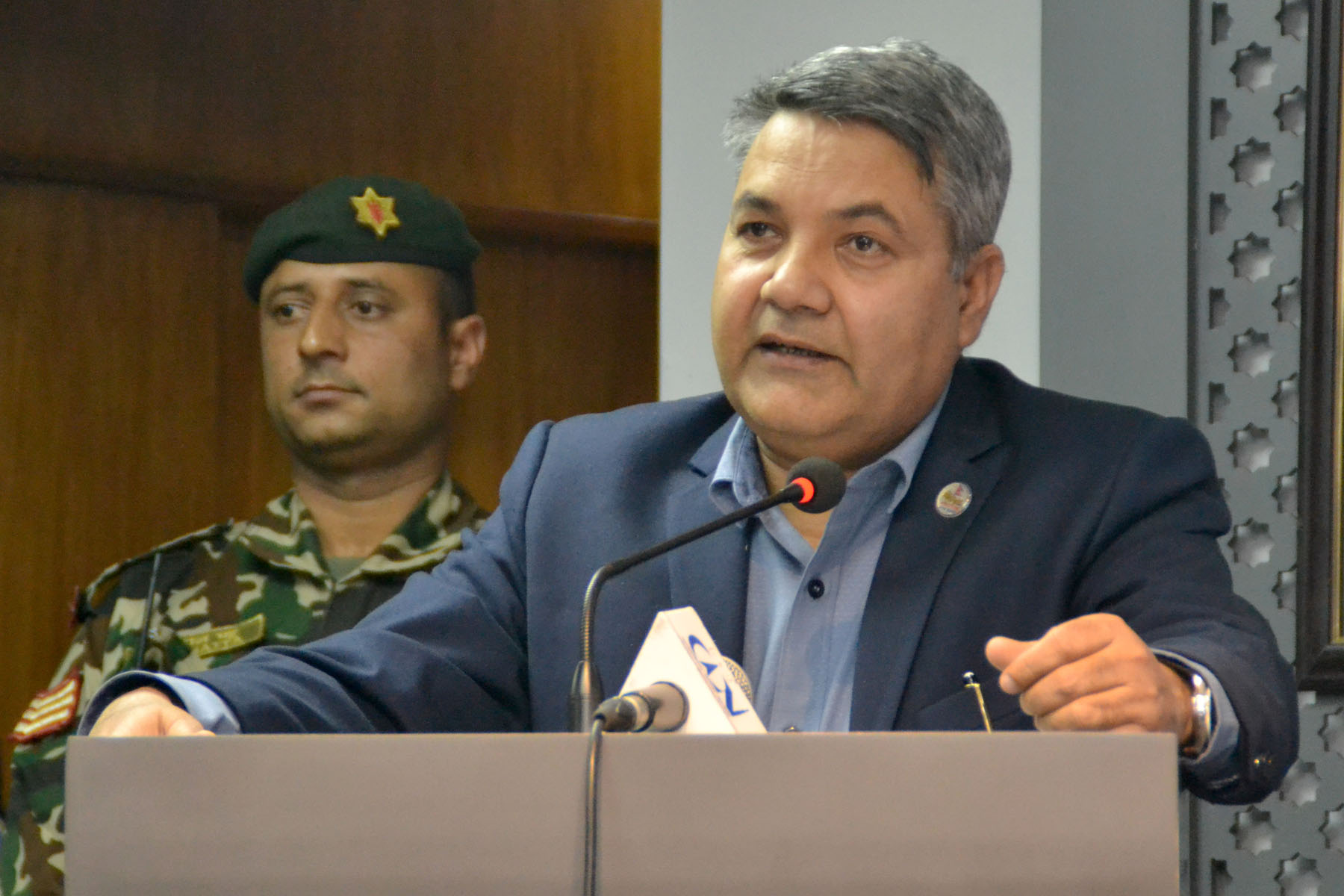 He also clarified that the government on Tuesday had decided to put an all-out ban on Chand-led NCP activities as their activities are criminal and violent and against the constitution.

“The Biplav-led group has time and again ignored the government’s call for dialogue leading to the ban,” said the Minister adding that the major opposition party-Nepali Congress-too had welcomed this decision of the government.

He also informed that talks in connection to ultimatum was already held in the ruling party-Nepal Communist Party- and further discussion on the same would take place.

The Biplav-led group had called for a nation-wide shutdown today.
Responding to the query relating to 11-point agreement with CK Raut’s Alliance for Independent Madhesh, Minister Banskota clarified that the word ‘employing the method of popular mandate’ was meant that the public express their opinion by casting their ballot through election.
He concluded, “CK Raut has joined the mainstream politics.

The government embraced him. If Biplav-led group too expresses its willingness to join mainstream politics, the government will surely welcome it.”