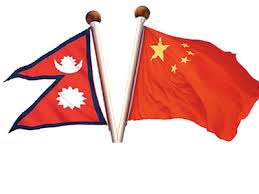 KATHMANDU, Jan. 25 (Xinhua) — A book entitled “You and us: stories of China and Nepal” was released here in the Nepali Capital Kathmandu, on Sunday.

“Nepal-China relation is time-tested and multi-dimensional with strong cooperation in economic, political and social fields. We are grateful with China for helping Nepal in socio-economic development,” Deputy Prime Minister Thapa said.

Recalling his recent official visit to China, the foreign minister said that Nepal wants to develop a long-term relationship with China by enhancing mutual cooperation in economic, social and political areas.

Speaking on the occasion, former prime minister Kirtinidhi Bista highlighted strong bilateral relationship between China and Nepal over the years.

“China has remained our non-interfering and generous neighbour. I stress that Nepal must work toward enhancing the bilateral relationship into a new high so as to achieving benefits through rapid progress and economic development of northern neighbour China,” the former prime minister said.

Chinese Ambassador to Nepal, Wu Chuntai said that China will continue providing support in Nepal’s socio-economic development so as to Nepal become more prosperous and stable in the days ahead.

Former Chinese Ambassador to Nepal, Zeng Xuyong, who is also the editor of the book, stressed on strengthening people-to-people contacts between the two countries.

Former prime ministers of Nepal, former Chinese ambassadors to Nepal and former Nepalese Ambassadors to China have contributed their articles in the 360-page book launched on the occasion of 60th anniversary of establishment of diplomatic relations between Nepal and China.

The book is in English and the Chinese language published by the Current Publications in coordination with the China Inter Continental Press.