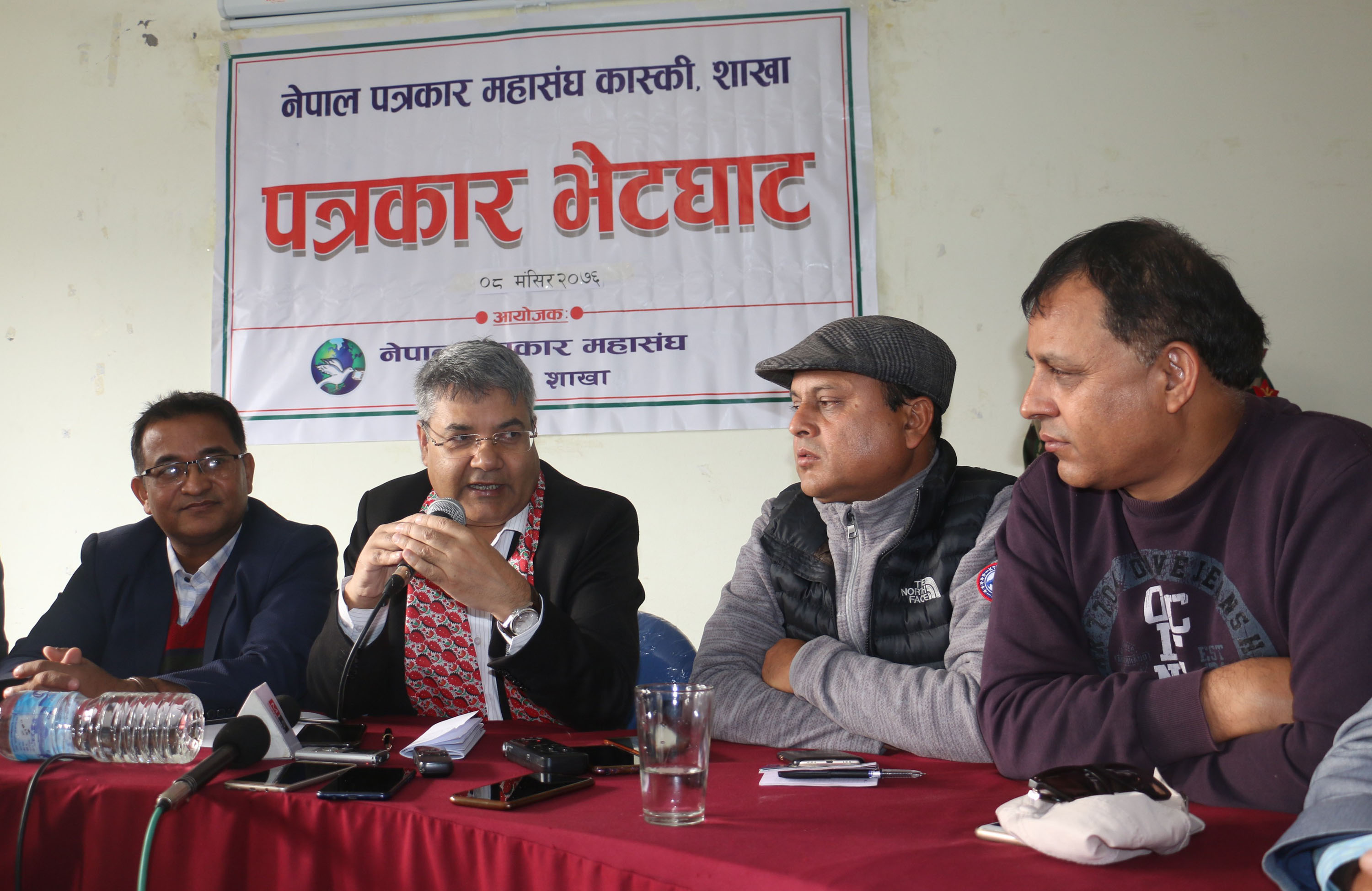 Nepal Foreign Affairs (KATHMANDU, 24 November 2019)- Spokesperson for the government Gokul Prasad Baskota today said border disputes with India would be resolved through diplomatic and political efforts based on international norms.

Saying the government has launched efforts with determination and discipline to safeguard Nepal’s territories like Limpiyadhura, Lipulek, Kalapani and Susta, he said a ‘diplomatic note’ has been sent to India in this regard. The minister was speaking at a press conference organised here by the Federation of Nepali Journalists, Kaski, today.

Stating that we do not need an inch of other’s land, and encroachment on the land saved by our ancestors would not be tolerable, Baskota, also Minister for Communications and Information Technology, said, “Talks will be held with India in this regard based on the map, facts and evidence in the agreement reached with the then East India Company in 1816, and based on census carried out by Nepal, and evidences provided by the tax office.”

When asked about his comment on the statement of President of main opposition Nepali Congress Sher Bahadur Deuba that the new map of India incorporating Nepal’s some territories was released in “agreement with the Prime Minister of Nepal KP Sharma Oli”, he said, “I do not believe that he (Deuba) as a leader of main opposition has told so. If he does so, it is a matter of shame to raise a question about patriotic Prime Minister. I condemn it.”

PM Oli has a clear stance on the subject of safeguarding territorial integrity, sovereignty, independency, equitable justice and prestige, he said. On queries about the ordinance regarding the constitutional council, he admitted that there had been a delay to fill the constitutional posts that have remained vacant for the past 21 months due to lack of agreement, and the bill would be brought in line with the constitution.