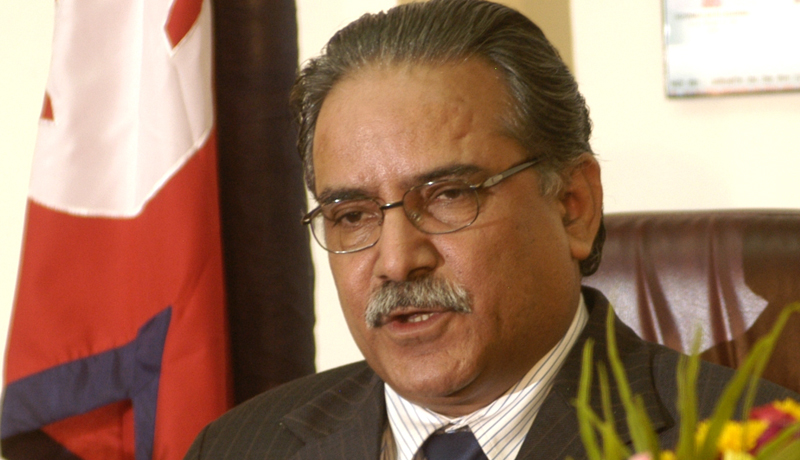 Nepal Foreign Affairs (KATHMANDU, 15 September 2019) – Nepal Communist Party Chairman Pushpa Kamal Dahal ‘Prachanda’ said on Sunday that Nepal should not delay in forwarding the Belt and Road Initiatives (BRI) because it was related to collective development and connectivity.

At a programme named ‘BRI Dialogue’ organized by Nepal Intellectuals’ Organization here today, Chairman Dahal argued that there was no military alliance in the BRI but an initiative of collective development and social harmony. So, involvement on it could be beneficial for Nepal’s development, he suggested. “BRI’s vision is the prosperity of human being with social harmony. It is not for any country’s will to be superpower. Rail connectivity, road infrastructures and communication were imperative for Nepal. Nepal signed for it with long homework,” he reminded.

Similarly, Chairman Dahal said with the promulgation of new constitution, Nepal had entered the phase of political stability and economic prosperity. Proper atmosphere was created in Nepal for its development cooperation with the neighbouring countries China and India. However, Nepal adheres to the nonalignment policy.

He underscored the need of compatibility among the public awareness, information technology and physical development. “Once the national affairs were coped up jointly by the government, political party, intellectual and commoners, it would result in holistic development,” Chairman Dahal viewed.

On the occasion, Foreign Minister Pradeep Kumar Gyawali said although Nepal has not made a stride at a time when it has already signed the BRI project, the government was leading the activities of long-term interest with the consensus of all political parties in the wake of new constitution, federalism and the political stability. He admitted that the BRI project was not accelerated in Nepal due to inadequate human resources and lack of laws at all levels of government. However, relations with China and India had strengthened, he asserted.

Assistance would be extended to the project selected on the basis of country’s sovereignty, he said, adding that the trans-border Himalayan project has incorporated Araniko Highway, Kimathanka border point, Syafrubensi corridor, expansion of transmission line, air connectivity.

On the occasion, Nepali Congress leader Sujata Koirala recalled that positive efforts were made for BRI when her party was in government. The opposition would support any development endeavours which are in the national interest.

Vice Chairman of Federation of Nepalese Chamber of Commerce and Industries, Chandra Dhakal, urged the government not to delay in accelerating the BRI project in Nepal for its economic development.

Chairman of the Organization, Dr Dinesh Devkota, viewed that the intellectual would extend support from their sides for country’s prosperity. The suggestions garnered in the programme would be forwarded to the party leadership and the government.