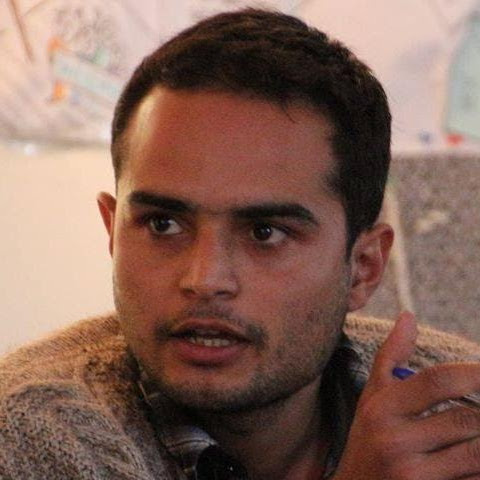 By Saurav Raj Pant (KATHMANDU, 16 May 2019) – Trump’s days in the office are ‘interesting’. None of the president in the US history has ever created such ‘unpredictable’ image like Mr. Trump. He is everywhere from Twitter, China, Iran, India, Israel, Venezuela and many more (list can be longer).  He is bringing close; Israel and Saudi at the cost of Iran.

His Middle East Strategy is wait and watch; whether it is data induced strategy or just a fallacy of new ‘Afghanistan’ chapter. On the other hand, Chinese president Xi, is also bringing Chinese societies ever close in the history of China—the hyper digital Chinese society from the face recognition app in the Xinjiang to ‘Study the Great Nation’ app. All these are ‘filtering’ and putting on ‘surveillance’ the Chinese societies based on the level of threats from ‘moderate’ to ‘radical’. Talking about Modi; at the eve of the election showed the world—–India’s growing power in Space by conducting its first successful anti-satellite (ASAT) test or ‘Mission Shakti’ on March 27th, 2019.

NASA commented that it had traced 400s debris on the Space and followed by Western media commenting India for its reckless test. Well, West and the US clearly knew how India had ‘tricked’ CIA; which is often dubbed as ‘Pokhran –II’ for the series of nuclear bomb test explosions in May 1998.  The test followed by the comments from CIA quoting ‘the intelligence failure of the decade’. The US knew that, how much powerful is India. Recently, US government had lifted ‘waiver’ for India; who is buying oil from Iran and threaten that it would go under ‘sanction’ action. For the US, China is building app which is the ‘illiberal innovation’ to ‘spy’ its own citizen,  India is busy in ASAT and buying oil from Iran, intervention in Venezuela is not taking any effect, Kim has started meeting with Putin; the macho man of Russia, who whenever at wherever he stands he change the ‘course’ of destiny. Like in Syria, Putin’s involvement made the war ‘very fatal’ for the US. What a mess everywhere for the US Department of the State! Inside home, Trump administration is ‘occupied’ commenting Dem Rep. Alexandria Ocasio Cortez’s ‘Green New Deal’ proposal or Bernie Sanders’ new ‘Medicare for All’ issues or busy on ‘Twitter War’  against Iran’s Revolutionary Guard or migrants coming from the Southern border. The US is largely affected by overseas than ‘home affairs’ issues.

Among major overseas issues: BRI against Free & Open Indo-Pacific (FOIP) Strategy. FOIP Strategy is the signature strategy of the US against BRI—the growing Chinese dream of becoming dominant in the sector of connectivity and trade, which is now led and run by the West. What the US policy makers need to ‘intervene’ in this issue? Do the US Think Tanks needs (re)innovation or innovation? These days, the US and Western Think Tanks are very much active in ‘policy lobbying’ for portraying BRI as a ‘devil’s triangle’. Or, these days ‘Debt-trap’ terminology is used by many western intellectuals for BRI and Chinese intellectuals are continuously denying it.

Western financial instruments like World Bank and IMF provides loans and grants to the developing world for mega projects but this time Chinese is providing concessional loans( say 2-3%) which had lure the ‘impoverished nations’ leaders. West is playing double aged sword game in the ‘impoverished’ world of South Asia.  In the case of Nepal (buffered between India & China), West is pushing Nepal towards China through various ‘lobbying’ from the influence of anti-China bloc (which is India in case of Nepal). As a result, China is proposing various mega-infrastructures (including railway connectivity) for Nepal; able to make mark in India’s traditional zone of influence.

This idea for Nepal benefiting from both neighbors is not bad. But, what has been ‘brewing’ inside this idea, has a greater significance. Inside, Nepal whether to build such mega-infrastructure via loan or grants has been the pressing debates. If policy makers are for loan scheme to build this network, then another pole of policy makers are against by saying, it will drag Nepal into ‘debt-trap’ like it has been perceive in Sri-Lanka.  If policy makers debate for grant, then another fraction debate over the difficulties of building such infrastructure by China on grant basis. Loan or Grant; it has been fundamental debate in moving towards any Chinese support, which is the part of the broader connectivity i.e BRI.

By taking the advantage of such dilemma situation of Nepali leadership, the US officials are ‘attracting’ Nepali authority to take side for Free and Open Indo-Pacific (FOIP) Strategy via using ‘Carrot and Stick’ diplomacy. Carrot diplomacy includes $500 million grants and renewed bilateral ties recently by the US. This means ‘pushing weak countries especially Nepal to China’ and again polarizing it within and forcing to seek American help. All these policy malfunctioning of Trump is ‘unintentionally’ producing the possibilities of ‘Russian engagement’ in Nepal because it is pressurizing India to take action against China and ‘work’ on Nepal issues actively. In one hand, the US is assuring India as it is one of the greatest allies of Asia and other hand, the US is countering the India via ‘CAATSA’. In this regards, India had already showed ‘anger’ towards the US ‘disrespect’ for the India. Disrespect of India makes Russian frustrated as India-Russia has a strategic partnership since the time of the then Indian PM Nehru. This frustration forcefully may bring Russia on the ground. The possible multi-polar engagement in South Asia (US, India, China and Russia) could be dangerous for global stability and for the US itself because of all the above policy and strategy mess from Iran to Venezuela; it will be another series of ‘waning the US indispensability. Far more hazardous for Nepal which is run and led by so incompetent leaders ——sometimes it feels that, they are the real ‘lackey’ of great powers.