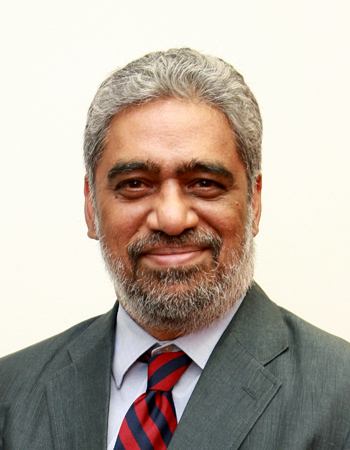 By C. Raja Mohan (NEW DELHI, 13 August 2019) – As India and Pakistan lurch towards a new phase in their extended conflict over Kashmir, it is easy to miss the larger context of the Subcontinent’s troubled frontiers. More than a century ago, Lord Curzon, spoke on the problem of constructing stable frontiers among the emerging European nations as well between their expanding empires in the Americas, Africa and Asia.

Curzon’s 1907 Romanes Lecture at Oxford University continues to offer fresh insights into the Subcontinent’s contemporary frontier problems. Curzon said managing frontiers is the most important task for any leader. For stable frontiers are a precondition for national development. “Frontiers are indeed the razor’s edge on which hang suspended the modern issues of war or peace, of life or death to nations”. Curzon was convinced the problem of frontiers will never disappear from world politics, but can be managed through political accommodation and scientific demarcation of boundaries.

Since Curzon, frontiers continued to change in Europe — through 1919, 1945, 1991 and most recently in 2011 between Russia and Ukraine. Britain is struggling to wrap up the Brexit negotiations with the European Union over the so-called “Irish Backstop”. It is about the nature of the border between Britain and Republic of Ireland as the former walks out of the EU and the latter stays in. The biggest political issue in North America is about Trump’s effort to build a Great Wall on the border with Mexico.

In Africa and Asia, there are countless territorial conflicts. The Indo-Tibetan frontier opened up by Curzon remains a contested boundary dispute between India and China. More broadly, the buffers and protectorates constructed by the Raj to limit conflict with Russia are now zones of political contestation between India and a rising China.

The Durand Line drawn between India and Afghanistan in 1893, a few years before Curzon arrived in India, remains disputed between Kabul and Islamabad. Even the Taliban, nurtured by Pakistan as an instrument to gain influence in Afghanistan, does not accept the Durand Line.

The North West Frontier Province (now called Khyber Pakhtunkhwa), that Curzon created out of the Pashtun lands in 1901, has seen endless conflict for the last four decades and hopes for a different future remain dim. Many other peripheries of the Raj, from Balochistan in the west to Xinjiang and Kashmir in the north to Tibet and the eastern Himalayan regions between India, upper Burma and China are all in turmoil of varying degrees.

Part of the problem lies in the nature of the frontiers that the Subcontinent inherited from the Raj. The land borders of India were not defined by a single line; but by what Curzon identifies as the three-fold frontier. There was the “administrative frontier” that marked out regions that the Raj governed to the fullest extent. Beyond that was the “frontier of active defence” like the Durand Line and a third was the “strategic frontier” consisting of the outer boundaries of protectorates over which the Raj exercised a measure of control.

While the British Raj, Czarist Russia and Qing China found ways to live with ambiguities in remote corners of the empire, the new nationalist regimes that succeeded them have had much more difficulty. The Partition of the Subcontinent, based on religious considerations, added an explosive dimension to an already complex inheritance. The successor states to the empires laid formal claims to tracts of territory that had an ambivalent status, but have struggled to realise them.

India’s recent decision to revoke the special status of Kashmir is about the unfinished task of extending effective territorial sovereignty over lands it has claimed. Maoist China was quicker and more decisive than India in trying cleaning out the ambiguities on its frontiers. As trouble in Xinjiang, Tibet and Hong Kong shows, success has eluded one of the hardest states that the modern world has known.

Pakistan has struggled to find stability on its western border lands — where the Baloch and the Pashtun continue to challenge its claims. The Indian state, with its political hand-wringing and policy incrementalism, has been a little more effective than Pakistan. But it continues to encounter significant challenges.

China reacted furiously when Delhi in 1975 ended Sikkim’s protectorate status and integrated it with India. It took nearly three decades for China to accept the new reality. Beijing continues to claim the entire state of Arunachal Pradesh. But the arguments with China are now mostly political. After instigating trouble in each other’s territory for a period, Delhi and Beijing are now committed to managing the dispute peacefully, while expanding the broader relationship. There is frequent spike in military tensions, but there has been no shooting war.

India has had greater success with Bangladesh. Early on in his first term, Prime Minister Narendra Modi seized the opportunities to settle the disputes with Dhaka on the land and maritime boundary inherited from the Partition. But unlike Dhaka and Beijing, Rawalpindi is not really prepared for a peaceful resolution. Repeated efforts by Indira Gandhi (1972), Atal Bihari Vajpayee (1999), and Manmohan Singh (2005-07) ended in failure. The inherent difficulty of negotiation has been compounded by Pakistan’s use of terrorism and Kashmir’s ambiguous political status within the Indian Union.

In confronting Pakistan’s terrorism and reorganising the political status of Kashmir, the Modi government has set a new policy template. The key to its success lies in finding early political reconciliation within Kashmir and persuading the Pakistan army that its interests are better served by stable, peaceful and a legitimate frontier with India. It could be a long haul, but the journey has begun.