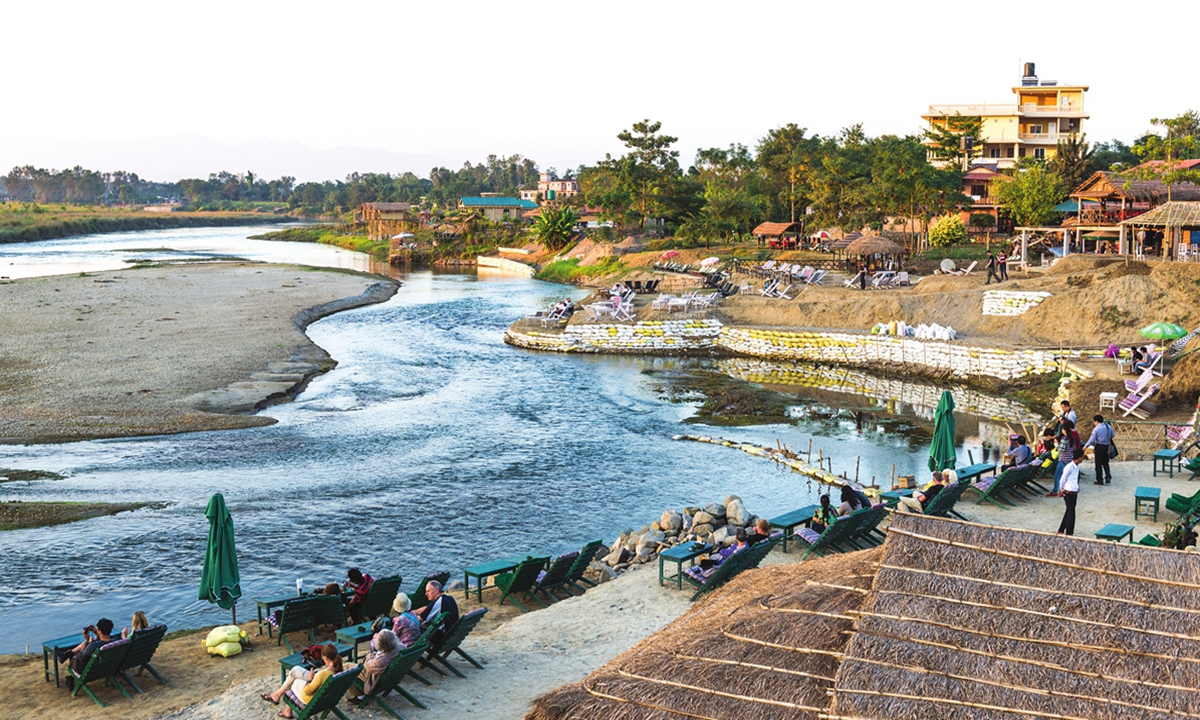 By Qian Feng (Global Times, 8 January 2022) – With the completion and operation of the Upper Tamakoshi hydroelectric power station, Nepal has not only resolved a long-standing problem of intermittent power shortages, but also realized the transformation from an electricity importer to an exporter. Nepal has begun to sell hydropower to India, which was once Nepal’s largest provider of aid. This has inspired people of the infrastructure construction in South Asia.

Reciprocity should be the cornerstone of development. South Asia is the most densely populated region in the world, with a total population of almost 1.8 billion, accounting for about a quarter of the world’s total population. India, Pakistan and Bangladesh are the world’s second, sixth and seventh most populous countries. In recent years, South Asia has led the world in economic growth, and its huge market potential and demographic dividend have begun to be released. But due to weak infrastructure and a low economic starting point, the region is still the poorest region worldwide after sub-Saharan Africa. Achieving quality development has always been the biggest problem facing South Asian countries. The Belt and Road Initiative (BRI) provides South Asian countries with a roadmap to address shortcomings in infrastructure construction and supercharge economic development. This is the key factor as to why many South Asian countries have proactively joined the BRI and strengthened all-round cooperation with China.

Prioritizing ideology cannot lead to people’s happiness. In recent years, the world has seen a dizzying array of strategic plans, economic frameworks and programs. The Trump administration proposed the Blue Dot Network, which Washington officials boasted was “open and transparent.” The Biden administration is advancing a new plan for an “open, connected, prosperous, resilient, and secure” Indo-Pacific economic framework. The EU in December launched the Global Gateway. India and Japan developed a collaborative vision of the Asia-Africa Growth Corridor. And India launched its “Project Mausam.” Some of these plans and initiatives either explicitly claim to provide better options for countries to discard the China-proposed Belt and Road Initiative (BRI), or are characterized as being strongly ideological, deliberately drawing a line between so-called democratic and non-democratic “values” and intending to thwart the BRI. Despite plenty of slogans, the benefits of these plans and initiatives have yet to be seen.

The BRI doesn’t follow the notion of “ideology first.” It only strives for a win-win partnership with countries along the route using its simple ideas and practical actions that focus on people’s livelihood. For example, China-Pakistan Economic Corridor (CPEC) is an important early and pilot project under the BRI. The construction of the project has not only become an important engine for Pakistan’s economic growth, but also made a meaningful difference to the daily life of ordinary Pakistanis. Data shows that in 2020, the electricity generated by CPEC energy projects, including the power plants in Sahiwal and at Port Qasim, accounted for about one-third of Pakistan’s total electricity supply. Pakistan has started to grow from a country frequently facing electricity shortages to one with a stable electric grid.

Another example is Bangladesh, one of the most densely populated countries in the world with the highest rate of extreme poverty, which has now officially graduated from formally being the least developed country in the world, with an economic growth of over 8 percent for multiple years. Its per capita GDP, which has increased to $1,888, is the envy of even neighboring India. Public opinion in Bangladesh generally acknowledges that growing economic and trade cooperation with China is a significant reason for Bangladesh’s rapid growth.

No one benefits from narrow geopolitical thinking. The Belt and Road Initiative has been widely welcomed in South Asia, except India, the largest country in this region that has rejected the initiative. The operation of the Upper Tamakoshi hydroelectric power station constructed by a Chinese corporation is expected to contribute about 1 percent to Nepal’s GDP growth, marking the successful transition for Nepal from a power-poor to a power-rich country.

When the demand was at its peak in the past, half of Nepal’s electricity had to be imported from India. Nowadays, Nepal has surplus electricity to export, but electricity shortages in India are becoming increasingly serious. As 70 percent of India’s electricity comes from coal, India’s aim of realizing carbon neutrality by 2070 remains distant. In order to constrain Chinese companies’ investment in Nepal, the Indian government only allowed Nepal to export electricity generated by two India-backed hydropower stations.

Will India ignore the cost and harm others while also hurting itself with such a narrow way of thinking, or will it follow the rules of the market economy and choose to purchase clean and efficient hydropower from Nepal to alleviate its own domestic power shortages? People may as well wait and see.

The author is director of the research department at the National Strategy Institute at Tsinghua University. [email protected]