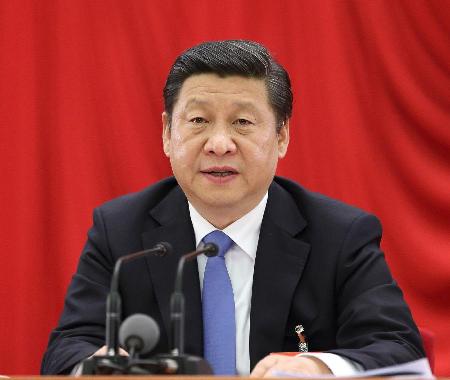 From an Indian point of view, Prime Minister Narendra Modi’s new chord of aggressive diplomacy may fall far short of China’s quiet operation and resources, but it has definitely hit the bull’s eye in South Asia for now. This, however, is equally likely to prove a temporary sensation with China as a competitor.

Measurable outcome of Modi’s mix of this astute and crude diplomacy has been reflected in the cancellation of the proposed visit of Chinese president Xi Jinping to Nepal and Bangladesh. In all likelihood, the two visits were first planned for October around BRICS summit, and then were being prepared for December. Now they are both cancelled. Never before had geopolitics occupied so prominent a space in the conduct of diplomacy in South Asia; never.

Knowing Chinese discretionary style, an admission of the cancellation of these visits will never come because they were never announced in the first place. But one could feel the warmth and elation in Dhaka, Kathmandu and Beijing, convincingly signaling that big preparations were afoot. Now, they have to wait.

How this goal was achieved can be best explained knowing where Indian foreign policy stands today.

Well, India’s foreign policy largely stands on the premise of the Nehruvian doctrine of “sphere of influence”, according to which South Asia is the Elephant’s (read India’s) dancing arena; the minnows around must bear with the damage of the dance.

Nehru’s disciples in Indian Congress had turned themselves more pragmatic over many years of power exercise. To a large extent, they had also been able to curb their founding doctrinaire’s big-brotherly proclivities. It is going back to the roots with Modi in command, much to the dismay of the weakened countries like Nepal, Bhutan, Maldives, Sri Lanka and Bangladesh. Make no mistake; these countries are going to get many surprises up in Modi’s sleeves.

Take the case of hapless Nepal. It was under the Indian guidance that Nepal entered into peace process in 2006, ending the decade-long Maoist insurgency. This happened under New Delhi’s UPA government, which was a coalition of secular and centre-left political parties. Therefore, the course of Nepali democracy was also chosen to be “secular, federal, inclusive and republic.” Accordingly, an interim constitution in 2007 guaranteed the first three elements. In 2008, a constellation of Nepali political parties abolished monarchy through the elected Constituent Assembly (CA).

But Nepal made a mistake of not promulgating the constitution from this CA. When it promulgated one in 2015 from the second CA, things had profoundly changed in India. UPA of 2007 was down in the rut; pro-Hindu BJP with Modi at the top was strongly seated in Delhi’s power corridors. One would not speak in the open, but what Modi’s BJP hates the most about Nepal, as revealed in several private conversations across the board in Delhi, is the presence of left parties most of which are communist for namesake.

It hates the name “Congress” too, but Nepali Congress is ironically like a potato in a curry that goes well with any Indian political spice, secular or non-secular. In Nepali Congress, which once used to be strongly supported by BJP’s nemesis Nehru and Indian Congress, BJP’s most dependable ally in Kathmandu is present.

Let’s see foreign policy. Resourceful and strongly backed by the USA, Modi is well-placed to play “China card” more adroitly than any other political leader of the world. Playing China card, he can snub China itself.

It all started in May 2014. Modi invited South Asian Head of the States and Governments to attend his swearing-in ceremony. Besides the eight member states of SAARC, three others were also invited. Mauritius was a welcome inclusion but what Modi did was invite Lobsang Sangay, who is the Prime Minister of the Tibetan Government in Exile, and a representative of the government of Taiwan. Both of them were given diplomatic status. It was made sure that the information reached to the Chinese.

Then in the next years, Modi government started funding Nepal’s monasteries in Mustang and Manang districts. Today, large chunk of the support to these monasteries has been channeled through Indian instruments.  With financial support of several organizations based in India and abroad, a small international conference on Tibetology has been planned in Marpha for Mid-October. In recent months, Indian and US ambassadors to Nepal have frequently visited this remote area bordering with China. For reference, this area was used as the base by CIA for an unsuccessful Khampa revolt in 1970s.

USA’s policy of rebalancing in Asia has found an ardent suitor in Modi. The most recent connector of this policy was Modi’s Baluchistan adventure. Extending support to Baluchistan’s independence from Pakistan through his Independence Day speech on 15th August, Modi raised his geopolitical stakes one step higher. This was India’s moment of pivot to South Asia from the South China Sea.

Bruised by the loss of Philippines to foul-mouthed and murderous Rodrigo Duterte, Baluchistan was music to the ears of Obama as well. To USA’s solace, this kept the gun pointed to China even closer, targeting its USD 46 billion economic corridor, Pakistan and Middle East. Modi’s newfound assertiveness is legitimized by the US endorsement.

Against this backdrop comes the intervention in Nepali domestic affairs. Modi government wrongly views Nepal’s effort to open up with China as an encroachment to it sacred “dancing arena.” In fact, by imposing a senseless blockade against Nepal for six months, it was Modi who had pushed Nepali Prime Minister KP Oli to the brink and then to the Chinese arms. martaa kya nahin kartaa. Modi should have been at the receiving end for choosing to meddle in the constitutional affairs of Nepal. However, power and megalomania clouded the good sense of Indian diplomacy.

KP Oli was made to pay the price for India’s wrongdoings. FM radios and small newspapers in the border districts of Nepal were mobilized to demonize Oli; his statements were taken out of context; fake videos were circulated in the social media to create a false impression in Madhes region that Oli was the source of all troubles. This has ebbed but still continues because Oli is not yet out of the game. He could stage a comeback anytime because current government appears to be losing credibility every passing day.

Ouster of KP Oli government and bringing Puspa Kamal Dahal Prachanda as the new Prime Minister of Nepal was secured to checkmate the Chinese president’s visit to Kathmandu among other things.

When Nepali Home Affairs Minister visited India as the Special Envoy of his Prime Minister, Sudhaker Dalela, South Block’s new point-man for Nepal and Bhutan affairs, proudly announced among his trusted journalists in a private conversation that Xi Jinping’s visit to Nepal and Bangladesh would not take place. Now it has come to be true.

Finally, Nepal’s new constitution will not be implemented. Modi wants to see Nepal’s reversal to Hindu state; federalism in Nepal is still a non-implementable option for Delhi. Therefore, several outlandish demands have been put forward through Madhesi parties to block the political process.

Nepal will be allowed to take the path of stability only when Nepal’s political parties collectively agree to review these two items from their new constitution. They should do it sooner than later or collectively stand up to the next door bully. UML alone will not suffice. For now, it is Modi-mission accomplished in the Himalayas.