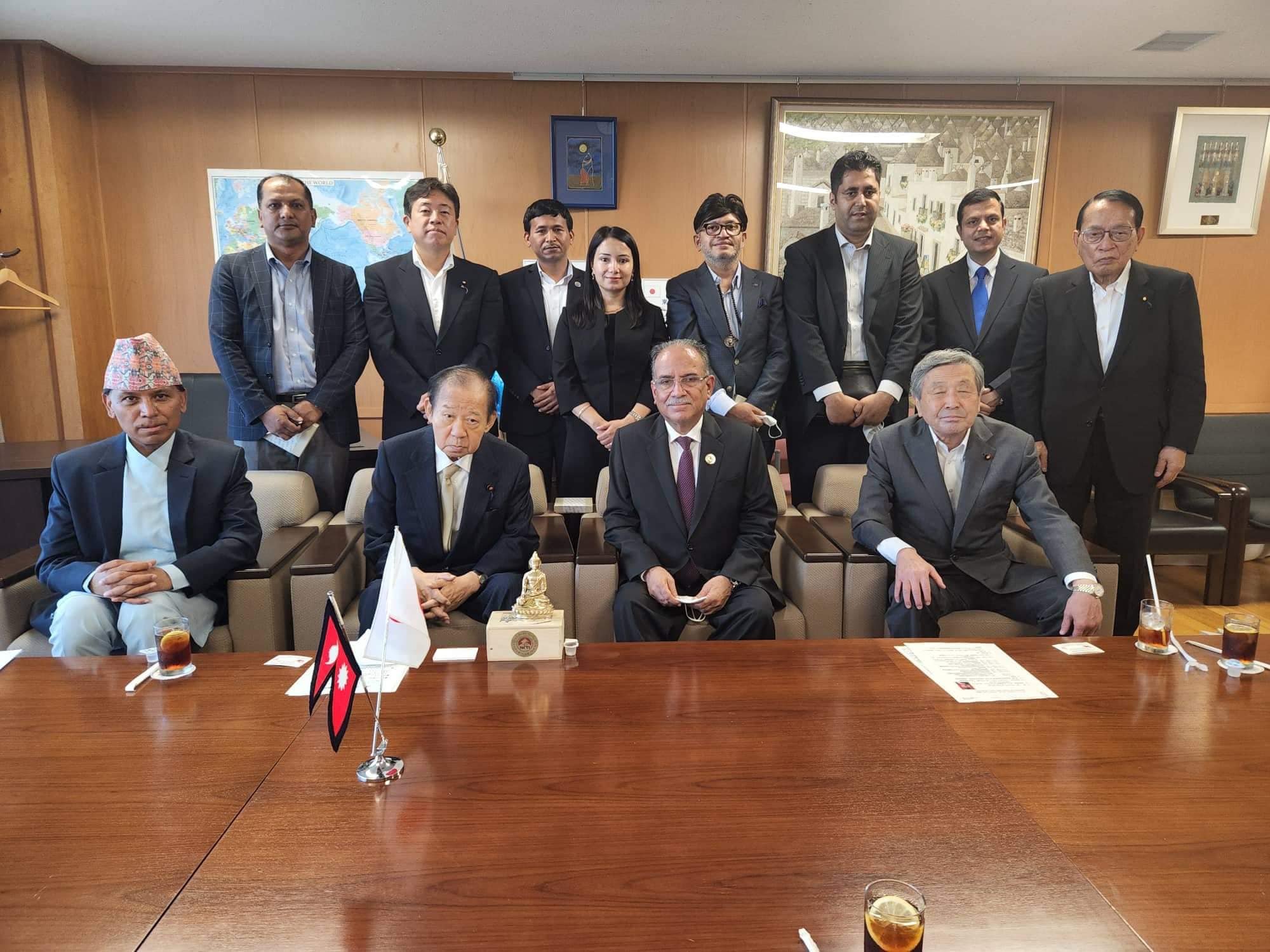 LDP is currently the ruling party in Japan. Nikai is the LDP’s former general secretary, former economy, trade and industry minister and is the member in the House of Representatives. He is also the President of Nepal-Japan Parliamentary Committee. He was accompanied by other senior leaders in Japan during the meeting with the former Prime Minister of Nepal.

On the occasion, leader Dahal urged the Government of Japan to increase the scale of its assistance to Nepal’s agriculture, tourism, hydropower and physical infrastructure development sectors.