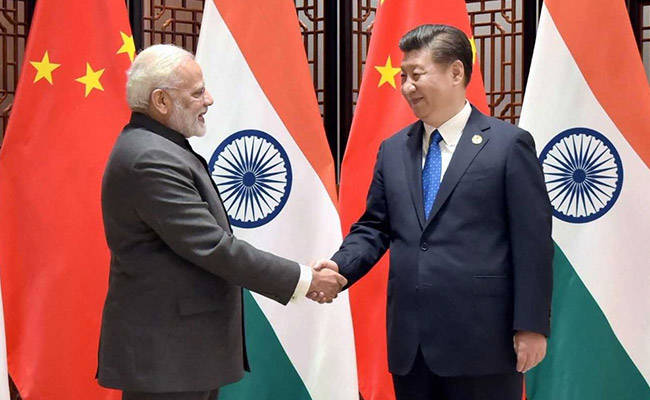 By Shi Jun (Global Times, 9 October 2019) – The second informal meeting between President Xi Jinping and Indian Prime Minister Narendra Modi, which is scheduled between October 11 and 12, is set to enhance bilateral relations and trust along with fostering cooperation between the two Asian countries in all fields.

In comparison with Northeast and Southeast Asia, China’s links to South Asia are impeded by geographical barriers like the mighty Himalayas and the massive Karakoram mountain range.

Though China is not too distant from the Indian subcontinent, terrain renders the cost of people-to-people contacts and economic links high. Yet the prospects of cooperation between China and South Asia remain good.

India enjoys a special standing in South Asia. It leads the region in area, population and economic indicators. India is not only an important regional partner of China but also to some extent influences China’s cooperation with other countries in the region.

China is a close neighbor of South Asia as it has borders with five of eight countries in the region, namely Afghanistan, Pakistan, India, Nepal and Bhutan. With implementation and development of the China-proposed Belt and Road Initiative (BRI), Beijing has increased its investment and influence in South Asia and become an important stakeholder in the region.

There have been voices in India worrying about China’s presence in South Asia. However, we are in an age in which both China and India need an enabling environment to develop the economy. It also demands deeper interactions between countries, especially neighbors, to build a community of shared future for mankind.

It is not a zero-sum game for China and India in South Asia. There is enough space for the two to cooperate with each other and with other countries in the region.

First, people wish to see China and the eight South Asian countries with stronger links. The population of about 2 billion in South Asia endows it with great business opportunities. But weak links within South Asia and between the region and China have placed severe constraints on the countries to make full use of their potential and translate demographic dividend into the fruits of economic development.

In recent years, various initiatives aiming at promoting interconnections have been proposed by China – such as the China-Pakistan and China-Nepal-India economic corridors – and by other countries.

Second, China and South Asia have great potential to carry out industry cooperation. After over 40 years of rapid growth, the Chinese economy has entered a “new normal” and is faced with the task of structural adjustment to ensure its development. In the meantime, South Asian countries are in different stages of industrialization and urbanization with strong needs for traditional manufacturing such as small appliances, automobiles and power equipment. The reality of China and South Asia being at different stages of development clearly provides a broad space for both sides to strengthen cooperation and augment capacity.

Third, China and India will be able to together promote the Asian Century. Although land connections in South Asia are not smooth, sea links are more convenient. To the east, it can be linked to Asia-Pacific region via the Strait of Malacca; while to the west, it has connections with the Middle East, East Africa and Europe.

Amid massive geopolitical and geoeconomic changes, the geopolitical importance of the Indian Ocean continues to rise, which directly boosts India’s strategic position. As the world’s second-largest economy, China has its strength in the West Pacific region which is second to none.

If Beijing and New Delhi speak jointly on international and regional affairs, the entire world will listen. This obviously is conducive to building a new international political and economic order that is in favor of emerging markets and other developing countries. As splendid ancient civilizations and big developing countries, China and India can do a lot on the world stage. Although China-India ties have been through twists and turns, as co-proposers of the Five Principles of Peaceful Coexistence, the Asian neighbors clearly have enough wisdom to overcome difficulties and push forward a closer development partnership.

The author is an observer of Indian affairs based in Beijing. [email protected]