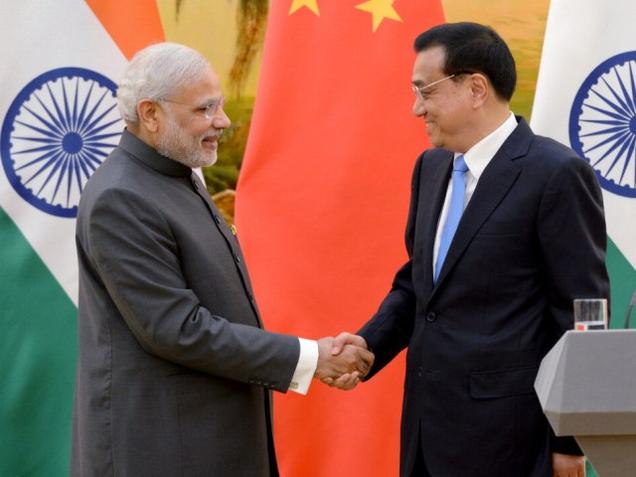 The final engagement of his three-day visit to China was a speech to the expatriate Indian community.

Narendra Modi found himself marking a year as Prime Minister of India in neither his home state of Gujarat nor his current base of New Delhi – but incredibly, in the bustling metropolis of Shanghai.

The final engagement of his three-day visit to China on 14-16 May 2015 – which generated a tremendous amount of interest in both countries – was a speech to the expatriate Indian community that gathered from different parts of China to catch a glimpse of India’s leader. I was one of them, and I doubt I shall forget that spectacle for a very long time to come.

A refrain of Modi’s Shanghai speech was that vaqt badal raha hai (the times are changing). Having been at the event, it’s hard to argue with that. An event like this would have seemed implausible even a year ago.

When I first arrived in China from the UK in 2011, I was struck by how few Indians there were to be seen. This impression was compounded by discovering over the next few days how limited the flight options between China and India were, in great contrast to the daily (often multiple) flights between China and the UK and other more distant destinations.

Although as early as 2009, business school academics in Shanghai brought together leading practitioners, diplomats and experts to reflect on Sino-Indian business activity, based on those initial observations of mine it seemed that neither nation saw the other as much of a priority.

But in this part of the world, a lot can (and does) happen in four years. The Modi event in Shanghai certainly suggests progress has been made since I first set foot in China: in the proactiveness of India’s approach to foreign relations, in the willingness of China and India to engage with each other, in the ability of the Indian community in China to cohere.

As I reflect on this event I am encouraged and cautious in equal measure about China-India relations in general and Sino-Indian business activity in particular, for three reasons.

Prior China experience underpins the charm offensive. My biggest source of encouragement stems from the fact that although this was Modi’s first visit as Prime Minister, it was far more being his first experience of China. Indeed, the one bright spot in my early dismal assessment of China-India dealings was Modi’s visit as Gujarat Chief Minister in November 2011 – and that had been his fourth such visit. I teach international strategy in a business school, and I emphasize to my students the importance of prior experience in helping entrepreneurs and managers succeed in foreign markets knowledgably. Modi’s China experience of the past augurs well for what India can achieve in China, and how effectively he utilizes this experiential knowledge may well make a big difference to whether his visit ends up yielding incremental advances in business opportunities for Indian businesses in China and vice versa – or representing a genuine inflexion point that heralds the next substantial wave of Indo-Chinese commercial activity.

Honesty about problems helps, but doesn’t fix them. My biggest source of caution arises from the fact that the honest acknowledgement of problems is a necessary but insufficient condition for solving them. Modi has been justifiably commended in the Indian press for being frank about the need for tackling vexing issues such as border disputes, and his Chinese counterpart has reciprocated the candour. This helps, but the proof of the pudding will become apparent only in the months to come as the interfaces established on this visit are utilized for continued dialogue. The devil, as ever, lies in the detail. Business veterans in China, including some from India, often comment about the need for commitment, patience and persistence in cracking the Chinese market. Surely, this holds for Sino-Indian diplomacy as well. (In the meanwhile, though, Modi has no dearth of lessons to carry to India from China: cleanliness, safety (especially of women) and infrastructure – arguably the most visible difference between the two countries.)

There is an Indian community in China! Whatever the actual outcomes of Modi’s visit for Sino-Indian business, the event has already made history in bringing together far-flung expats of Indian origin in China on an unprecedented scale. The significance of this might not be easy to grasp for those living amongst numerous people of Indian origin in the US, UK, South Africa, the Middle East and Down Under. In China, however, the sight of Indian restaurants and other signs of a thriving Indian community is not commonplace outside of the large metropolises (or Yiwu, an outlier and the city with the largest contingent from outside Shanghai at the event). So to have nearly 5000 people of Indian origin under one roof was truly remarkable. A colleague of mine who attended the event commented to me: “I have always wondered where all those Indians travelling with me on Air India flights to China went, because I’ve never seen them afterwards. Now I know!” This community represents social capital that future Indian entrepreneurs and managers entering China can tap.

There is no doubt in my mind that the Indian gathering at Shanghai in Modi’s honour will reverberate amongst the Indian community in China for a while yet. It was that sort of an event. Several years ago, when I was a newly minted lecturer at Glasgow University, I was greatly honoured to be invited to an Indian community reception in London for the then Prime Minister Dr Manmohan Singh. My recollections of that event in London are of low-key dignity and a profound sense of history. This event in Shanghai was one of high-octane celebration and a profound sense of anticipation.

So, where to from here? India has to be honest enough (to itself) and understand – even while spouting positive intent and confidence in public – that although China and India are often taken in the same breadth, in reality it is a distant second to China as an economy. The interest that Modi has generated in China therefore acquires even greater significance, and it is to his credit that he has come across in the media, both in China and India, as one who wouldn’t settle for anything but treatment as an equal. And yet none of this can mask the fact that India and China are great rivals – not necessarily foes, but rivals who compete and strive to enhance their investments, innovation and institutions.

That said, I would aver that the debate as to whether China and India are (or should be) friends or rivals represents a false dichotomy. Rivalry between the two most populous nations in the world, widely regarded as the two largest economies of the future, is virtually inevitable. But what is not inevitable is whether this rivalry is friendly or bitter.

An important understanding I have acquired of China is that oftentimes the Chinese deal with dilemmas somewhat differently from their Western counterparts – they tend to opt for “both…and” rather than “either…or”. This may be a good way to go with Sino-Indian relations. Because in this instance, neither nation can afford not to be rivals – or to destroy friendship over their rivalries. What China and India need to work out therefore is how to be rivals and friends at the same time.

is an Associate Professor in International Business & Strategy at Nottingham University Business School China. His latest book is Born Globals, Networks and the Large Multinational Enterprise: Insights from Bangalore and Beyond (London, Routledge, April 2015)