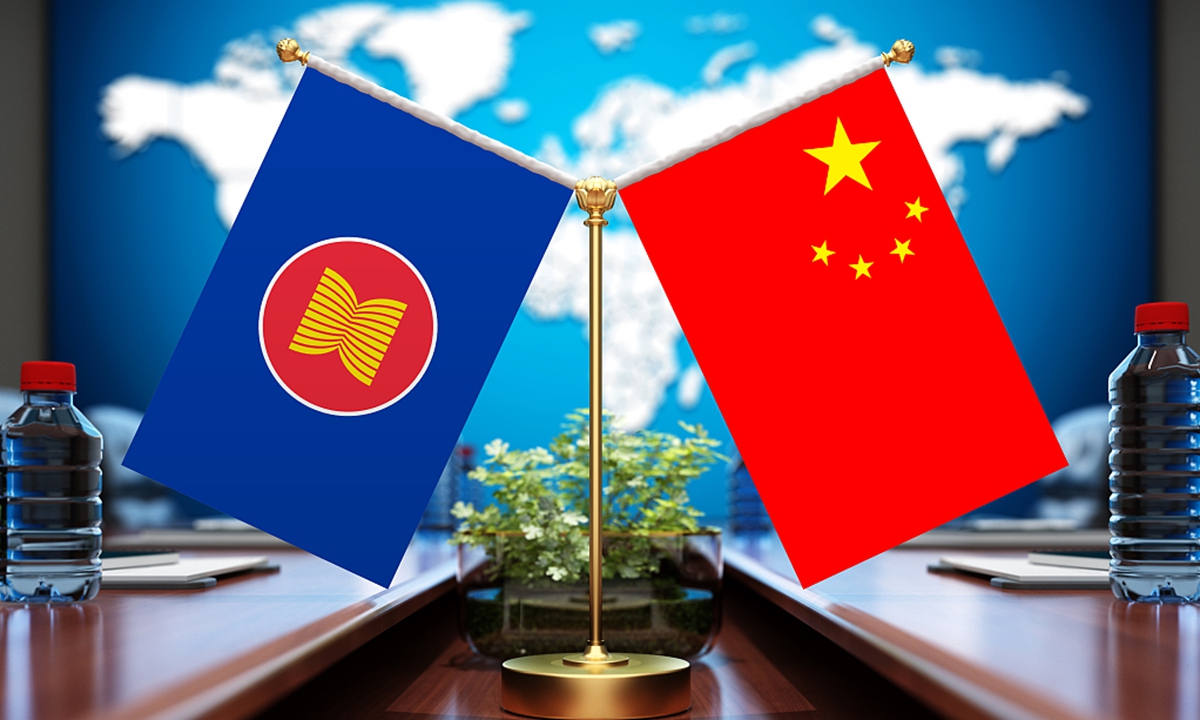 Global Times (19 November 2021) – China and the ASEAN are expected to officially upgrade their relations to tap into more high-quality cooperation potential – including COVID-19 vaccine research – at the upcoming special summit commemorating the 30th anniversary of ASEAN-China dialogue relations on Monday, Chinese observers said, after the two sides deepened mutual interests through “Asian means” of mutual respect, friendly negotiation and win-win cooperation throughout the past 30 years, creating the most successful example of cooperation in the Asia-Pacific region.

The summit follows a virtual meeting between leaders of China and the US, which prompted some US allies, such as Australia, to begin to adjust their own China approach by seeking dialogue with China. Observers said this is not the case with ASEAN, as the bloc had never clung to the US or turned itself into a card used by the US to contain China, especially since the South China Sea arbitration ruling in 2016; instead, it has focused on its own practical needs and interests and pursued a closer cooperation with China.

President Xi Jinping will attend and chair the ASEAN-China Special Summit to Commemorate the 30th Anniversary of ASEAN-China Dialogue Relations from Beijing on Monday. The summit will be held via video link, Chinese Foreign Ministry Spokesperson Hua Chunying announced on Friday.

Analysts said the Chinese leader’s attendance of the special summit shows in action that China holds ASEAN as a high priority in terms of diplomacy, especially in neighborhood diplomacy, and is ready to deepen cooperation and make it sustainable and high quality in the next 30 years.

The upcoming special summit is likely to see China-ASEAN relations further elevate to a comprehensive strategic partnership, which is natural given the two have become each other’s largest trading partners, most connotative partners and most dynamic strategic partners, and have served as an important pillar for peace, stability and prosperity in the Asia-Pacific, analysts said.

Both China and the ASEAN have expressed their willingness to upgrade the relationship this year. In June, Chinese State Councilor and Foreign Minister Wang Yi said while meeting with foreign ministers of ASEAN countries in Southwest China’s Chongqing in a Special ASEAN-China Foreign Ministers’ Meeting that the two sides may explore ways to elevate China-ASEAN relations to a comprehensive strategic partnership.

Many Western media reported it by linking it with a similar partnership ASEAN reached with Australia, saying Australia beat China to get such a deal.

But Chinese observers stressed that China and ASEAN sought to upgrade their relations purely out of the practical needs of both sides, which is not targeted at or affected by any third party.

Xu Liping, director of the Center for Southeast Asian Studies at the Chinese Academy of Social Sciences in Beijing, told the Global Times that China-ASEAN relations are the most dynamic and successful example for regional cooperation in Asia-Pacific, as the two have been practicing an “Asian means” of mutual respect and friendly negotiations when managing disputes while seeking mutual development and safeguarding regional stability.

China-ASEAN relations have created an example for international relations between countries with different social systems, at different development stages and with differences, Yang Xiyu, a former Chinese diplomat and senior research fellow at the China Institute of International Studies, told the Global Times.

China supported the pilot role of ASEAN in regional cooperation, which has expanded from ASEAN+1 to the ASEAN+6 group, namely 10 ASEAN members and six countries in the region – Australia, China, India, Japan, South Korea and New Zealand, and China-ASEAN relations have injected confidence into regional and even global development, Gu Xiaosong, dean of the ASEAN Research Institute of Hainan Tropical Ocean University, told the Global Times.

Dr Koh Chin Yee, managing director of yan.sg, a Chinese language WeMedia in Singapore, told the Global Times that there is certainly much anticipation for the upgrade in relations.

The upgraded relations would entail even deeper cooperation at multiple levels across the fields such as trade and investment, connectivity, people-to-people exchanges, culture and education, collaboration in science and technology, as well as traditional and non-traditional security issues including climate change, food security, and public health, he said.

Stable China-ASEAN relations have somewhat prevented the further deterioration of relations between the world’s two largest economies, Gu said, as the bloc, indispensable for the US’ China-containment approach, firmly clung to its position of not picking sides despite facing growing pressure from the US. The group’s decision certainly diluted the US’ Indo-Pacific policy which aimed at splitting up ASEAN and jeopardizing regional stability with security agendas.

The bloc’s stable relations with China also enables China to serve as a “mediator” in the Myanmar issue, analysts said, and they believe that it is significant for China to first uphold the solidarity of ASEAN, then, under this principle, promote negotiation between ASEAN and Myanmar, and support peaceful and stable development in Myanmar, which is in the common interests of Myanmar, ASEAN and the whole region.

Looking forward, China and the bloc will tap into new cooperation potential in fields such as vaccine research and production, digital economy and ecological cities, explore connectivity under the ASEAN Outlook on Indo-Pacific, and deepen free trade agreements, Chinese analysts said.

The deepened bilateral relations will see the two become the first to rebound in people-to-people exchanges in the world with mutual vaccine recognition and experience the fastest post-pandemic economic recovery in the world, analysts said.

After the virtual meeting between Chinese and US leaders that sent relatively positive signals to all involved, the US allies that have chosen to act rather hostile to China have shown a change in policy by trying to seek constructive dialogue with China.

But that’s not the case with ASEAN, Gu said, noting that ASEAN has never clearly showed signs of following the US in its China policy, instead it has only emphasized its pragmatic needs. The bloc has apparently maintained closer relations in trade and communication with China, especially since the pandemic.

In recent months, the South China Sea has increasingly been turned into the forefront for the US’ anti-China policy. The US has not only frequently sent aircraft carriers into the region, but also teamed up with allies including the UK and Japan for multinational joint naval drills.

Analysts believed that more ASEAN members understand the US’ real role in the international arena; that is, splitting up regions and existing partnerships, just like what it did in Afghanistan and by setting up the AUKUS alliance, putting regional countries’ economies and people’s lives under direct threat.

Koh King Kee, president of the Centre for New Inclusive Asia in Malaysia, told the Global Times previously that AUKUS is a US-led united front and an additional component of its Indo-Pacific Strategy to contain China, but no ASEAN country is likely to join the US-led “Asian NATO” in view of close trade ties with China.

Koh said that in the eyes of many people, the US is a self-centered superpower that cannot be trusted.

The China-ASEAN summit is scheduled before next month’s US democracy summit, and the Philippines was on the US’ invitation list, according to Foreign Policy.

But the Philippine government was still considering whether to participate, Reuters quoted an official at the Philippines’ foreign ministry as saying in early November.

Chinese analysts said the US is very likely to use so-called democratic values to mobilize countries to join its anti-China alliance and take away China’s business partners, but China does not care about whether ASEAN members would attend the US’ summit as it’s impossible for the US to force ASEAN members to get on its democratic chariot.