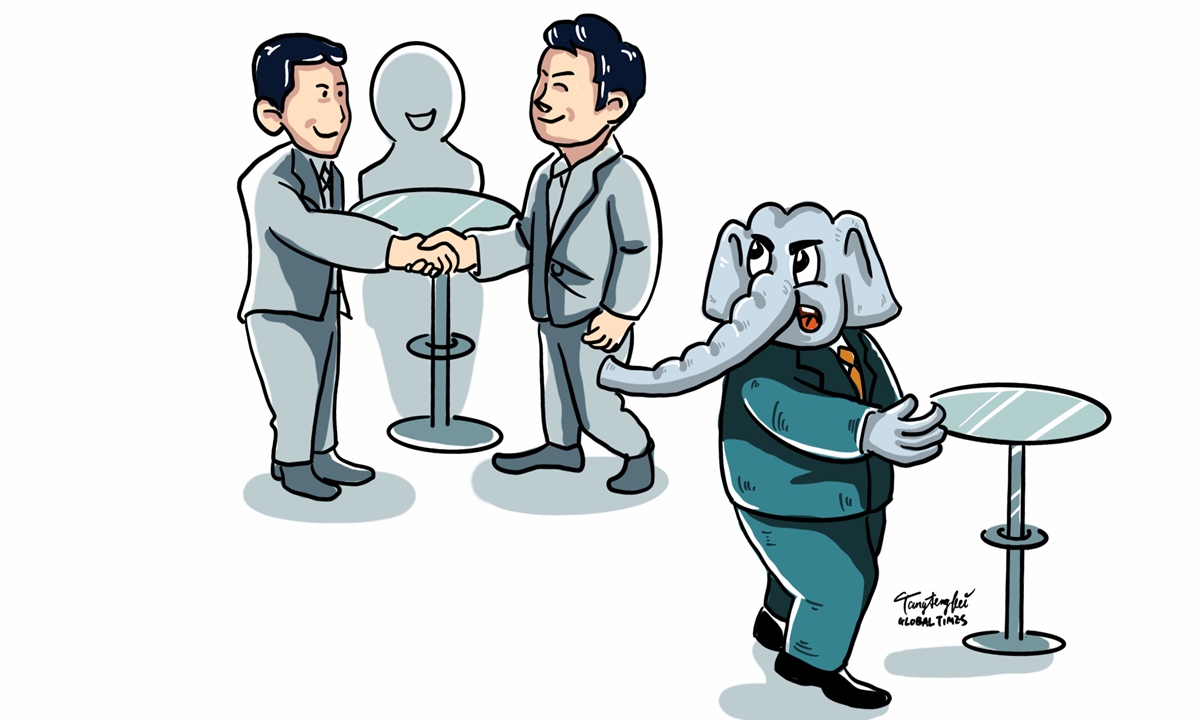 Global Times (17 October 2021)- Senior diplomatic officials of China and Bhutan signed a memorandum of understanding on a three-step roadmap for expediting the Bhutan-China boundary negotiations during a videoconference on Thursday. Both sides spoke highly of the progress. We hope the China-Bhutan boundary negotiations that started in 1984 could be sped up, allowing the two countries to establish diplomatic relations at an early date. It’s well-known that Bhutan is the only neighboring country that has not established diplomatic relations with China.

Bhutan is located in the southern slopes of the Himalayas. With an area of 38,000 square kilometers and a population of less than 800,000, it is sandwiched between China and India. Bhutan doesn’t have diplomatic relations with China, nor has it established diplomatic relations with any other permanent member of the UN Security Council. This is abnormal. It’s because India has exercised long-term comprehensive control and influence on Bhutan, which has restricted it from developing foreign relations.

China has delimited land borders with Russia in the north, Vietnam in the south and Central Asian countries in the west. To complete border talks with Bhutan shouldn’t have been so difficult. The problem lies in the country behind Bhutan – India, which has served as a complicated factor.

India once demanded to negotiate the border issue with China on behalf of Bhutan. After its goals failed, it has tried to exert influence on every detail of the China-Bhutan negotiations. The Doklam crisis broke out between China and India in 2017. The area was between China and Bhutan, but India claimed the Bhutanese government requested it to send troops to intervene. This is very absurd from the perspective of the norms of modern international relations.

After China and Bhutan announced the signing of the MoU, all Indian media have been keeping watch on New Delhi’s attitude. By press time, the Indian Ministry of External Affairs only said India has “noted” the MoU and hasn’t made any further comment. We don’t think New Delhi should make any statement. It’s a matter between two sovereign countries to sign the MoU. If India pointed its fingers at it, it could only prove to the world that India is eroding the sovereignty of a weak and small country.

India shouldn’t say anything publicly, nor should it continue to exert pressure on Bhutan or dictate what Bhutan should do in its border negotiations with China. A demarcation line between China and Bhutan will delimit the two countries’ territories. If India believes how the demarcation is settled will influence India’s national interest, it will prove that India has improperly extended its national interests into the territory of Bhutan and wants to turn Bhutan into an outpost of India’s China policy. These are further violations of the norms of international relations.

The Himalayas form a natural barrier between China and South Asia. Historically, relationships between those in the north and south sides of the mountains are not confrontational. Moderate cultural exchanges have laid the cornerstone for their exchanges. Territorial delimitation in this region should be realized through negotiations and consultations. It’s a pity for the whole region that there have been so many border disputes and conflicts. It’s hoped China and Bhutan could negotiate a mutually satisfactory result and set an example for the region to solve border disputes left over by history.

India needs to support the China-Bhutan border negotiations. It will be good for opening the mind of Indian society and easing the radical Indian public sentiment toward the China-India border issue. It’s fair to say the excessively expanding nationalist sentiment in India has put a great restraint on the country’s effort in solving territorial disputes with other countries.

India is the biggest and strongest power in South Asia. But it’s time to end its old-fashioned control over Bhutan. India should also curb its desire to exert abnormal influence on countries like Nepal and Sri Lanka. South Asian countries are willing to develop relations with China and they have the right to do so. India should transcend narrow-minded geopolitical thinking when looking at these countries’ moves of strengthening economic and other links with China, and should not fantasize that China is encircling India. There are not so many encirclements in today’s world. China has neither a military alliance nor special cooperation that targets India with any of those countries. India wants to expand its influence. To this end, it needs to first be open-minded and not be oversensitive.

It seems that China and Bhutan will reach a border agreement sooner or later and will eventually move toward the establishment of diplomatic relations. This is progress that the two neighboring countries are supposed to make. If it stalls, people will wonder whether India again put pressure on Bhutan and infringed on its sovereignty. We don’t want to see India continue with a regional hegemonic image in the international community. India should be truly open, have a sense of self-esteem, and respect its neighbors and partners.