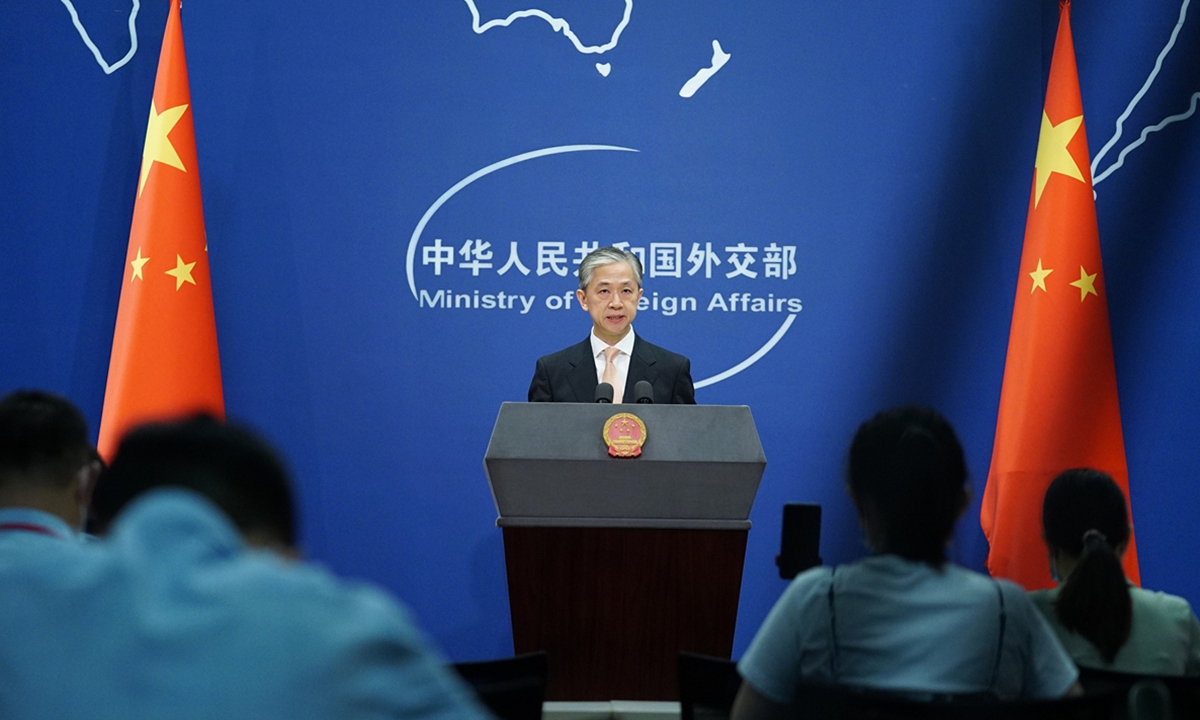 By Global Times ( 2 May  2022) – International rules should be the norms governing international relations based on the purposes and principles of the UN Charter, rather than the rules of a small circle or clique, Wang Wenbin, spokesperson of the Chinese Foreign Ministry responded on Thursday to UK Foreign Secretary Liz Truss’ “warning” that China must play by international rules.

“Countries must play by the rules. And that includes China,” Truss said in a speech at Mansion House in London. “They will not continue to rise if they do not play by the rules. China needs trade with the G7. We (the Group of Seven) represent around half of the global economy. And we have choices,” she said.

Truss said NATO needed to have a global outlook that extended to democracies outside its membership, according to Reuters.

In response, Wang said that the Cold War has long since ended, and NATO, as a product of the Cold War and the world’s largest military alliance, should assess the situation and make necessary adjustments. “However, NATO has long adhered to the old concept of security, engaged in confrontation between factions and become a tool for individual countries to seek hegemony,” Wang noted at Thursday’s press briefing.

Wang said that NATO claims to be a defensive organization, but in fact, it is constantly creating confrontations and disturbances. “NATO demands that other countries abide by the basic norms of international relations, yet wages war and engages in indiscriminate bombing of sovereign states, killing and displacing innocent civilians.”

Wang said that NATO, which is known as a military organization in the North Atlantic, has been flexing its muscle and provoking conflict in the Asia-Pacific region over recent years and the impact of NATO’s Eastward expansion on peace, stability and long-term stability in Europe deserves reflection. “NATO has already messed up Europe, should it also mess up the Asia-Pacific and the world?” Wang questioned.

Truss also criticized China for not condemning Russia over the Ukraine conflict.

China’s position on the Ukraine issue has been consistent and clear. “We have always made independent judgments based on the merits of the case,” Wang responded.