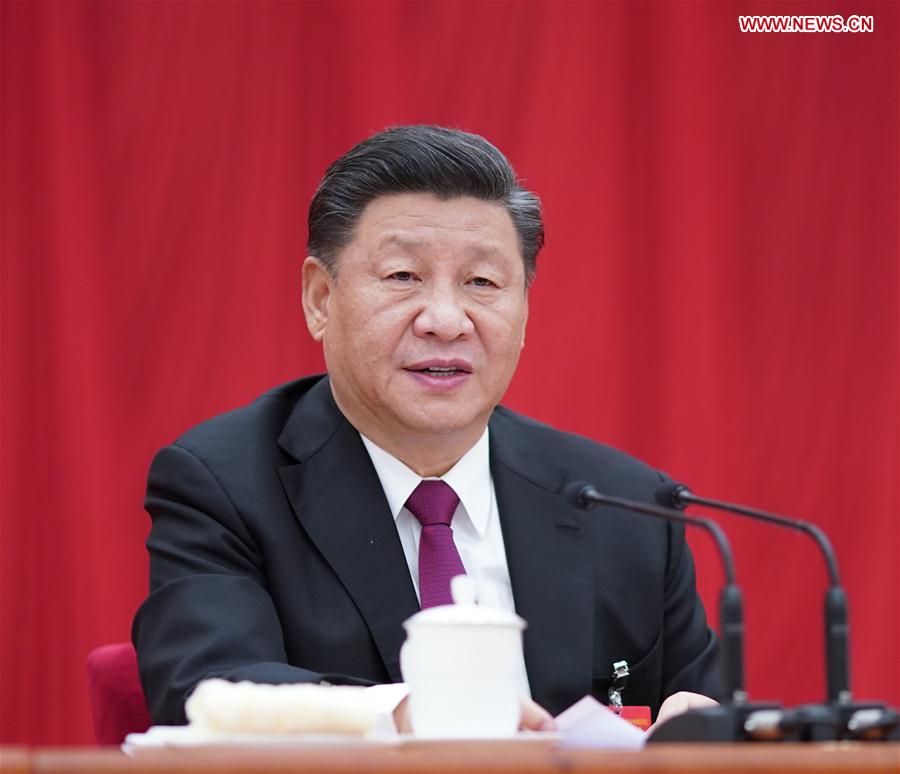 Xinhua (8 November 2019) – Over the past 70 years, China has created twin miracles: rapid economic development and long-term social stability, a feat rarely seen elsewhere in the world.

The Communist Party of China (CPC) has unveiled a secret to its success. In a milestone document, it elaborated in detail the strength of its systems: the system of socialism with Chinese characteristics and the system of governance.

The document, adopted at the fourth plenary session of the 19th CPC Central Committee on Oct. 31, also laid out a “roadmap” to better turn institutional strength into even more effective governance.

The “roadmap” — spanning from the present day to the mid-century — covers 13 key fields including Party leadership, democracy, rule of law, the economy, social governance, the environment, defense and diplomacy.

Academics and experts interviewed by Xinhua shed light on some of the highlights of the document.

Jiang Jinquan, deputy director of the Policy Research Office of the CPC Central Committee, said the leadership of the CPC is the “defining feature” and “greatest strength” of the system.

Liu Chun, a professor at the Party School of the CPC Central Committee, said implementing the institutional requirement laid out by the document on improving Party leadership will ensure China marches on the path of socialism.

Fudan University professor Sang Yucheng took note of the arrangements to advance socialist democracy, including to uphold and improve the systems of people’s congresses, CPC-led multiparty cooperation and political consultation as well as to consolidate and develop the broadest possible patriotic united front.

Developing socialist democracy is a critical move that concerns the fate of socialism with Chinese characteristics, Sang said.

On rule of law, the document called for improving systems and mechanisms that ensure compliance with the Constitution in every field.

Fu Zitang, president of Southwest University of Political Science and Law, said strengthened law-making in key areas and accelerated introduction of legal arrangements for the extraterritorial application of Chinese law will better protect the rights and interests of Chinese nationals and enterprises overseas.

On the economy, the call for upholding and improving China’s basic socialist economic system is a breakthrough, said Liu Shijin, a member of the National Committee of the Chinese People’s Political Consultative Conference.

Liu said only under a socialist market economy can a market environment be created in which market entities of diverse forms of ownership fairly and equally compete and enjoy equal legal protection.

Establishing a high-standard market system and new institutions for an open economy of higher standards is the direction made clear by the document on the country’s reform and opening up, according to Liu.

On culture, the document stressed the importance of upholding Marxism as a guiding ideology, which will better foster the Chinese spirit, Chinese values and Chinese strength, said Bing Zheng, a Jilin University professor.

Song Guilun, a professor at Beijing Normal University, noted that the document added “democratic consultations” and “technological support” to the institution building on social governance on the basis of the report delivered at the 19th CPC National Congress.

The document also embedded the philosophy that crime prevention requires joint work from personnel, technology and equipment so as to make it more comprehensive, more systematic and more effective, according to Song.

Sound systems with strict enforcement are essential for realizing the harmonious coexistence between human and nature and carrying out the Beautiful China initiative, said Wu Shunze, an expert with the Ministry of Ecology and Environment.

The document called for upholding and improving the system of “one country, two systems” and advancing the process toward the peaceful reunification of China.

The call will greatly enhance the promotion of the “one country, two systems,” said Qin Qianhong, a law professor at Wuhan University.

“On diplomacy, the document called for upholding and improving the independent foreign policy of peace and working to build a community with a shared future for humanity,” said Gao Fei, a professor at China Foreign Affairs University.

He said that it shows China’s willingness to work with countries around the world to build an open, inclusive, clean and beautiful world that enjoys lasting peace, universal security and common prosperity.

China will open its arms wider to seek common development with countries around the world, contribute to a more equitable international governance system, and moves closer to center stage as a major developing country, according to Gao.