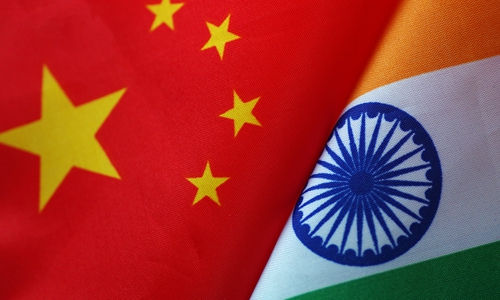 By Mu Lu (Global Times, 8 December 2019) – China and India are likely to hold border talks in late December in an effort to achieve a “fair, reasonable and mutually acceptable solution” to the boundary issues and maintain peace in border areas, according to Indian media reports. This will be an urgent and beneficial move to properly handle bilateral ties and manage differences.

Some other news also shows the two countries are strengthening cooperation. The “Hand-in-Hand” 2019 China-India joint counter-terrorism exercise, the eighth joint training since 2007, began on Saturday. The two governments are working to establish a high-level trade dialogue mechanism to address specific concerns such as India’s trade deficit and China’s investment in India.

We can see China and India have accelerated cooperation after Chinese President Xi Jinping’s second informal meeting with Indian Prime Minister Narendra Modi in October. It is foreseeable that cooperation will be an important trend for Beijing-New Delhi ties in the future.

Guided by a Cold War mind-set, the US Department of Defense issued on June 1 the “Indo-Pacific Strategy Report” in which it defines China as a “revisionist power.” In the meantime, the US sees India as its primary partner in the Indian Ocean region and woos the South Asian country to jointly contain China.

Although India has been vigilant about China’s relations with Pakistan and other South Asian countries, it doesn’t blindly follow the US strategy. New Delhi has realized that keeping benign relations with Beijing is more important than being a part of US Indo-Pacific Strategy and that it shouldn’t consolidate, at its own cost, US dominance in the world order. Realizing a scenario where the dragon and the elephant dance together is the only correct choice for China and India and is also in the fundamental interests of both countries and peoples.

Amid a turbulent world order and complex changes in the regional and international situation, China and India face a number of common challenges and also broad common interests.

To develop common interests and to solve problems left over from history for further cooperation is conducive to enhancing mutual trust between the two sides and making contributions to maintaining peace in the entire Asia-Pacific region.

The Modi government is actively carrying forward a “Neighborhood First” policy in an attempt to balance China’s influence in the region. Modi visited the Maldives and Sri Lanka in June after retaining power, attaching importance to cooperation with the two countries, and expanded investment in infrastructure construction in Nepal.

China also pursues cooperation within the region. However, Beijing and New Delhi are not playing a zero-sum game. Both countries’ increasing investment is conducive to regional development, which will in turn offer the two countries more cooperation opportunities.

It is normal and somewhat certain for China and India, which are emerging big countries, to compete. Nonetheless, both countries need stable surroundings to maintain development. Only benign relations can help inject impetus in their economic growth.

Changes in the international situation are a challenge and opportunity to the two countries, which are at similar stages of development. Both sides should work together to face challenges and seize opportunities, as stable China-India relations are of great significance to themselves and the world.

China-India cooperation will not only bring their peoples tangible benefits but also help increase representation of emerging and developing countries as well as make these countries be heard louder on international stages. In promoting multipolarity and economic globalization, China-India relations remain promising.