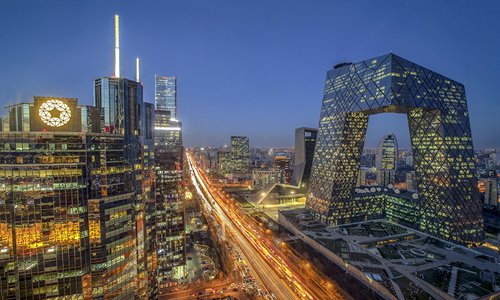 The Global Times (27 September 2019) – The State Council Information Office issued a white paper titled “China and the World in the New Era”on Friday. This is the first governmental white paper that has comprehensively expounded the relationship between China and the world. The white paper focuses on China’s international outlook, its development objectives and the role it plays with a purpose to increase the international community’s understanding on China’s development.

The world is undergoing profound changes unseen in a century and China’s relationship with the outside world is at a critical juncture. How will China that has grown strong get along with the world? Outsiders have never paid such great attention to the question as today. Due to a pervasive cognitive bias among them, the “China threat” theory is on the rise. Therefore it’s imperative to make them acquire a deeper understanding of China’s views.

At the early days of the reform and opening-up, the outside world judged China based on two common standpoints. The first one was that China is poor and weak – a fact at the onset of the reform and opening-up. The other one was China is transforming. Many presumed that the so-called transformation meant a transition from a Communist country to a Western model. As stereotyped as the two judgments were, they still were widely accepted at that time.

However, they are no longer valid in recent years. First of all, China is not a poor and weak country anymore. After 40 years of reform and opening-up, the country’s economy has grown rapidly and its comprehensive strength has not been what it used to be. Given China’s size and population, the country attaining prosperity and power is a miraculous achievement in human history. Second, instead of transforming into a Western model, China has embarked on a development path with Chinese characteristics – what the outside world has called the China model.

The impact the two changes have had on the relationship between China and the world is far-reaching and complex. China’s achievements and its contribution to global economic growth in recent years have been recognized and respected by most countries in the world. The country’s success has inspired some developing countries. However, as China didn’t take the Western road, nor did it yield to pressure yet has risen rapidly, some elites in a few Western countries are disappointed, frustrated and dissatisfied.

China has grown into a giant. But speculations are swirling over how China will use its power. It’s understandable and we should not regard all external suspicions and misunderstandings as hostilities against China.

After all, it is not easy to convince the world the Western logic — that a country is destined to seek hegemony after becoming strong — does not apply to China. Continuous efforts are needed. The white paper reflects China’s commitments to the world. It will to some extent alleviate the anxieties and upsets caused by China’s rise.

Three major consensuses have been formed from the experiences and lessons of the past 70 years since the founding of the People’s Republic of China. First, work hard to build the country with self-reliant efforts; second, realize mutual benefits and win-win cooperation; third, never seek hegemony. Sticking to these, the stronger China becomes, the greater the role it will play in promoting world peace and development.

The white paper also displays the open-mindedness and goodwill of the Chinese people. China opened its door to the world when it was poor and weak. China can’t isolate itself after it gains strength, because we know well that sound interactions between China and the world are mutually benefiting.